E3 impressions: Mega Man 11 captures the spirit of Classic games while building its own identity

Having recently come off of the Mega Man Legacy Collection 2, I was all too eager to check out the return of the Blue Bomber at E3 2018. Capcom’s booth was split between Resident Evil, Street Fighter, Monster Hunter, and Mega Man. While waiting through a hybrid demo area and photo op, monitors were cycling through Mega Man trivia from not just the Classic series, but all the way up to and through Star Force. Chatting with other fans and trying to see who knew the super fighting robot best was a good time.

Once the wait was over, I sat down and got to see the incomplete character select screen. Only Block Man’s stage (first seen in the debut trailer) was available, but I still had fun cycling through the spaces and watching Mega Man’s eyes follow the cursor like they have since the early days. With headphones on and Pro Controller in hand, it was time to warp in and start Mega Busting my way through Wily’s handiwork.

Once in control, two things stood out in particular. One was that the visual style was really fitting, capturing the essence of the distinct art and character designs. Mega Man’s evolved to fit the aesthetic, but it’s the enemies (especially the returning ones) that look better than ever. While the eye-popping pixels may be gone, this is a truly lovely game in motion. 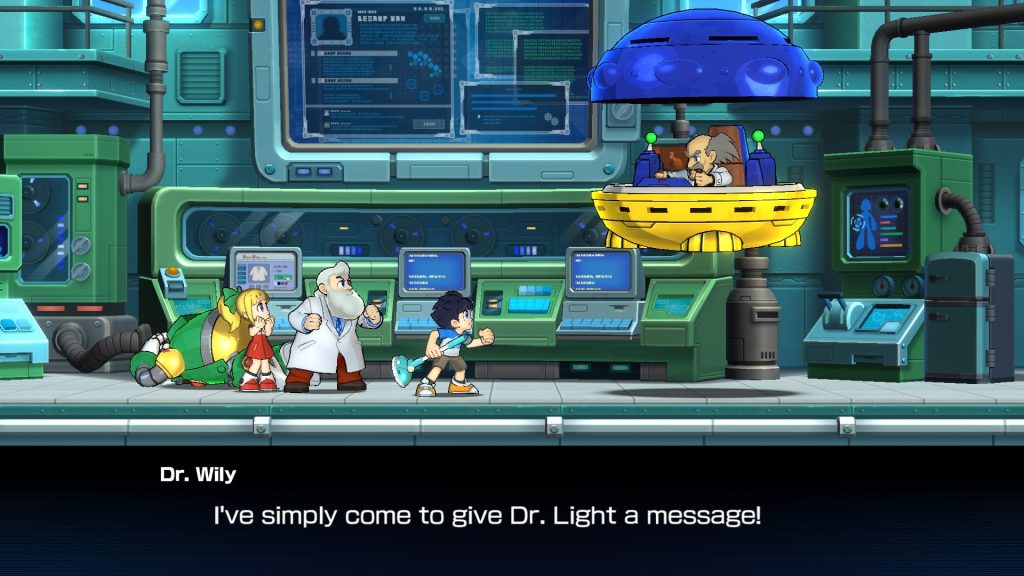 The other was that Mega Man’s horizontal movements felt a little slow, closer to his speed in 7 or 8 than his familiar 8-bit step. It’s appropriate for the larger levels; and things like shooting, charging your shots, and sliding were all responsive and reliable in clutch moments. The level didn’t offer too many platforming challenges, and any missed jumps were caused by enemy interference, not a lack of control or precision.

Being that it was Block Man’s stage, the main focus was breakable brick blocks on the stage. Some sections had them falling from the sky to interrupt your jumps and vertical progress, and other times they’d be blocking your progress while a large, bladed crusher made its way towards you from behind. If I was quick enough, I could bypass some of these; otherwise they offered some tricky sliding sections to get through while trying to stay in one piece. 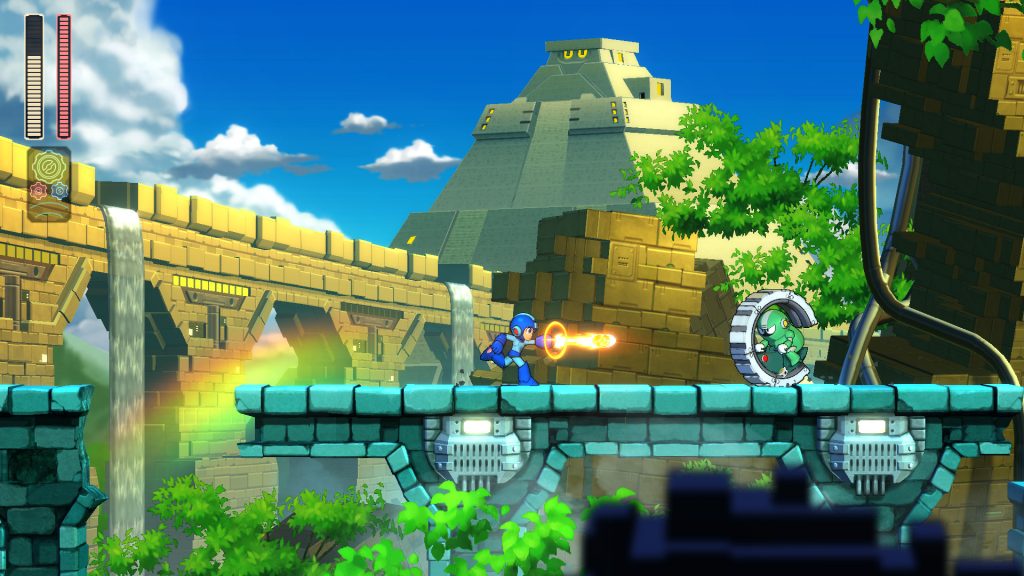 When these and other moments were a little tricky, you could use the game’s new Double Gear mechanic to ease the tension. With the hold of a shoulder button, Mega Man would overclock his inner workings, speeding him up to the point the game world slowed down. Some enemies were even designed with this in mind, like wheel riding robots with only a single gap to thread your buster through. By slowing things down, you can easily make the shot. Unlike special weapons, this regenerated naturally over time when not in use.

It’s not the only power-up Mega Man has though. By holding the other shoulder button, you can instead power up your buster via the same kind of rechargeable meter. This one felt less necessary than slowing down time, but counted most when taking on the stage’s mid-boss. Without using it the fight seemed to take forever, but by carefully using both of these features, it made the fight much quicker and got me out of it with way more health.

Seeing how the game is building itself around the Double Gear system, Block Man’s stage was a great one to ease me into that mindset. There were other great touches for longtime fans, as well in terms of streamlining features. Rush Coil had a dedicated button, eliminating the need to go into the menu or cycle through weapons when you need a little boost from your robo dog. The stage felt longer than what I was used to from the Classic games, yet it still managed to introduce features and challenges fairly before upping the difficulty. 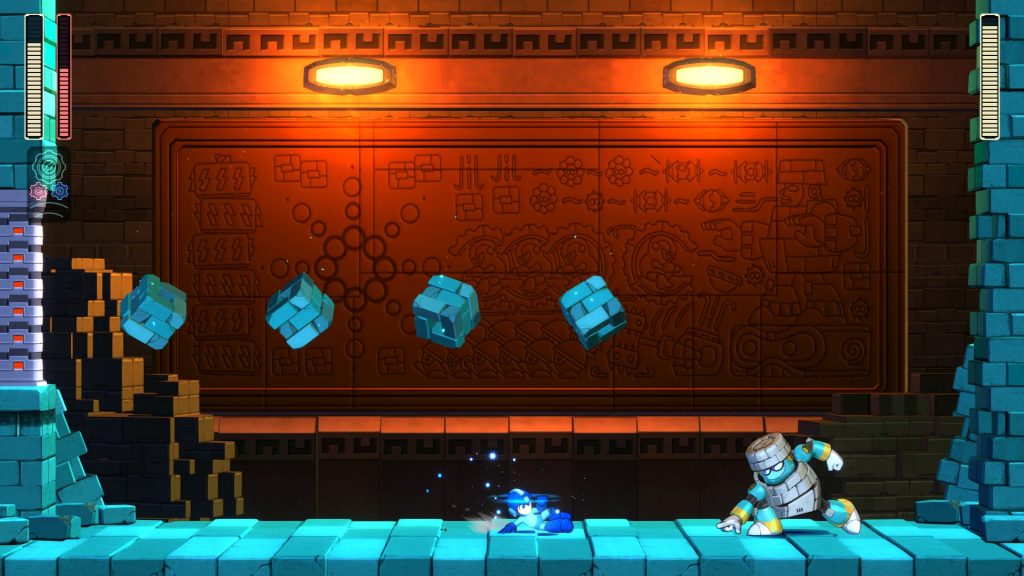 Fighting Block Man himself was good fun, with the boss throwing out voiced lines like Robot Masters would occasionally do in Mega Man 8. The fight went by in phases, with Block Man even growing into some brick based behemoth to try and take me on. It felt distinct from other Robot Master fights, yet it didn’t lose that flow of dodging and shooting that comes with taking one on with just the Buster. If all the bosses have these kinds of moments or beg the use of the Gears system, we could potentially have one of the most diverse lineups of fights in a Mega Man game yet.

Overall, I walked away satisfied with Mega Man 11’s demo. What issues I have are few and far between, but no less there. I feel like the amount of time Mega Man’s in hit stun is overly long (much longer than the Classic games before it), and as great as the overall look of the game is, there are still sections that come off looking like dull hallways in between the more dynamic platforming and shooting sections. It’s too early to say if this’ll veer closer to 2, 3, or 9 in terms of quality — but in the very least, I can say it’ll be one-of-a-kind with its Double Gear System and added presentation.