Crossovers and collabs we want to see in Monster Hunter Rise

We’re now right in the middle of Monster Hunter Rise updates, with April’s new content focusing on Elder Dragons and Apexes. That’s all well and good, and it’s likely Rise 3.0 will continue that pattern while also bringing on a new ending for the game’s story. But what about something else Monster Hunter is particularly famous for – crossovers!

Past titles have not been shy about working in other video games, anime, theme parks, and even food brands; and I anticipate Rise will keep that tradition going eventually. We’ve put together a list of what we’d like to see, some familiar and some brand new to Switch, and the vast majority coming from Nintendo’s own collection of characters and worlds.

The Monster Hunter Rise crossover you can count on most is something from their own catalog of titles. There have been several Capcom costumes in the past, particularly for Palicos, with Monster Hunter Generations Ultimate showcasing that exceedingly well.

In fact, a couple of those are particularly well suited to Rise. For one, the Strider outfit would fit right in around Kamura Village, with NPC Master Utsushi already rocking a similar shinobi-like look. The other must have is an Amaterasu layered armor for your Palamute, bringing the Okami vibes during that game’s 15th anniversary year. 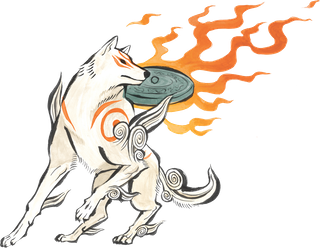 The biggest issue with any potential Capcom content in Rise is that most of its “big” franchises are seeing releases on other platforms. Street Fighter V, Devil May Cry 5, and the latest Resident Evil games aren’t available at this time so any cross promotion would feel a bit out of place. Monster Hunter World checked those boxes well and regularly, though, so who knows – maybe we could see some Great Ace Attorney outfits.

To put that another way: Capcom, please let me hunt as Herlock Sholmes.

Fire Emblem continues to do well for Nintendo, with Three Houses becoming the best selling game in the long-running series. Crossover content from Awakening previously made its way into Monster Hunter, giving this connection some past precedent as well. Three Houses, though, has much more potential thanks to the shared spotlight amongst its main characters and their varied weapon choices. 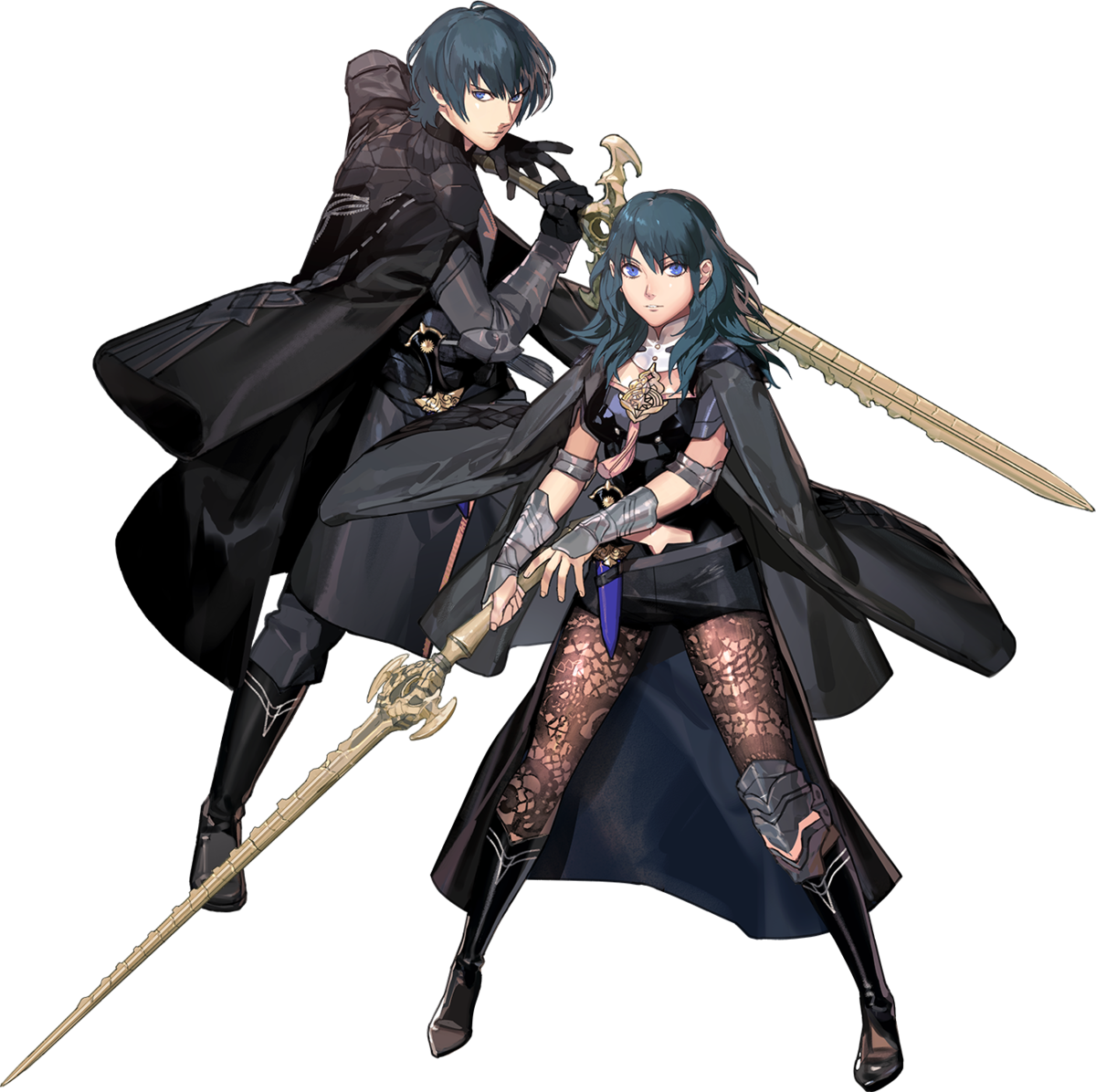 Sure, you could one and done it with Byleth based armor (and the Sword of the Creator could make a sweet Long Sword), but the three house leaders are just begging to take their own Heroes’ Relics to task in Monster Hunter Rise. Armor sets for post-timeskip Edelgard, Dimitri, and Claude would all be visually distinct from each other and what’s currently in Rise.

Their preferred weapons would likewise translate well. Failnaught is the easiest to fit, being a Bow and all, but both Aredbhar and Amyr have multiple potential options. If it were up to me I’d say Insect Glaive and Hammer respectively. Throw in some Garreg Mach uniforms for your Buddies and it’s the perfect strategy for a collaboration.

Speaking of Nintendo characters thriving as mobile games, Dragalia Lost previously hosted an entire event based on Monster Hunter itself. That brought Rathalos and some special, armored up variants of Dragalia characters to the game and it’s high time the Halidom return the favor.

With main character Euden/the Prince having two main looks, it’d be a perfect way to split Low Rank and High Rank rewards, making this a great crossover to roll out early in Rise’s DLC life. Naturally his more regal Gala version would be the High Rank armor, and a matching Sword and Shield could pair with it well. 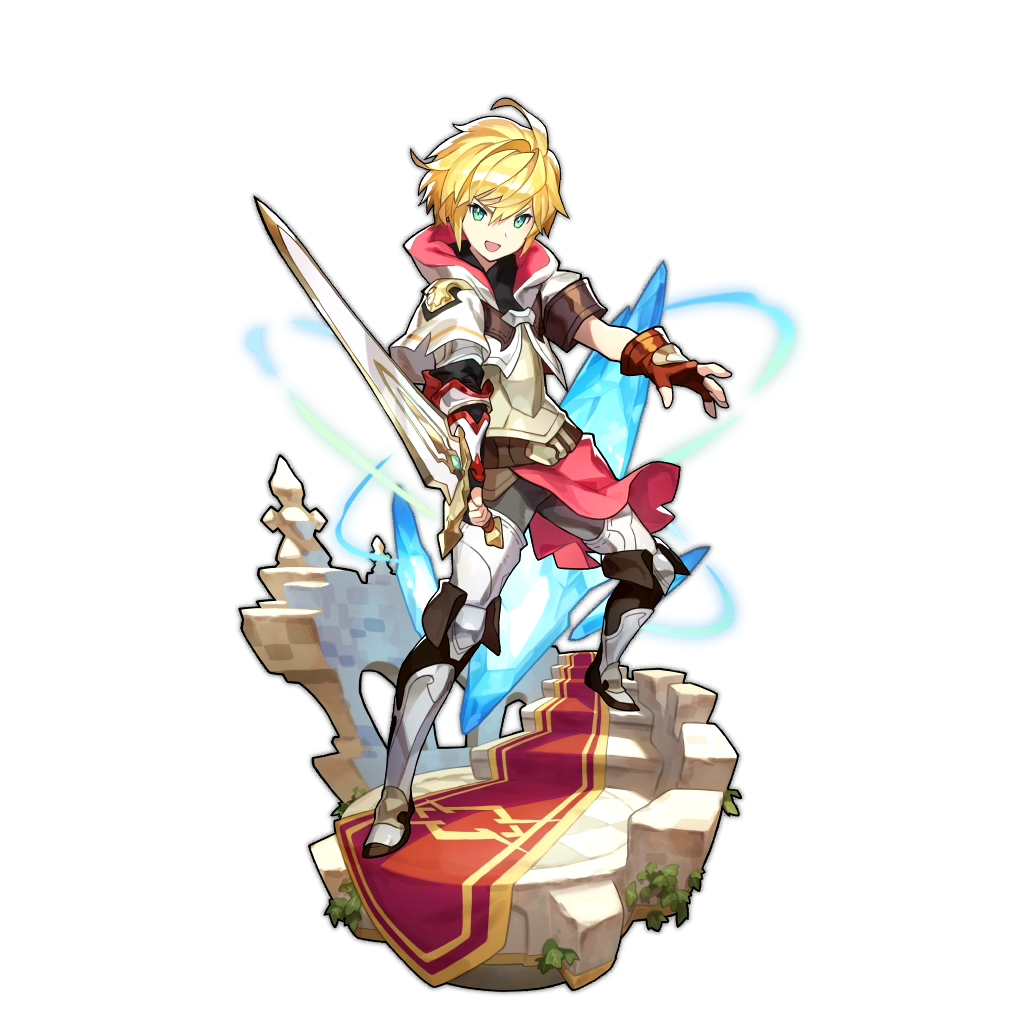 While Euden doesn’t wield a shield himself, Monster Hunter has taken liberties or gotten creative in the past – perhaps he could pick up one inspired by Midgardsormr? If not that, then his Pactsworn partner would make for a great Buddy set, though I’d be more excited for a Palico themed to his fairy companion Notte to make for a sweet sassy molassy sidekick. 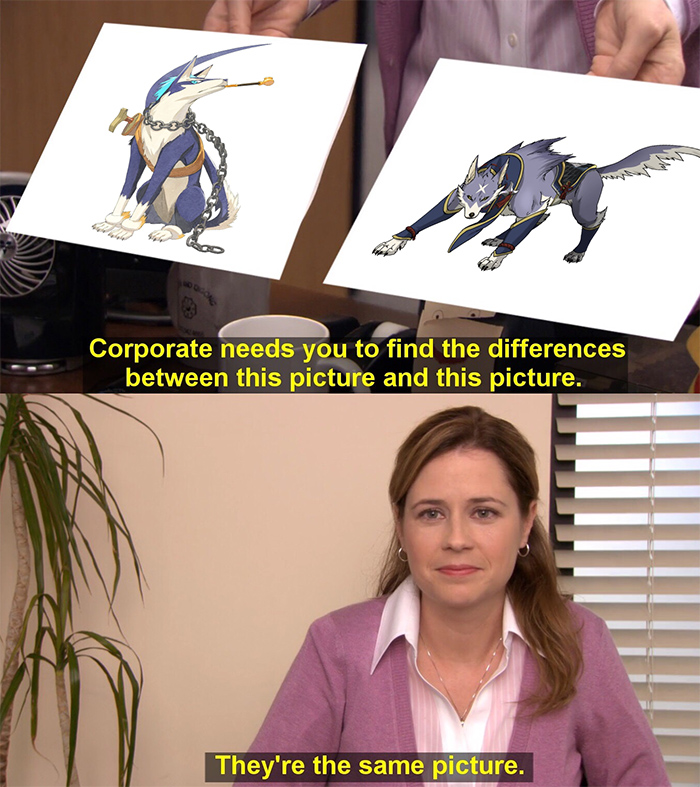 This right here is the one. This is the show stopping, announce it at E3, “get people (even more) onboard with what you’re selling” collab Capcom and Nintendo need to give the world. More than any other potential Nintendo x Monster Hunter DLC, this one has so much potential and makes perfect sense. Hell, they’ve done it before in Generations Ultimate, but this is an opportunity to do it even bigger.

Link’s BotW look is a must have, as is the Master Sword and Hylian Shield combo. There could even be adjustments to climbing animations to better reflect the source. What I really, really want to see though is some kind of Legend of Zelda monster get added to Rise as well. In Monster Hunter World, for example, there was a full questline themed to The Witcher 3: Wild Hunt. It brought familiar elements and structure, and culminated in a faceoff with a Leshen, a creature from Geralt of Rivia’s home game. If Zelda got a similar treatment, I can think of only one foe befitting this – a Lynel. 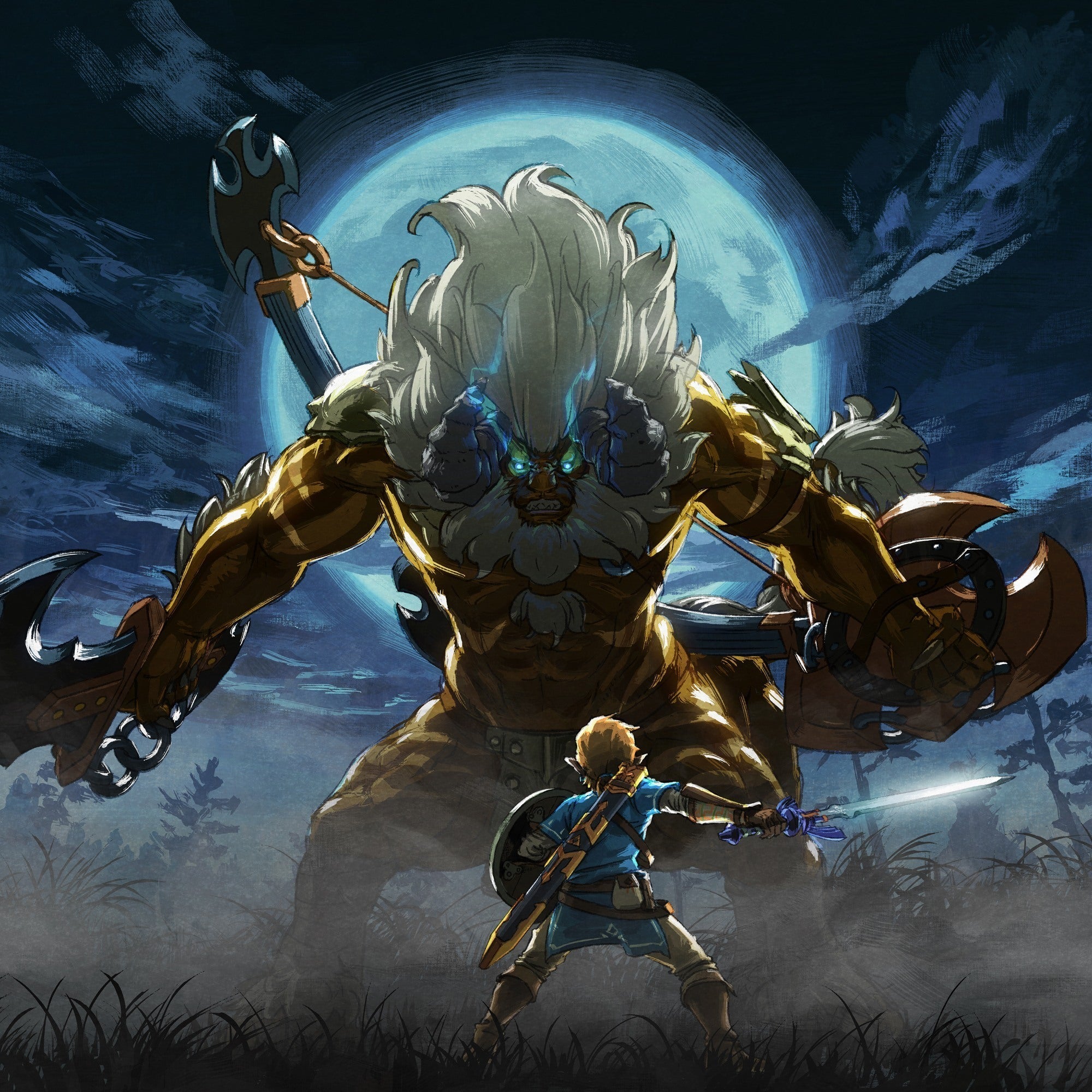 Granted, it would need to be a pretty big Lynel, but imagine getting the quest prompt as if this were a Breath of the Wild subquest. You make your way through the map seeing signs of its rampage, and there it is – a beast that can wield weapons as well as you ready to trample you into the ground. You’d have the potential to craft its own weaponry based on its drops, and can you imagine Wyvern Riding this thing?! It might be a little much for Monster Hunter’s usual fair, but it has so much potential it’s easily the dream amongst all of these.

And all the rest!

Similar to the Capcom collabs we opened with, there’s the potential to bring back or update past Nintendo costumes and cameos. Mario and Luigi, or Animal Crossing Palicos? Yes please! Even if you didn’t want to go all in on a theme, you could always work in some familiar weapons. The Monado is just begging to be a Great Sword, for example, or how about some Splatoon-style Bowguns? The Switch finally has its own Monster Hunter, it’d be a shame if Capcom and Nintendo decide not to party up even more on some sweet, exclusive gear.