Character Column: Radiant Historia’s Stocke is anything but stock

Welcome to the Character Column! Each week, I’ll be taking a look at a different character from Nintendo’s long and esteemed history, and I’ll analyze what makes them interesting, nuanced, or just plain memorable. Whether they’re heroes, villains or NPCs, I’ll explain why they deserve respect or love from the fanbase and a place in video game history. Last week, we covered Kefka, the mad jester.

I love me a good semi-obscure JRPG, and when it comes to semi-obscure JRPGs, Radiant Historia may be the king. One of many illustrious titles from Atlus, it was released in the swan song days of the DS, less than a month before the 3DS first hit store shelves. (Interestingly enough, two of the other best games on the console – Pokémon Black/White and Ōkamiden – also came out during that time.) Playing a bit like a modern day Chrono Trigger, the game chronicles the war between the nations of Alistel and Granorg, and the slow but sure decay of the world in the interim. And lying at the center is the game’s main character: Stocke, spy of Alistel and wielder of the White Chronicle. While RH is filled with a magnificent cast of varied and nuanced characters, Stocke stands out for not only being a fine protagonist, but one who’s truly unique. At a glance, he may seem like a typical JRPG hero, but dig even a little and you’ll see how he stands out. So what makes Stocke so great? Let’s find out.

Yet another chosen one

A few Column entries back, I discussed how JRPG protagonists tended to follow one of two archetypes – either the young, plucky adventurer, or the cold, lonely brooder. Upon first look, Stocke appears to fall into the latter – he’s introduced as the top spy in Alistel, one whose skill and prowess can’t be called into question. His countenance is rather gruff and businesslike,and he appears to not be much for fraternization. Taking a mysterious book known as the White Chronicle from his boss, Heiss, he sets out with a couple of new subordinates named Raynie and Marco to complete a mission. But, as is wont to happen, things go horribly wrong, leaving his partners dead and himself grievously injured. It’s then that the White Chronicle glows with a bright light, and Stocke is whisked away to another realm known as Historia. 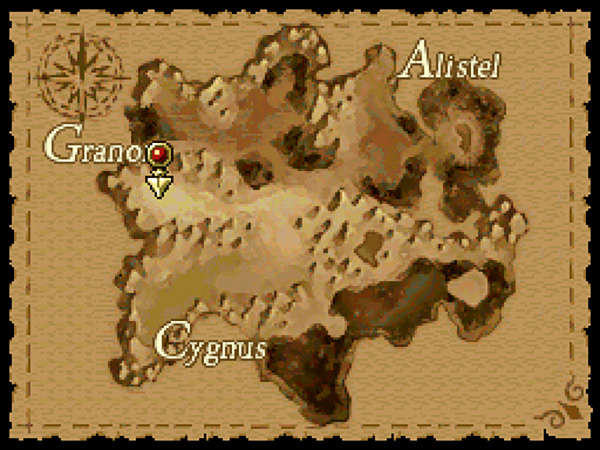 It turns out that the White Chronicle has the power to travel through time, and that Stocke has been chosen to wield it. Taking his new position as the chosen one in stride, Stocke quickly sets out to save Raynie and Marco and change the course of events, thereby completing his mission and reducing casualties in one fell swoop. Stocke states that he cares about protecting his allies and the world, and thus vows to use the Chronicle’s power for good. While he may appear somewhat stoic on the outside, he most certainly has good intentions and cares deeply for his comrades. This is the first of many situations that the game sets up for Stocke, making you believe he’ll fall into a JRPG trope or archetype, and then subverting expectations when you least expect it.

Now, I know what you’re thinking. A red-garbed anime swordsman with blonde surfer hair who has the power to change the future? That sounds eerily familiar. Unlike his Mechon-slaying counterpart, however, Stocke goes through different developments and has a wildly different personality, more focused on subterfuge and changing the world discreetly by rewriting history. He intentionally obfuscates the true nature of his mission even from his friends, and thus bears much more of the burden – though they of course provide help in their own way. 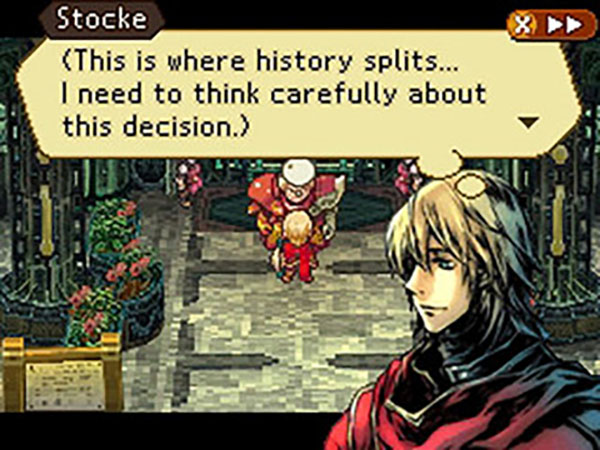 Stocke’s introduction is simple enough, but it serves an important purpose in setting up his character for the rest of the game – caring, but not doting. But there’s another ingredient in how great Stocke is besides his level of empathy…

So many stories try to create awesome, conflicted protagonists who instead come across as whiny, uncaring or otherwise melodramatic. Stocke, on the other hand, is not only competent, pragmatic and highly intelligent: he’s also really, really cool.

As a master of espionage and warfare alike, Stocke serves as quite the force on the battlefield. He works closely with his allies to come up with tactics and strategy, and is often ready with contingency plans when things go awry. He’s also an incredibly fast learner, mastering skills like sword dancing and invisibility upon only seeing them once or twice. And he does all this while often considering heavy decisions that hold the weight of the world in the balance – choices that often end in doom and peril. 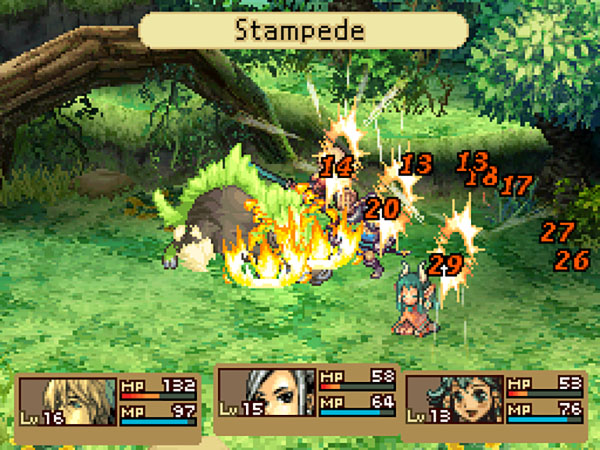 These choices also offer a more practical side for Stocke. Even when making decisions that seem so outlandish and crazy that they couldn’t possibly work, Stocke acknowledges that he can simply go back and redo them – so why not try? This often leads to bad endings and a chewing out, but Stocke always bounces back, ready to find the razor-thin path that will lead to the world’s salvation. Not only smart, but determined – a deadly combination.

But perhaps Stocke’s greatest asset is his relative savviness, an extreme rarity for the genre – or just fiction in general, really. Too often are plot threads easily predicted by players while characters stumble around, only to be completely shocked when they’re revealed. Not Stocke. He actively questions the ways and methods of parts of the world and why they exist in such a self-defeating and contradictory state. Not to mention, he sees several twists and reveals before they even come. It’s refreshing to have a JRPG character with some self-awareness who also isn’t zany comic relief, and Stocke excels at it. 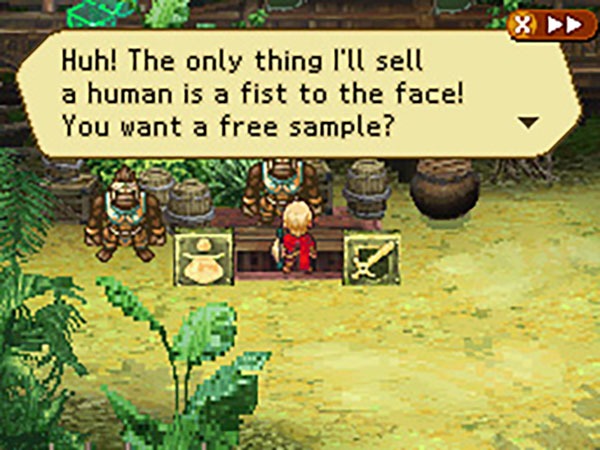 All that may seem to make Stocke almost too perfect, but the game gives him failings, too. He can be a bit too dedicated in his quest to save everything, leaving him frustrated and in despair when he’s encountered by a failure he can’t solve via the White Chronicle. The fact that he can’t change everything in the world is a constant reminder to him, despite how many lives he does improve and save. The constant reminder that he’s made mistakes that can’t be fixed weighs heavily on his mind, giving him some depth and foibles in the process.

Stocke is a character who has a ton of positive traits without feeling perfect. He’s able to stare the greatest villains on the continent straight in the eye without blinking. He’s able to commit fantastic acts of espionage all by his lonesome. He’s able to critically analyze situations and make world-determining decisions all by himself. And he does so without ever falling into an angsty or self-pitying spiral – a tremendous feat indeed.

Radiant Historia spoilers to follow! Read at your own risk!

An Ernst desire of gray

After countless leaps through the space time continuum, Stocke eventually resolves the major conflicts of the game’s two main timelines, bringing an end to the war and bringing Princess Eruca of Granorg to her rightful throne. But not all is well – the ritual to revitalize the continent must still be performed, and standing in the way of doing so is the game’s true villain: Heiss, Stocke’s father figure, who reveals that Stocke is in fact the second life of the man named Ernst, former prince of Granorg and Eruca’s brother. 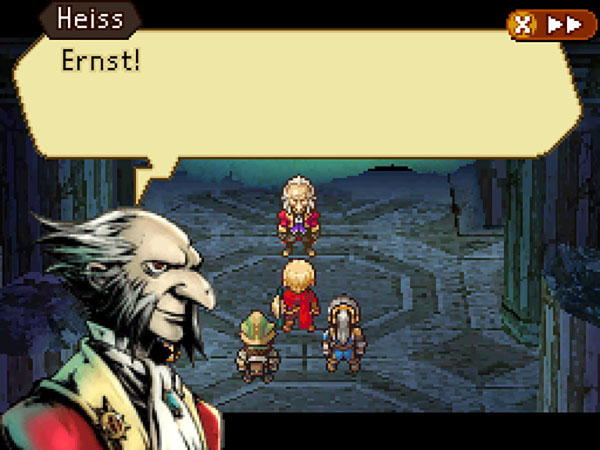 Stocke realizes that the sacrificial ritual – one where he’s the only candidate – is only a temporary solution rather than a permanent fix, yet can’t do anything but go ahead with it. Heiss is enraged by his complacency, given that he raised Stocke after he was brought back to life to help him in his quest. But given said quest involves the destruction of humanity, Stocke isn’t having any of it. Cue final boss time.

Stocke’s willingness to sacrifice himself is admirable, if a bit messianic. While he has a reservation or two, he doesn’t hesitate to put his life on the line for the sake of the world – another likable quality, one that neither feels like a given nor is full of unneeded navel-gazing. And in the end, he does so, giving his life to replenish the continent – a worthy sacrifice of a great character… 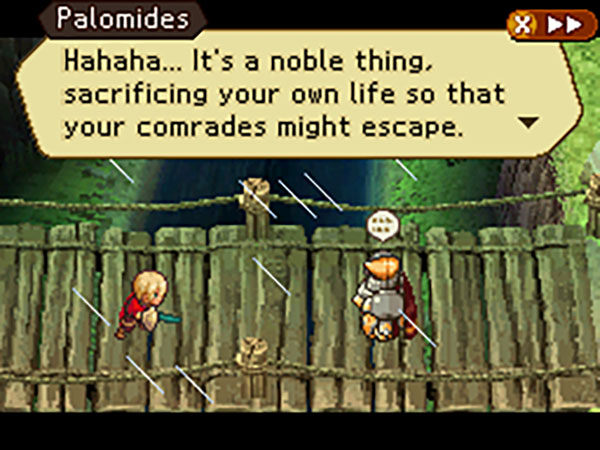 … At least, in the normal ending. In the absolute best 100% ending, Heiss sacrifices himself instead, realizing how valuable Stocke is for the world – and how much he cares about him (d’aww). It’s here that Stocke is given the chance to write his name in the White Chronicle, and with it, one final choice – Ernst, or Stocke? It’s obviously up to the player’s discretion; but I prefer the latter, showing the value that Stocke found in his new life, one that he couldn’t attain without Heiss or his friends. And on that note, the game concludes.

Radiant Historia intentionally sets up Stocke to be another hero destined to save the world, yet it also challenges your perception of who he is constantly. He may not be the most open and sociable, due to the nature of his work, but Stocke is more than friendly enough. His twist on the protagonist archetype serves as a microcosm for the game as a whole – a traditional JRPG at heart, but one with enough intricacies and nuances to stand out as a truly unique experience.

Stocke certainly stands out against the foray of samey main characters that the genre perpetuates. He’s cool, collected, confident and competent. He manages to both put on an air of independence and awesomeness while also remaining warm and caring. In the end, he’s anything but stock.

Thanks for reading this week’s edition of the Character Column! Don’t fret about counting the days ‘til the next time, where we’ll be talking about one of the darker stories in Nintendo’s history. Until then!

“I’ll have to think about this one carefully…”