We took a break last week for PAX West, but the week before we discussed Shulk, the clairvoyant combatant, one of my personal favorites. And this week, in celebration of the recent release of Phoenix Wright: Ace Attorney – Spirit of Justice, we’ll be discussing one of the greatest characters in the series: champion prosecutor Miles Edgeworth. 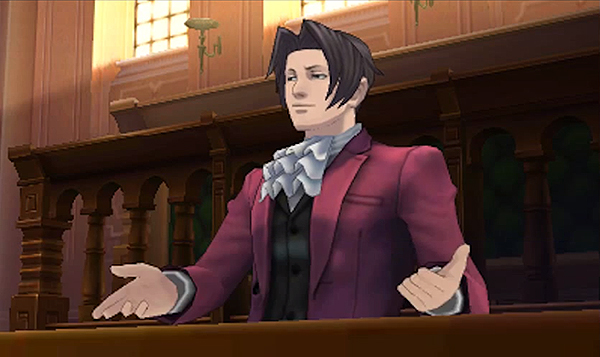 Edgeworth (known as Reiji Mitsurugi in Japan) is by far Phoenix’s most notorious and famous rival – the Moriarty to Wright’s Sherlock, the Vegeta to his Goku. His cold, calculating logic stands in direct opposition to Wright’s hasty and fiery rhetoric, and he consistently provides a worthy opponent for Wright to duel against in the courtroom. But there’s a great amount of depth and intrigue to his story that makes him one of the most well rounded characters in the series. Without further ado, let’s dive right in.

WARNING: Spoilers for much of the Ace Attorney series (the original Trilogy, Dual Destinies, and the Investigations games) follow! Read at your own risk!

Edgeworth makes his first appearance in the first game’s second case, as he stands on the prosecution’s side to accuse Maya Fey of murder. Edgeworth is introduced as a ruthless perfectionist who would do anything to win in the courtroom, even if the defendant is innocent. Phoenix witnesses these tactics, as well as Edgeworth’s remarkable quick wit and intelligence, firsthand. As Wright is also dealing with blackmailers and extortionists – who Edgeworth seems perfectly happy to help as long as he gets his guilty verdict – he needs literal help from beyond the grave to defeat Edgeworth, who takes this first loss with much bitterness. 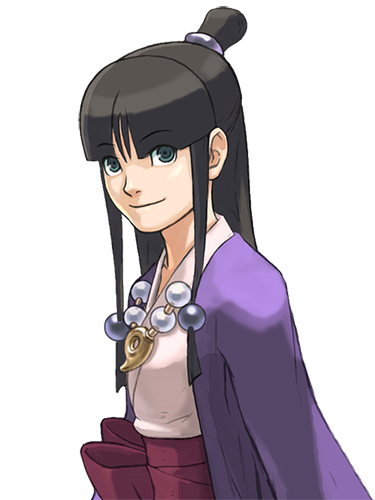 Edgeworth also faces Wright in the third case, where he seems slightly less shady but still just as deadly. Yet when confronted with the murderer getting away, and Phoenix’s client receiving ill judgment, Edgeworth steps in and, against all logic, helps out his rival by seeking to expose the true murderer. With the two of them working together, Wright and Edgeworth expose the real killer and set the innocent defendant free. Despite this, Edgeworth seems bitter about the whole thing, and desires not to see Phoenix again…

… Until he winds up on the defendant’s seat. Edgeworth is accused of murder, and bubbling memories of the case that ruined his life – the DL-6 incident, which resulted in the death of his father – come breaking to the surface of his mind. Unsure about whether he accidentally killed his father as a child or not, Edgeworth is haunted by nightmares and fears, especially due to the fact that his mentor Manfred von Karma is prosecuting him. While he confesses to his father’s murder, Phoenix proves that Edgeworth is in the clear, that von Karma has misled him for years, and that his ways of “perfect prosecuting” are wrong. Without the help of Wright & co., Edgeworth would have been saddled by guilt and despair for the rest of his life… but now, his conscience is a bit clearer. 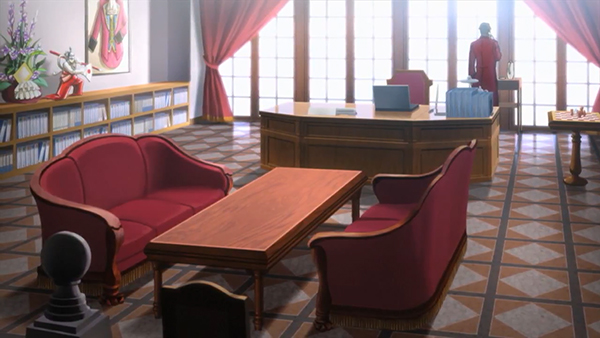 But not all is well. In the first game’s final case, Edgeworth once again stands at the prosecutor’s bench, this time pressing charges against his boss, Lana Skye. This time, Edgeworth’s past of shady evidence comes back to bite him, as he faces the potential sins of what he’s done… but now, he knows what he must do, and he works closely with Wright to unravel not only the truth of the case but the deep-seated corruption within the justice system that he was a part of. Despite the fact that he and Phoenix combined forces and rooted out the true villain, the guilt consumes the prosecutor, and he leaves behind a single note:

Rise from the ashes

Phoenix spends much of the second game, Justice for All, grieving for the loss of Edgeworth, believing him to be dead. Of course, ol’ Edgey-poo is quite alive, just recuperating overseas in Amer- er, Europe. After doing some off-screen soul searching, Edgeworth returns full force in the fourth case, first showing himself to Phoenix again, and then taking the place of his adoptive sister Franziska von Karma in the trial after she becomes injured. And he’s just as brutal as before, sparing no expense in testimony or evidence when it comes to prosecuting Matt Engarde. 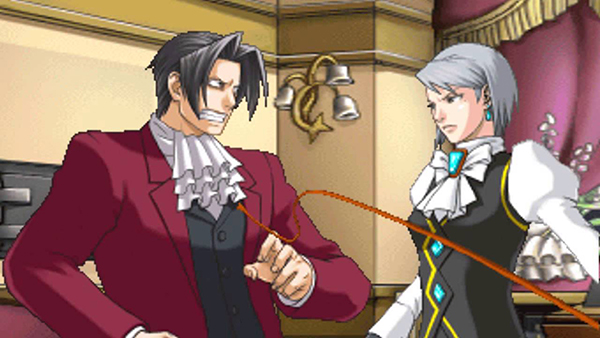 The thing about this case is that Phoenix and Edgeworth’s normal positions are switched. For the first time, Phoenix’s client is actually guilty, but he’s forced to defend him because Maya is held hostage. Edgeworth, meanwhile, has come to a realization after dueling with Phoenix in the courtroom – that it is the job of the prosecution not to “win” by getting a guilty verdict, but rather to find the truth of the incident and act accordingly. He views the defense attorney – Wright – not as opposition but rather as a partner in seeking the truth, and works with him accordingly. Edgeworth skirts some issues and plays carefully because he realizes something is up with Phoenix, but he never compromises his values, and in the end they turnabout the situation and expose Engarde for his devilish deeds. Like in the last case of the first game, Edgeworth shows how when he and Phoenix work together, nothing can stop them from unraveling the mysteries afoot.

Edgeworth also assists his friend/rival in the final cases of the third and fifth games in the series. In Trials & Tribulations, he takes Phoenix’s place as a defense attorney after he had been injured and manages to help him work through the conclusion of the entire trilogy. In Dual Destinies, as a chief prosecutor, he once more builds up a rapport with Wright in order to discover the truth about Simon Blackquill and the death of Athena’s mother. By these points, Edgeworth’s development is mostly solid, as he’s corrected the error of his ways and realized the true goal of a prosecutor (well, a prosecutor in the AA universe, anyway). 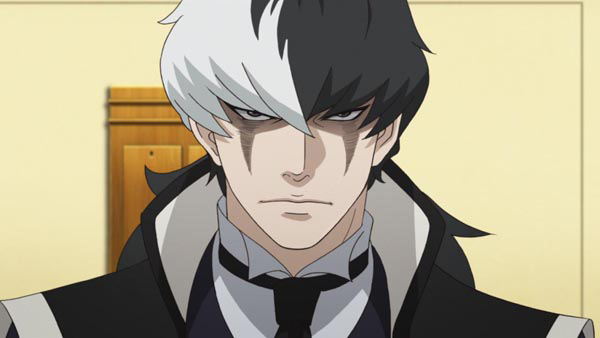 But an intelligent, handsome man with a very stylish cravat is sure to get a few fans, no? Enough to warrant his own spin-off or two…

Yes, Edgeworth had not one, but two spinoffs: Ace Attorney Investigations: Miles Edgeworth and Ace Attorney Investigations 2, the latter of which was never released in the West. (That’s a shame, too, because it’s very good. There’s a great fan translation out there, however.) While they place a bit more focus on the investigative side of things, and technically don’t really have official trials, they’re basically the same old Ace Attorney goodness, just starring Edgeworth. Good in concept, simple in execution. 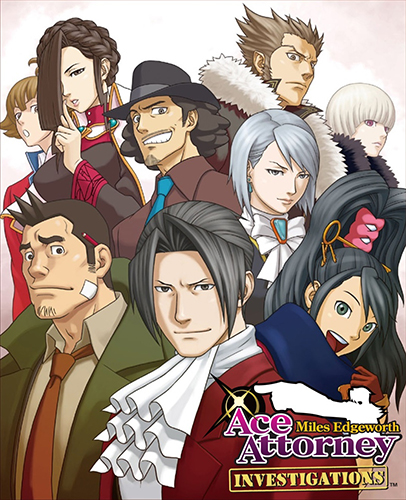 That said, the first Investigations doesn’t provide much in the way of character development for our prodigious prosecutor. While still keeping the tenets of what Phoenix taught him, and using his skills and proficiency to shut down a massive international smuggling ring, Edgey is the same old comically serious man we all know and love. While he does have some great moments (his reply to having a gun pointed to his back? “No one gets away with murder in my office. No one.”), and he gets a bit more humanization with the introduction of Kay Faraday, it doesn’t really go anywhere.

The second game, on the other hand, provides a ton of great material. It all begins with Edgeworth running into Raymond Shields, his father’s old assistant and a current defense attorney. Raymond notes that Edgey’s been doing a lot of “protecting people via evidence” business, and that’s not the work of a prosecutor – it’s the work of an attorney. Furthermore, Edgeworth has begun to become hounded by the Prosecutorial Investigation Committee threatening to take away his badge, particularly Justine Courtney, a judge who views Edgeworth’s recent intrusions on international incidents as unlawful. After helping solve his father’s last case from years before, Edgeworth is conflicted: Should he really be a defense attorney? Is it worth being a prosecutor after all?

It all comes to a head in the next case, where Kay – stricken with amnesia – is accused of murder, and Edgeworth once again is there to defend her. But after realizing that the PIC is restraining his actions in more ways than one, he voluntarily turns in his badge and sets off to find the truth on his own. But even after resolving said case (and exposing more wrongdoing in the legal system), Edgeworth is left with one final case that ties all the events of the game together, as he must connect all the clues and accuse the true criminal behind all the misdeeds.

But at the end of the day, when offered by Shields once more to become a defense attorney, Edgeworth declines. He realizes he’s more suited for prosecution, and that he doesn’t have to follow his father’s footsteps exactly to have a strong sense of justice and righteousness. He’s found the path of a prosecutor, and he intends to follow it to the end. Edgeworth’s development in this game alone may be the strongest in the series, and only makes his already great character even more intricate and nuanced.

The cravat within the courtroom

Edgeworth not only provides a great foil to Phoenix’s character, but has plenty of strong traits in his own right. He’s classy, eloquent, and methodical, yet prone to moments of emotion and confusion. Once on the wrong side of the tracks, he’s shaped up into a valiant and well-spoken man who will always seek the truth, and one of the greatest characters within the Ace Attorney world.

He’s also a huge tokusatsu fanboy. What’s not to love?

Thanks for reading this week’s edition of the Character Column! Tune in next time, where we’ll be talking about one of our littlest heroes yet – just don’t call him a bug! Until then!

“There is only one thing we seek: The truth. No matter how painful it may be.”