Character Column: Count Bleck is a Mario villain with substance

Welcome to the Character Column! Each week, I’ll be taking a look at a different character from Nintendo’s long and esteemed history, and I’ll analyze what makes them interesting, nuanced, or just plain memorable. Whether they’re heroes, villains or NPCs, I’ll explain why they deserve respect or love from the fanbase and a place in video game history. Last week, we covered Stocke, the time-travelling warrior.

Paper Mario: Color Splash has just been released into the world, and while the game is sure to draw some heated debate in regards to its place within the rest of the series, there’s no doubting that it has quite the legacy to live up to. The first three Paper Mario games had some truly great and memorable characters – in large part due to Intelligent Systems’ freedom to create and utilize a plethora of fresh new characters to the franchise. (Are you reading, Nintendo?) In trying to choose just one to talk about this week, I struggled, but I eventually settled on one of the best the series has to offer: Super Paper Mario’s nefarious Count Bleck. 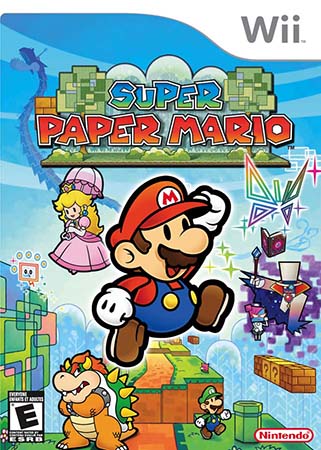 Bleck was the second original villain the franchise created, after The Thousand-Year Door’s Grodus. But while that bad guy was a tad generic in motivation and depth (an area that the Mario series as a whole isn’t particularly known for, to be fair), Bleck proved to be one of the more intricate characters that has ever graced the red plumber’s flat, pulpy adventures. Why is that? Let’s find out.

Super Paper Mario spoilers to follow! Read at your own risk!

Count Bleck opens the game by… trying to wed Bowser and Peach. While that act may only be villainous by fanfiction.net standards, it turns out that his true goal is far more malevolent, as the marriage of the Koopa King and the Toadstool Monarch is so wrong that it starts the destruction of the multiverse as we know it. It turns out that Bleck wields a prophesying tome known as the Dark Prognosticus, and the unholy union of Bowser and Peach brings forth the Chaos Heart, creating a void that will swallow all worlds. The Count’s first appearance offers menace, manners, and maniacal laughter in equal account, and it serves as a great introduction to his characters. 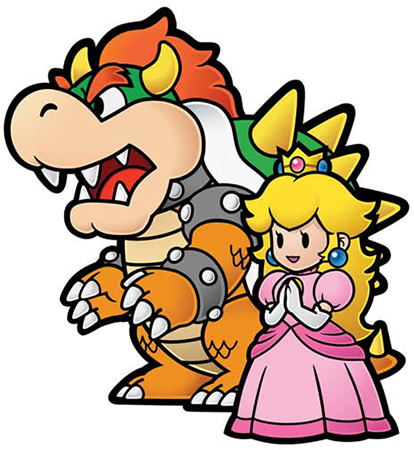 True to his name, Bleck spends much of the game outside of Mario’s sight, preferring to sich his minions upon the plumbing pugilist. From the buffoonish O’Chunks, to the deceitful Mimi, to the rapturous Dimentio, Bleck dares not confront the plumber himself, remaining in his castle away from much of Mario’s – and the player’s – attention. In fact, even within the castle, he relegates much of his duties to his loyal secretary, Nastasia. After that sterling introduction, it seems the Count is liable simply to twiddle his thumbs and wait for the universe to collapse. Then again, given how imminent the void’s destruction is, it’s somewhat understandable.

And when you do see hints of the Count’s actions, he seems quite courteous and kind to his loyal subordinates. He tolerates their failures and gives them second chances while always remain calm and personable. True, he’s prone to bouts of guttural, bilious laughter, but who hasn’t had the urge to chuckle evilly now and then? In fact, all things considered, he seems like a rather swell guy… besides the whole destroying-reality thing. 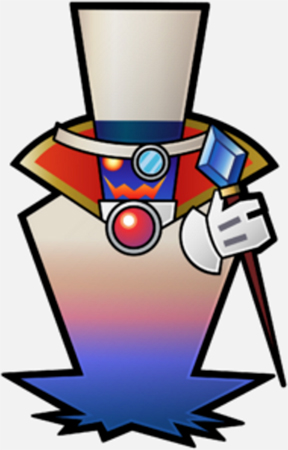 Part of this is actually reflected in Count Bleck’s character design. Contrary to his name, most of his costume is white or beige, with only his face and the bottom and inner parts of his cape a dark color. And even then, they’re more a dark shade of indigo than outright black. This isn’t some translation mishap either – in Japan, he was known as Count Noir, which is French for “black.” So despite his theatrical villainy, upon closer examination he isn’t quite that bad at all. He even seems to show remorse about his entire goal at times. What gives?

After every chapter of SPM, a brief dialogue occurs. It’s between two nondescript characters on a black background, named Blumiere and Timpani, and it recounts the tale of their love. Thanks to the game’s top-notch writing, the player feels the emotion of this seemingly unrelated tale, as the star-crossed lovers meet and fall in love despite their different backgrounds. A tale as old as time, really, but the likeableness of the characters bleeds through the screen.

Eventually, however, Blumiere’s dad has enough of his son’s culture-breaking shenanigans and decides to take it out on his girlfriend, banishing Timpani to wander between dimensions forever. This sends Blumiere into a deep, dark despair, to the point that he loses all sense of reason or hope for the world. Stealing away his people’s forbidden item, the Dark Prognosticus, he transforms into a new, darker persona – Count Bleck.

The reveal of Blumiere as Bleck is rather gradual, and thus not a huge shock, but it does reveal the more melancholy and sorrowful side of his character. Bleck seeks to destroy reality not because of madness or evil, but of grief – he can’t see the value in life without his love, and thus seeks to destroy the ugly world that broke them up in the first place. It may not be rational, sure, but the careful writing really allows you to feel for the guy, even if you can’t excuse his actions. Going into the final battle, you begin to wonder if you can even convince him to stop his mad plans. However…

All you need is love

Mario and co. eventually reach Bleck’s castle, and after much turmoil and sacrifice, the red plumber confronts the Count himself. After using the power of the Pure Hearts to destroy Bleck’s shield, Mario defeats him in combat, and Bleck falls. He tells Mario to finish him off, for doing so will put an end to the Chaos Heart – and therefore, Bleck’s plans. You can feel the depths of the despair Bleck has dropped to… but one of his minions has other plans. 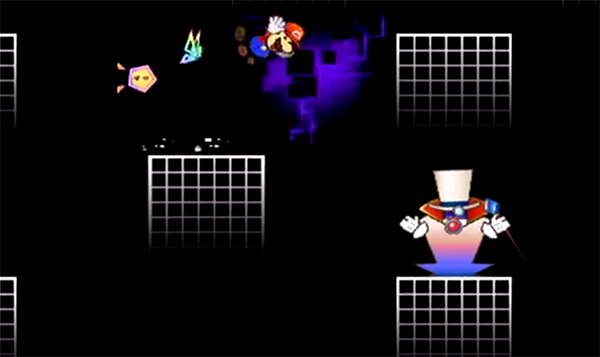 Dimentio bursts in, taking the power of the Chaos Heart for himself, and fusing with Luigi (the true destroyer of worlds) in the process. Banishing everyone else to another dimension, it seems as if everyone and everything is hosed. But then, Bleck learns the truth – Timpani is alive, as the Pixl Tippi, who has been helping Mario throughout his entire adventure. Bleck is elated beyond belief to learn this, and he now wishes to stop Dimentio’s plans… but how?

Well, it’s time for the Pure Hearts to reel their Deus-ex-Machina heads once more. With their power and the strength of a pure, true, love, the multiverse can be saved… with the sacrifice of the lovers. Bleck and Tippi realize what they must do, and they stand upon the altar. They recite vows of everlasting love set to tear jerking music, and they put a stop to Dimentio’s power – giving Mario the power to defeat him, at the cost of their lives. Even as they’re about to die, the two reaffirm their never ending feelings for one another. 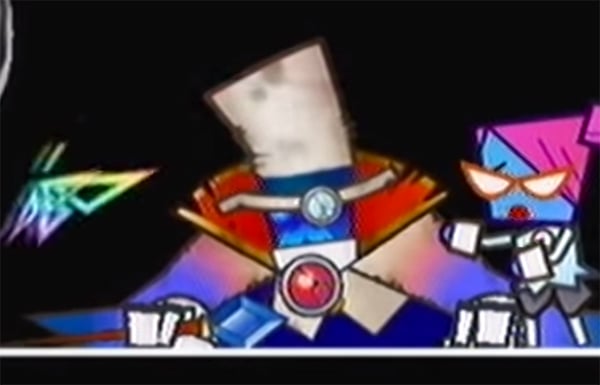 It may seem a tad cliché, but there’s no denying how sweet and impactful their sacrifice is. Bleck and Tippi spent much of the game seeming lost and confused, but finally found solace with one another. With their sacrifice, reality as it was known was saved. Even if they did spend their lives in the process, they were finally together again, and that’s wonderful.

Count Bleck, at a glance, would look like any other moustache-twirling villain produced over countless pieces of fiction. But as the game progresses, the tenderness and regret of his character slowly make themselves known, resulting in a surprisingly nuanced villain capable of inspiring emotion in the audience. He’s a stellar example of Paper Mario’s ability to tell a story through its creativity and strength of writing, and characters like him are sorely missed.

Thanks for reading this week’s Character Column! Tune in next time, where we tackle a rather tricky subject… one with all the force of a rocket. Until then!

“All we need is true love, and that’s something I am lucky enough to possess.”