Nintendo often forgoes family structure for its games and characters, but it’s brought us a fair share of great dads over the years. Each and every one has a part to play in his game and in our memories of the times we’ve spent playing them — some of us doing so with our own dads.

The likes of Bowser, Chrom, Riki and more have managed to leave their own marks, though the five I’ve listed below give a look at various facets of what it means to be a dad (in no particular order). Join us in looking through these fellows and have a wonderful Father’s Day yourself!

A key player in the spacefaring saga that is Star Fox, James McCloud rarely appears in the games themselves. It’s his disappearance that drives Fox to lead the mercenary team across the Lylatt System, showing the strong bond the two share. We never see them together and we’re never given flashbacks of James raising his son, but we’re almost always treated to a reunion of the two by game’s end. 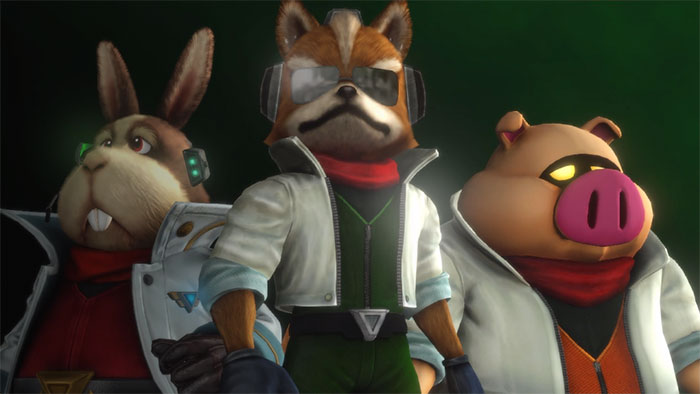 Design-wise the two are nearly identical, but James’ shades and deeper voice always make his arrival impactful. Leading Fox out of danger or providing key advice has become his forte, always catching Fox by surprise with his ghost-like reappearance. Fading off and away before the action’s over, Fox may not have his support day in, day out, but it’s undeniable how his father’s influence has shaped him into the hero he is, and the hero we can all be right beside him.

The original DK himself, Cranky’ll be the first to tell you they just don’t make characters like they used to. This curmudgeonly Kong provides various services to his grandson, the current Donkey Kong, but always with a side helping of dismissive attitude. His adventuring days may be over for the most part, but that doesn’t mean he’s any less skilled when he does leave his house to show the younger Kong’s how things were back in his day. 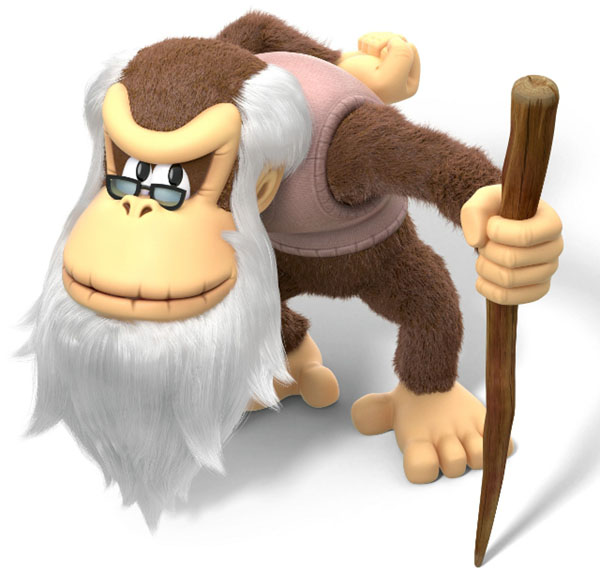 It’s not just his own family that Cranky feels the need to chastise. This old timer isn’t shy about wagging his cane at you, the player, as well. Breaking the fourth wall suits him: after all, the older they get the less rules matter, right? Let him be a reminder that you should give your elders a little respect, even when they aren’t so nice about being seemingly smarter than you. At least in Cranky’s case that almost always ends up being true.

Norman was a lot of firsts in the Pokémon series. Up until Gen III, players never had an in-game dad; then suddenly, they have one who’s kicked the game’s events into motion. It’s his career as a Gym Leader that forces your family to move all the way to Hoenn, mirroring some of the struggles that real families can come into when being an on-hands parent is superseded by being able to provide for your family.

His stern appearance doesn’t do him any favors in that regard, painting him as standoffish and dedicated more to his role in the region versus the role as your father. His refusal to battle you until you have a few badges under your belt is similarly seemingly cold — though really he just knows you better than you know yourself in that regard, something parents can relate to and kids can continue to misunderstand. Deep down he’s just passionate about his work and is described as one who “…lives for Pokémon,” and that passion shows in his guidance of sickly Wally and his words when you’re finally able to defeat him.

Perhaps the most bittersweet example on this list, Ness’ Father, is never once seen. The only way you can interact with him is via telephone, and thus that serves as the best representation of the character. He’s no less important thanks to this, though, as he both saves your progress and supplies you money over the game. I like to think of it as recounting your adventures to him while he listens as best he can in the free time he manages.

It’s easy to look at this as neglect or being standoffish, and that’s not exactly wrong due to circumstances. But more importantly, it’s about seeing that in spite of the hurdles he still manages to do what he can for Ness. By the game’s end that changes, with him forgoing his saving duties to instead try and make it home just in time for your birthday. It’s here that illustrates when it comes to being present, a good dad can and will make it happen in some way or another.

While not the first time Hyrule’s king has played some kind of role in the game, he may be the most memorable and important to his corresponding Link’s adventure. Introduced as the talking boat The King of Red Lions, his dad-like qualities shine through in his interactions with Link. Unafraid to laugh at his expense but always out to guide and protect him as best he can, he tasks the eventual Hero of Winds with rescuing what turns out to be his own child: Princess Zelda herself. 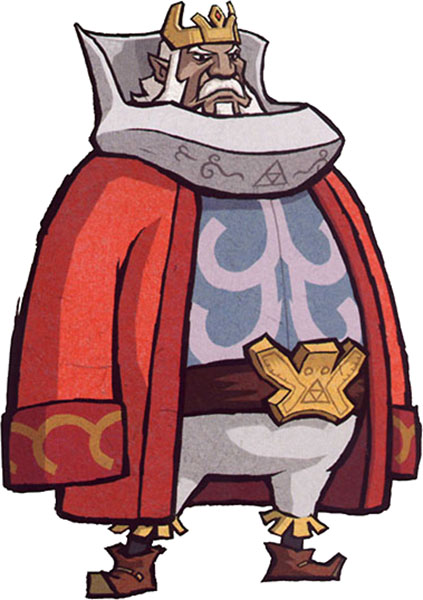 After the revelation of who he and Tetra both are, he continues to assist Link the whole way through — but it’s the end of the game where this wise ruler shows just how big his heart is. Blindsiding Ganondorf and stealing the wish from the assembled Triforce, he sacrifices his frozen kingdom and his own life just to give his child and Link a new chance at a bright and prosperous future. They go on to found New Hyrule — all this comes back to a father’s love and dedication.