With just a month to go until the release of the Legend of Zelda: Breath of the Wild, there’s plenty of reasons to reflect on Link’s past adventures. For 25 years, the formula for proper entries in the series has been nipped and tucked in many ways. Some of these were forced adaptations – like Ocarina of Time’s shift to three dimensions – and some took dramatic artistic license – Wind Waker’s cel-shaded aesthetic. There’s a good reason that these are two of the most beloved Zelda games: they felt fresh and interesting, while staying true to their roots. It’s not very often, though, that we see a proper Zelda game that dares to completely rethink the underlying structure and mechanics of the series. In fact, there’s really only two, by my count: Majora’s Mask and Zelda II: The Adventure of Link.

By virtue of being a direct sequel to Ocarina of Time, made using mostly existing art assets, Majora’s Mask had a built-in creative advantage. Instead of spending their time creating an engine and artwork, the game’s developers were able to focus fully on making an interesting new adventure for the Hero of Time. Releasing less than two years after Ocarina, and directly lifting its entire aesthetic, there was a clear need to make this successor stand out as something more than a retread. The result is one of the most divisive and bizarre games in the entire Zelda timeline, one that sits near the top of many fans’ lists of favorite games in the series.

Where Majora’s Mask is easily the craziest thematic tangent the franchise has seen, Zelda II represents the biggest mechanical departure. Personally, I’d make the argument that stale mechanics are Zelda’s biggest shortcoming these days. Breath of the Wild has promise for changing things up, but I think the ugly duckling of Hyrule’s history, Zelda II, could hold the keys to making Zelda exciting once more. Here’s a list of some of the brilliant, forgotten ideas that Zelda II could (and should) contribute to the future of the series:

The open world design that was established in The Legend of Zelda and expanded in its immediate successors has been in an unfortunate state of decline, lately. Peaking somewhere between A Link to the Past and Ocarina of Time, the sense of scale and exploration that was once a signature of Zelda games has become much more scattershot. The vast majority of Link’s recent adventures have felt more like a series of compartmentalized locales than a single, wide open world. For all of their triumphs, games like Wind Waker and Skyward Sword have broken Hyrule down into a series of miniature adventures, and in the process lost a very important part of what I used to love about Zelda games. Fortunately, to recapture this bygone sense of exploration, we needn’t look any further than the past.

Working within the limitations of its time, Zelda II’s overworld conveyed a scale that no other game in the series has matched. The long, winding roads, numerous towns, caves, and pretty much every type of terrain you can imagine made this incarnation of Hyrule feel simply massive. Half of the adventure was mentally mapping this all out and physically travelling to each of Link’s destinations. Lately, video games have gone fast-travel crazy, and lost some of the magic of exploration and traversal in the process. If any series is going to challenge what open worlds have become, and give us a compelling reason to delve into every mountain ridge, forest, and peninsula on a map, it should be Zelda.

Zelda II is the only Zelda game that uses experience points and levels to develop Link’s power. Yes, it’s something we see in pretty much every other RPG out there, but Link hasn’t been adequately compensated for all of the monsters he slays for over twenty years now.

While the series has found an admirable number of ways to empower Link during his quests over the years, I think it’s time he got another shot at leveling up the old fashioned way. Having a reason to skillfully dispatch each threat he encounters is another way to encourage exploration, and it makes each player’s attachment to their hero feel deeper and more meaningful. 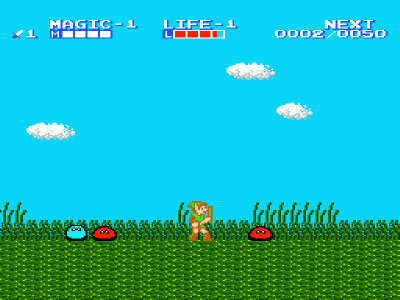 The rudimentary three-skill tree in Zelda II worked particularly well. So much about the combat in the game was tied to Link’s weapon proficiency, magic abilities, and health. It’s a clean, simple system that provided just enough diversity to create a personalized Link, without overwhelming us with too many advancement options to pick from. As is, this framework would work wonderfully in a modern Zelda game, or with a little tweaking, it could be exactly the kind of jump-start the series needs to re-capture its audience all over again.

This seems crazy, but Link’s magic and combat abilities serve an unfortunately superficial purpose in most of his adventures. Sure, abilities like the Dash and Spin attacks have been woven into combat and puzzles in some meaningful ways; but beyond those, Link is seriously lacking when it comes to advanced and interesting maneuvers. Magic fares even worse in the Zelda universe, usually relinquished to be the solution of a puzzle or two, and rarely of any real use in combat. These advanced mechanics should feel like a natural, useful extension of Link’s arsenal, but for the most part they’re simply not that important.

The same cannot be said about the assortment of offensive and magical abilities that Link learns over the course of Zelda II. Sword skills, like the upthrust and downthrust, from the moment they are acquired, fundamentally change Link’s approach to combat. A well timed downward plunge from above can obliterate enemies that previously required a slow, methodical frontal assault. 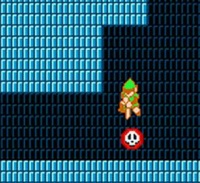 Likewise, the magic spells that Link learns in his second adventure have an immediate and useful impact on the way he explores and battles his way through Hyrule. A simple shield spell can provide an extra layer of physical defense, while the Reflect spell can imbue Link’s shield with the ability to send projectiles flying back at the enemies hurling them. Using spells like Jump and Fairy can grant link access to areas that would otherwise be out of reach. And thanks to thoughtful and consistent level and enemy design, Link is given ample reason to continually employ all of these tricks throughout the entire game.

This is something that’s a little hard to admit, but acceptance is the first step to recognizing the need for change: Zelda games are way too easy. Along with the longer, duller tutorials of the more recent games in the series has come an unnecessary hand-holding that has diminished a lot of the difficulty and satisfaction that these adventures used to hold. I used to feel a sense of dread when I first encountered a temple boss in a Zelda game, but nowadays, if you’re a veteran of the series, it’s pretty rare to lose to one, much less the throngs of baddies you’ll encounter along the way. I think it’s time Zelda took a step back toward the aggressive, mysterious worlds of its early incarnations. 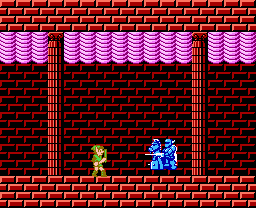 The Legend of Zelda and The Adventure of Link are, by far, the best examples of this approach. Do you remember making the trek across the land to replenish Link’s hearts at a fairy fountain each time you were dispatched in one of the temples in the first game? Or spending time running through areas of Zelda II that you had already completed looking for anything you may have missed while farming enough experience to get your attack up to the next level? No game in the series, since these two, has demanded that type of investment from its players. In fact, while playing the most recent masterpiece in the series, A Link Between Worlds, I died a grand total of two times from credits to credits. As much as I ultimately adored it, the game posed almost no challenge whatsoever.

I won’t make the argument that the lack of challenge makes for bad or unenjoyable games, but being familiar with the series’ past, I know that Zelda games are capable of so much more. A looming sense of dread, some serious repercussions for failure, and a healthy respect for the monsters and bosses you encounter make for a much deeper and more rewarding experience, in my opinion. I would love to see a future Zelda title that’s willing to take advantage of these traits once again.

One last thing that I feel like modern Zelda games have lost is a true world-in-peril tone. Ganon remains the most imposing villain that Hyrule has ever known, and the more ambiguous a threat he is, the more terrifying he becomes. 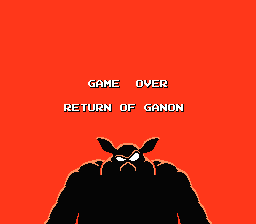 I’m not saying that I want Hyrule to lose all of its innocent charm and humor, but I feel like it’s a series that has long lost its narrative edge. Ganondorf, while certainly a force to be reckoned with, is a far cry from the shadowy pig-lord that preceded him. That goes double for the likes of Vaati and Ghirahim. I suppose it goes hand in hand with the hand-holding direction and softened difficulty in recent years, yet I feel like there’s still room for a darker, more menacing take on whatever may be next to threaten Hyrule’s future.

With Breath of the Wild taking place in what is effectively a post-apocalyptic world there is a chance it’ll be the return to form that I’ve outlined (and have my fingers crossed for). Even if it isn’t, I hope that, at some point down the road, Link will be treated to another adventure that truly tests him. One that isn’t afraid to punish its players to teach them, and to give them endless reasons to explore all of the darkness, humor and glory that Hyrule has to offer.