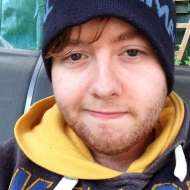 Reece Heather
A lifelong Nintendo fan and a longtime editor at Zelda Universe, Reece will forever be grateful that he somehow dodged the Naughty List of Christmas 1998, when Santa delivered the life-changing gift of a Nintendo 64 with Super Mario 64, Banjo-Kazooie, and Mario Kart 64. When he's not playing games, Reece is usually reading Punisher comics, delving helplessly into the weirdest depths of anime and manga, or spending time with his cocker spaniel Gracie -- the goodest girl ever!
This user account status is Approved
About About
Posts Posts
Comments Comments

Reece is a freelance video game journalist from the UK with a wealth of experience under his belt. He has been Zelda Universe's news and columns editor since 2013, and an avid participant in the Legend of Zelda community since he was old enough to browse the internet. Throughout that time, he has written over 700 articles (including news, columns, features, and reviews), and has edited and published hundreds more from ZU's other contributors, many of whom he personally hired and trained. He has written for a number of websites over the years and has also been featured on popular gaming site Destructoid.

Reece has loved Nintendo games ever since he first gripped his toddler hands onto the brick-sized, bulky mass of digital wonders that was known as the original Game Boy. With first games like Tetris, Super Mario Land, Link's Awakening, Pokémon Blue, and Bubble Bobble, it's no surprise that his relationship with Nintendo became a lifelong obsession. From there, a life-changing Christmas would soon follow, involving a Nintendo 64 with Super Mario 64, Banjo-Kazooie, and Mario Kart 64. Later, in the wonderful GameCube era, Reece would completely freak out his parents by begging for more chores and chances to earn money to save up for The Wind Waker. It would be the first game he ever pre-ordered and walked home with on launch, as though he already knew before playing that it was going to forever be his favorite game in the whole world.