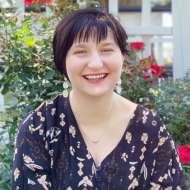 Meghan Nigrelli
As a singer, voice actress, gamer, and writer, Meghan strives to blend all of her nerdy passions together to create exciting online content. When she’s not writing for Zelda Universe or Nintendo Wire, she is usually found voicing Tails and Amy Rose in Sonic animations at Sasso Studios.
This user account status is Approved
About About
Posts Posts
Comments Comments

Meghan is a singer, voice actress, passionate nerd, and writer from Boston, Massachusetts.

Writing has always been a way that Meghan could express herself, whether it be through songwriting, poems, or keeping a journal on hand. She grew up with an interest in the performing arts, and her passion quickly flourished when she joined local theatre companies and began weekly singing lessons. Meghan was a teenager when she first played Ocarina of Time and felt an overwhelming sense of excitement about video games. Since that day, she has been focused on being able to blend her interests together.

Meghan graduated from Bridgewater State University with a degree in Communication Studies and Public Relations, with a concentration in Film, Video, and Media Studies. In hopes of writing for a website based on Nintendo related news, she applied for and landed her first official writing position as a column writer for Zelda Universe. When Meghan isn't writing or playing video games, she is voicing Tails and Amy Rose for a Sonic-based YouTube channel called Sasso Studios.