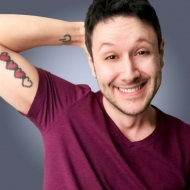 Jason Ganos
Nintendo super fan since birth, Jason is the creator of Amiibo News and editor-in-chief at Nintendo Wire. One of his life goals is to provide the latest Nintendo news to fellow gamers with his natural know-how.
This user account status is Approved
About About
Posts Posts
Comments Comments

Jason is a web developer, reporter, and gamer based in Milwaukee, Wisconsin.

Before creating Nintendo Inquirer and Amiibo News, Jason held several jobs in technology over the past ten years. Jason was also very active in the fan translation scene for the Final Fantasy series while attending college at the University Of Wisconsin-Milwaukee.

Jason is also a lifelong Nintendo fan. Some of his fondest memories consist of playing the NES with his sister and the joy he felt when he received a Nintendo 64 on Christmas morning 1996. The Legend of Zelda has always been, and more than likely will always be, his favorite and most beloved franchise spanning any medium.