You guys ever watch a live-action Disney remake? Movies that tweak a couple details but largely don’t have much reason to exist and whose hyperrealism sucks out a lot of the soul? I’ve always been glad that most game companies don’t stoop to remakes like that, with developers managing to preserve art style and character design even as they bump up the shaders and the like. But maybe the end product would be more entertaining than we thought — as shown by YouTuber Re-Imagined Games, who’s begun remaking Super Mario Bros. in Unreal Engine with the cast of the upcoming animated film as the characters.

The juxtaposition of the classic Mario level design and basic aesthetic with the hyperrealistic designs, complete with the original’s sound effects, makes for a wonderfully goofy showcase. Narrated by an AI voice mimicking the Honest Trailers guy, it showcases all the same bells and whistles you’d expect from Super Mario Bros., from kicking Koopa shells and upgrading from Super Mushrooms to Fire Flowers (which, in the developer’s admission, took months of work in Unreal).

And we need to give massive props to this developer. For one thing, even a simple fan project like this takes work, but the developer started learning Unreal Engine development from scratch to make this game because they were genuinely excited for the animated film. “With zero game development experience, I’m learning unreal engine from scratch and picking up any other skills that I can along the way, in an effort to make this a legitimately great action game!” And they’re actively looking for feedback, as the game is very much a work-in-progress. That’s just very admirable all around, and I for one can’t wait to see this project progress. 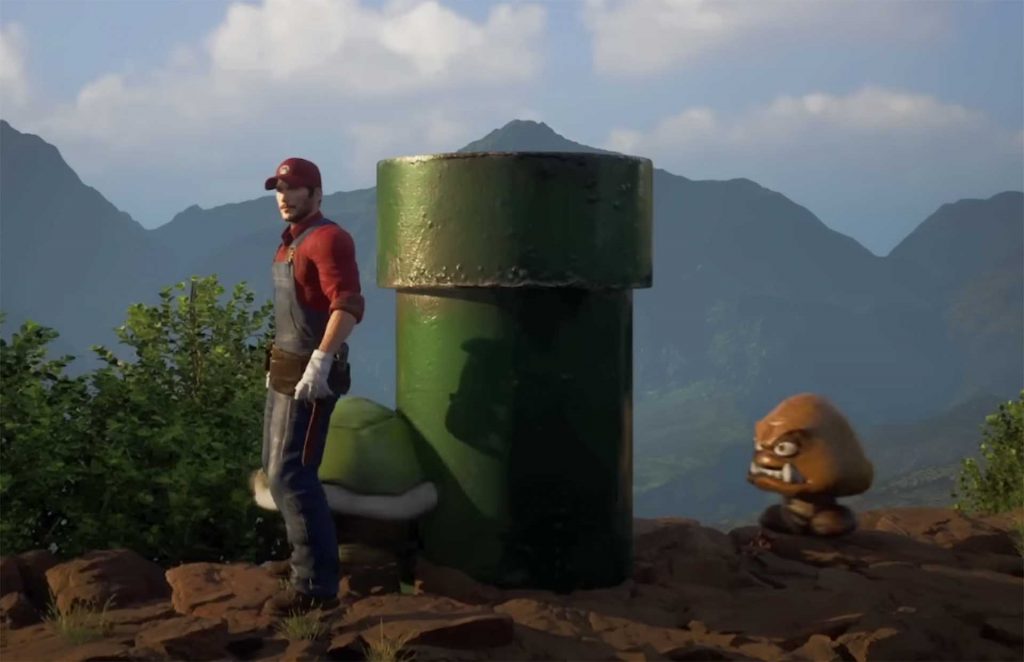 And let this be a lesson to us all. It’s easy to be a hater doing nothing but adding bile to an already toxic discourse surrounding something. It’s much harder to take a genuine passion and spin it into something new and cool. But the latter will always be more rewarding than the former.