Nintendo’s slew of mobile titles with gacha mechanics is shrinking once again (RIP Dragalia Lost), though this time around it’s not because they’re shutting down any of their titles. Instead, they’re simply removing the gacha elements from Mario Kart Tour. Instead of spending your hard-earned Gems on a random chance to get featured drivers, karts, and gliders from the Warp Pipe, a Spotlight Shop will be introduced, allowing you to spend those Gems to get what you want without any random chance involved. Players can still purchase Gems for real money, so there’s still monetization present in Mario Kart Tour, but the removal of random chance does feel slightly less predatory. 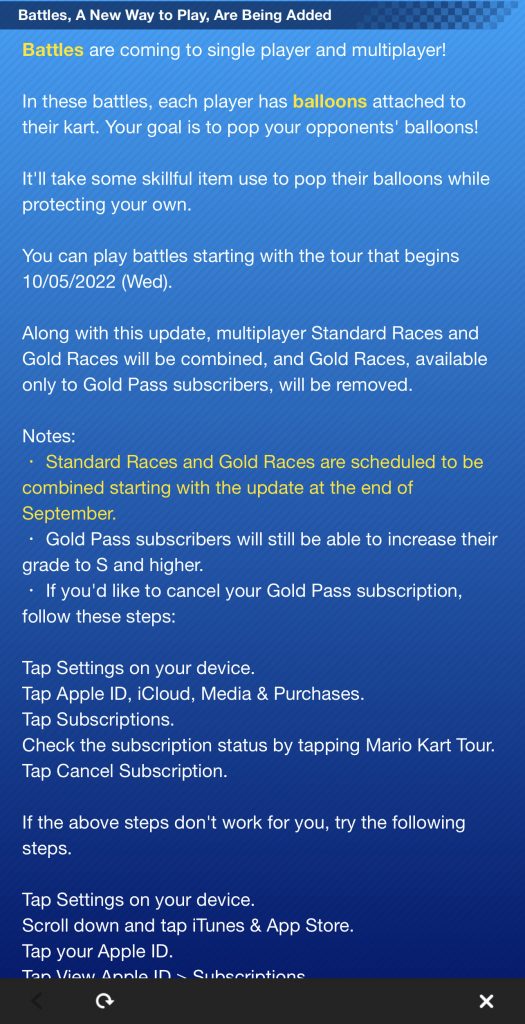 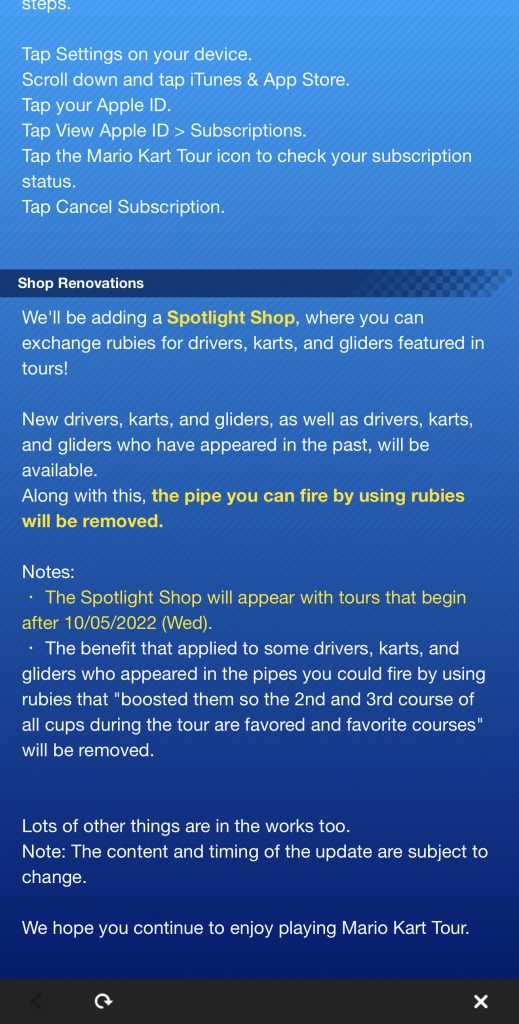 The Spotlight Shop isn’t the only change coming to Mario Kart Tour in October, as the mobile title will be adding the highly requested Battle mode to both single- and multiplayer on October 5th as well. Battles in Mario Kart Tour will operate similarly to Battles in other Mario Kart titles, where each player has balloons attached to their kart, and are tasked with popping their opponent’s balloons through the use of items.

These are some pretty major changes for the mobile Mario Kart title, and as someone who has been playing Mario Kart Tour off and on since it was released, I’m excited to check out the updates in early October. Mario Kart Tour is available for both Android and iOS through the Google Play Store and Apple App Store, respectively.