This week in Japan, Universal Studios and Japanese Airlines [JAL] unveiled their newest domestic flight jet that features several of the theme park’s icons. From the Minions to Jurassic Park’s Tyrannosaurus, the new airline upholds Universal and JAL’s “No Limits” theme with a massive crossover of characters. Of course, what Nintendo fans will be interested in most though is Mario’s appearance on the aircraft. 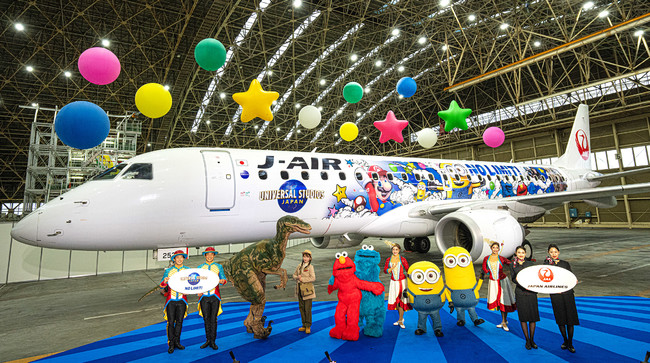 As can be seen above, the front of the new airline features Mario, a Mushroom, and a Power Star. During the unveiling ceremony for the aircraft, several of Universal’s mascots made an appearance at the showcase, however, Mario remained absent from the event. Nonetheless, Nintendo’s icon will fly high with Universal’s other popular faces for the foreseeable future!

The JAL airlines jet featuring Mario will be in operation until March of 2023. Passengers who board the aircraft will also receive a special boarding gift. As can be seen below, the boarding certificate sticker will come in six variations, featuring the plane’s exterior design. When on the flight, customers can also find special cups and head pillows featuring Universal’s characters. 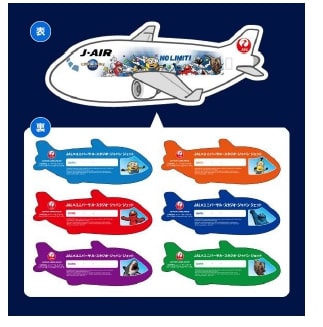 When more Universal Studios and Nintendo news makes the round, you can count on us to let you all know!