My favorite surprise from last week’s Nintendo Direct wasn’t the return of Bayonetta 3, or Kirby going post apocalyptic, or even the tease of Smash’s final character. No, what got me hyped was Chocobo GP, the long-awaited return of Chocobo Racing.

While the PlayStation classic is well over two decades old at this point, it’s still a stellar concept – Chocobo racing has been a series staple since Final Fantasy VII introduced it, so why not turn it into a Kart racer? That said, the Switch has more than its fair share of Karting Kompetition, with Crash Team Racing, Team Sonic Racing, and the titan that is Mario Kart 8 Deluxe to overcome. Still, I feel Chocobo GP stands out, especially after being given access to three new racing clips by Square Enix from an early build of the game.

The core difference Chocobo GP has to offer is how its items work. While you’ll similarly pick them up from mysterious boxes on the road, they take the form of Magicite that unlocks a variety of familiar spells. You can have three collected at a time, and if you have multiples of a spell you can upgrade it, with Fire becoming Fira and so on. This has the potential to be a great risk/reward system, with players who are patient building up a more powerful arsenal. 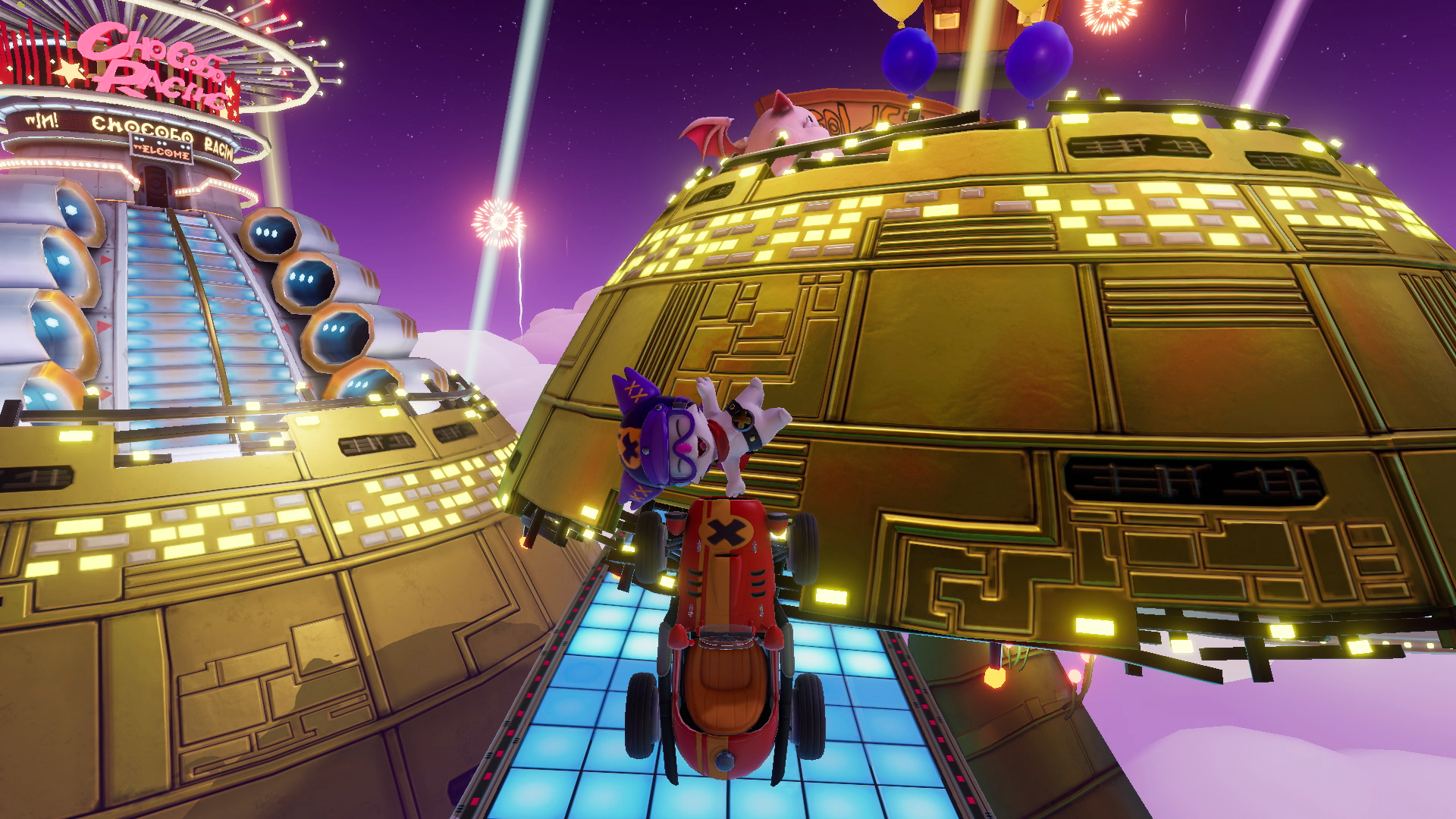 Similarly each racer also has a gauge that fills up, seemingly by drifting. When activated this Ability unleashes a special move unique to them. The Behemoth, cleverly named Ben, picks up his tank and charges forward, spinning out other racers, while the standard Chocobo appears to get a speed boost and drop traps in its wake.

The three courses I saw in full were previously spotted in last week’s reveal trailer, namely Cid’s Test Track, Zozo from Final Fantasy VI, and the Gold Saucer from Final Fantasy VII, but it was still a treat to get a closer look. What stood out immediately was the remixes — Cid’s Test Track has an original jam as far as I can tell, fitting as it’s a generic level for players to come to grips with the game, but Zozo takes the original’s theme and makes it surprisingly cheerful while the Gold Saucer is almost indistinguishable except for a quick-fire chorus.

“Cheerful” is a descriptor I’d use for most of the game, honestly. The Chocobo spin-off games have always been more delightful than their core counterparts, the ruthless difficulty of Mystery Dungeon notwithstanding, but Chocobo GP takes it to another level. For example the summon Ramuh, who we only briefly saw in the announcement, is usually an imposing wizard figure, yet in Chocobo GP he’s a doddering old man whose back is easily thrown out. 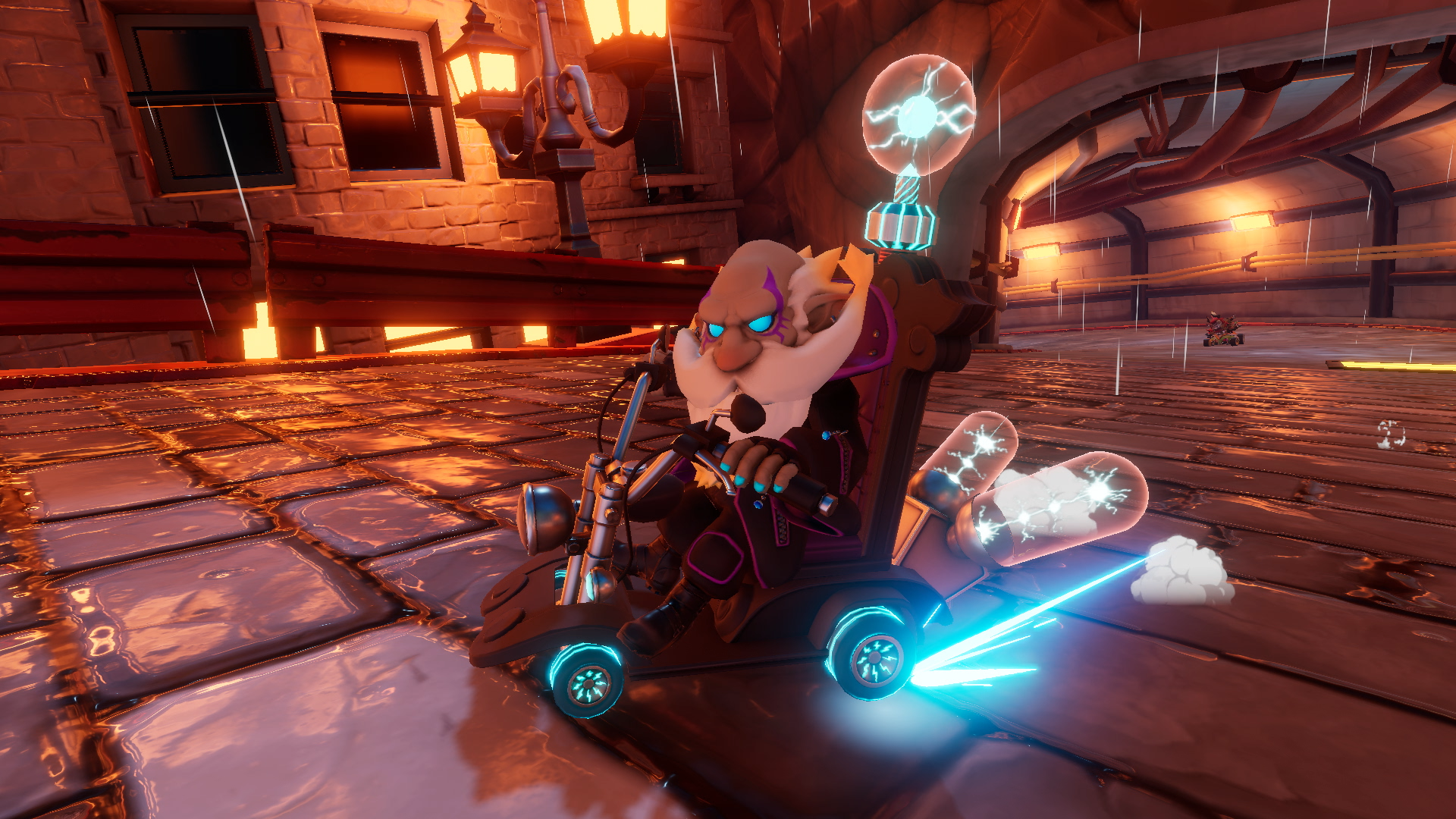 It’s also promising that the game appears to be leaning more heavily into referencing the mainline series. While the original game did have its nods, it mostly kept generic, with a few familiar faces as unlockable characters (such as Cloud, Squall, and bizarrely Parasite Eve’s Aya Brea.) This time around things are much more obvious, with Final Fantasy IX’s Vivi and Steiner being racers and the dimension hopping Gilgamesh jumping into a kart named after his buddy Enkidu. 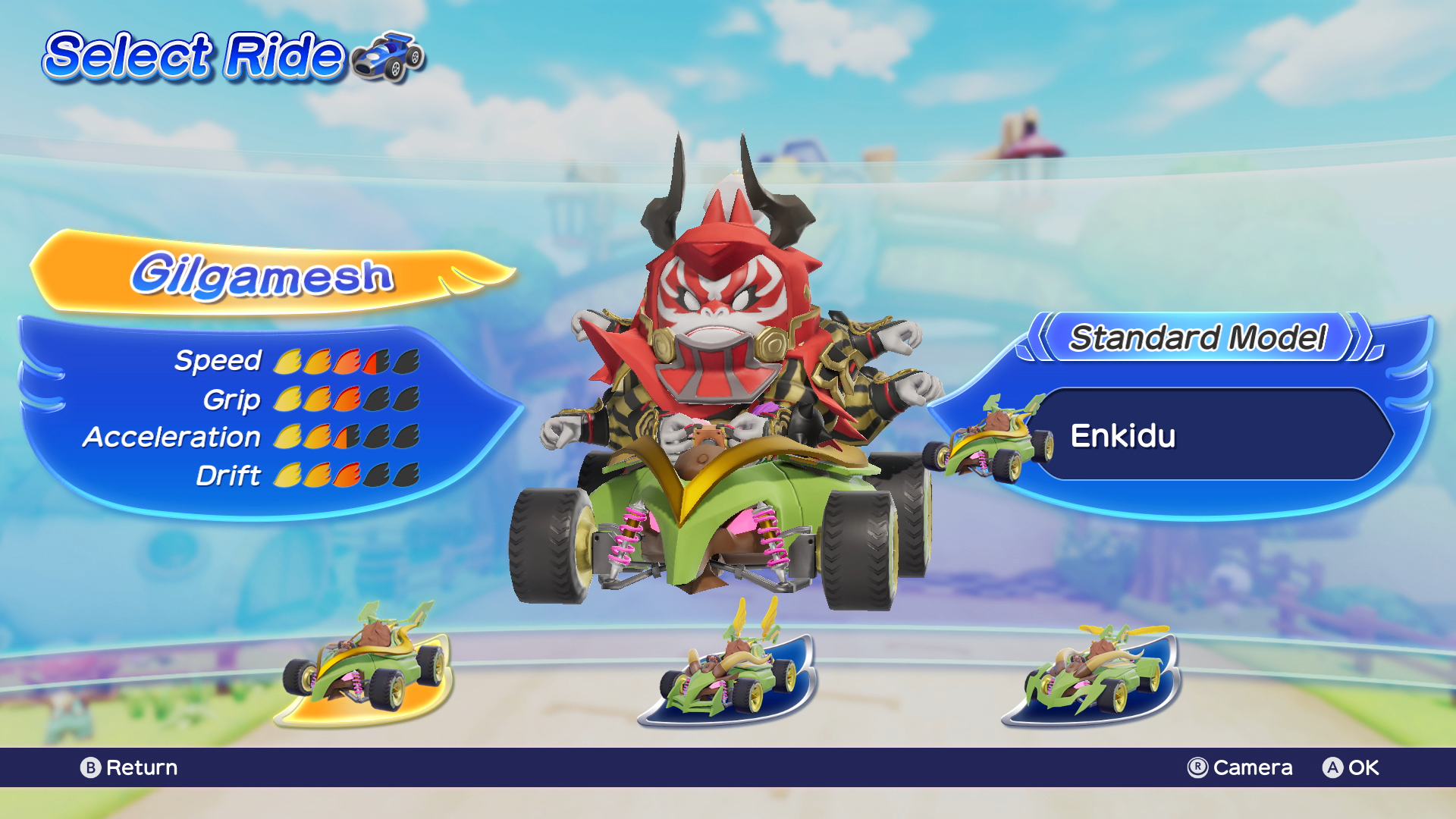 One of my only concerns at this early stage is the track design. Granted we’ve only seen four tracks so far (the three I previously mentioned plus Alexandria from IX) but they appear to be very basic and short — none of the three-lap clips last longer than 2 minutes. Of course this will only really be a problem depending on the amount of speed options in the final product and the variety of tracks, and thankfully the game’s Director Akihiko Maeda has promised “various other Final Fantasy locations” to be revealed further down the line. 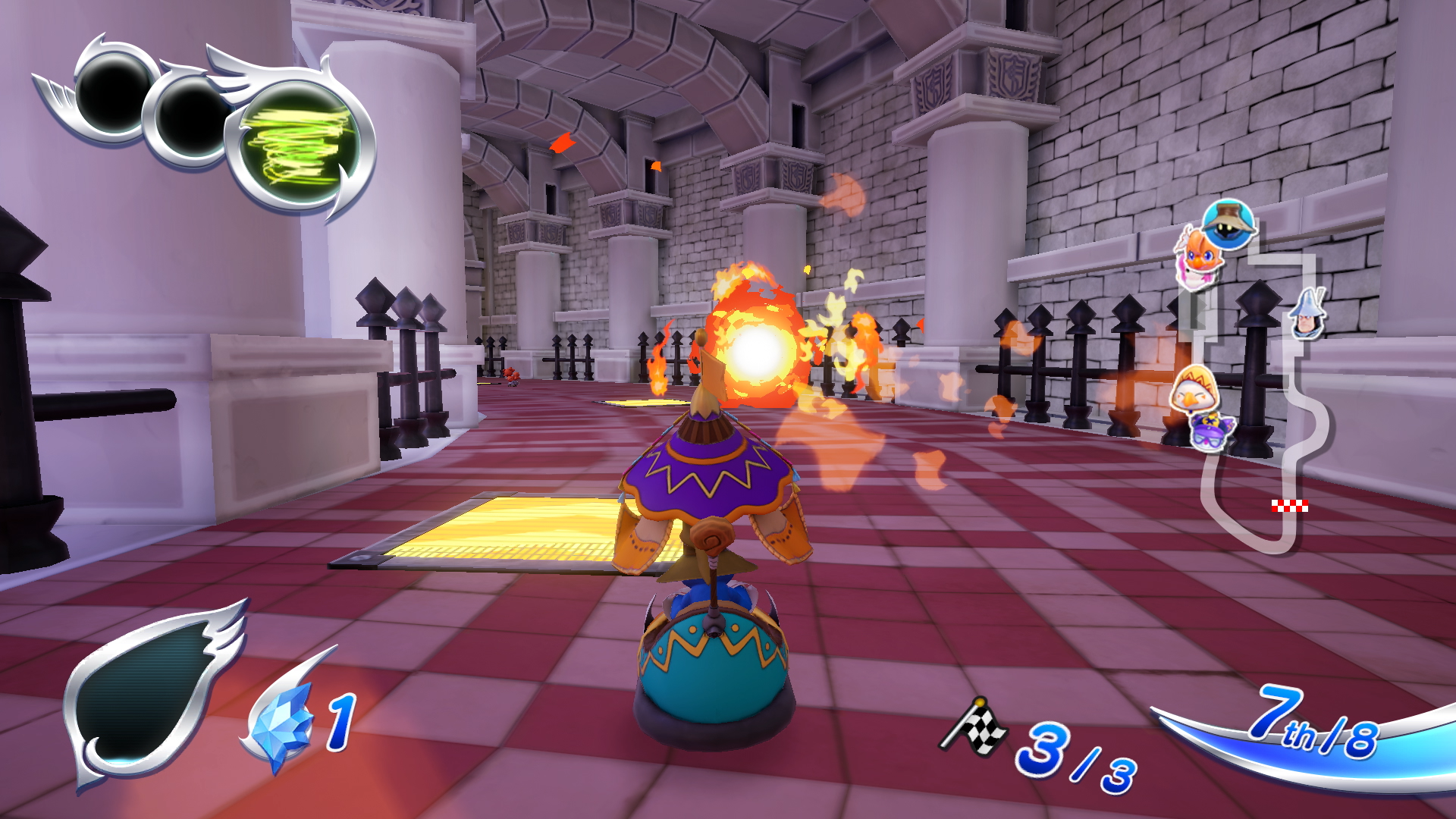 There’s plenty more to see from Chocobo GP, such as the story mode and online features, and we’re sure to get more info at Tokyo Game Show and beyond. We’ll be sure to bring you all the latest as it comes in ahead of the game’s 2022 launch, exclusively on Switch.