There has been a lot of secrecy surrounding Illumination’s upcoming Super Mario Bros. movie with Nintendo, yet new information may have finally just leaked by accident. Italian comedian and actor Sebastian Maniscalco was recently on an episode of the Bertcast where he claimed that later that day he was going to be recording lines for the character Foreman Spike in the Super Mario Bros. movie later after the show. Below, you can listen to what he had to say at 1:35:10 into the podcast.

As Maniscalco says, Spike is “their boss” and not to be confused with the standard spike throwing Koopa enemy (unless said enemy has gotten a promotion).

For those unaware, Foreman Spike is the foreman of the demolition site featured in the game Wrecking Crew. In the game Mario and Luigi both work under Spike, however, he always attempted to hinder their job. Spike made his first appearance as a rival where he would compete with Mario in the bonus stages for coins. 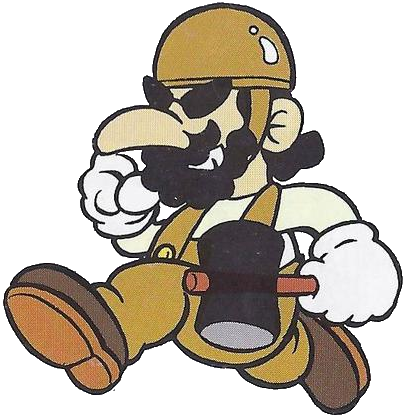 When more information regarding the Super Mario Bros. movie makes the rounds we will be sure to let you all know!