Pokémon Trading Cards modded into Kingdom Hearts III because why not

Kingdom Hearts series veterans will be well aware of Organization XIII’s Luxord. The card wielding member has had more than a few boss battles over the years, but he’s still something of an enigma, with Kingdom Hearts III in particular setting him up as a major player going forward.

Of course that has nothing to do with this little fan contribution. The Kingdom Hearts III modding scene has been flourishing since the series finally hit PC earlier this year, from the sensible to the goofy, and this mod from AESRYL – Azriel falls firmly in the latter camp. 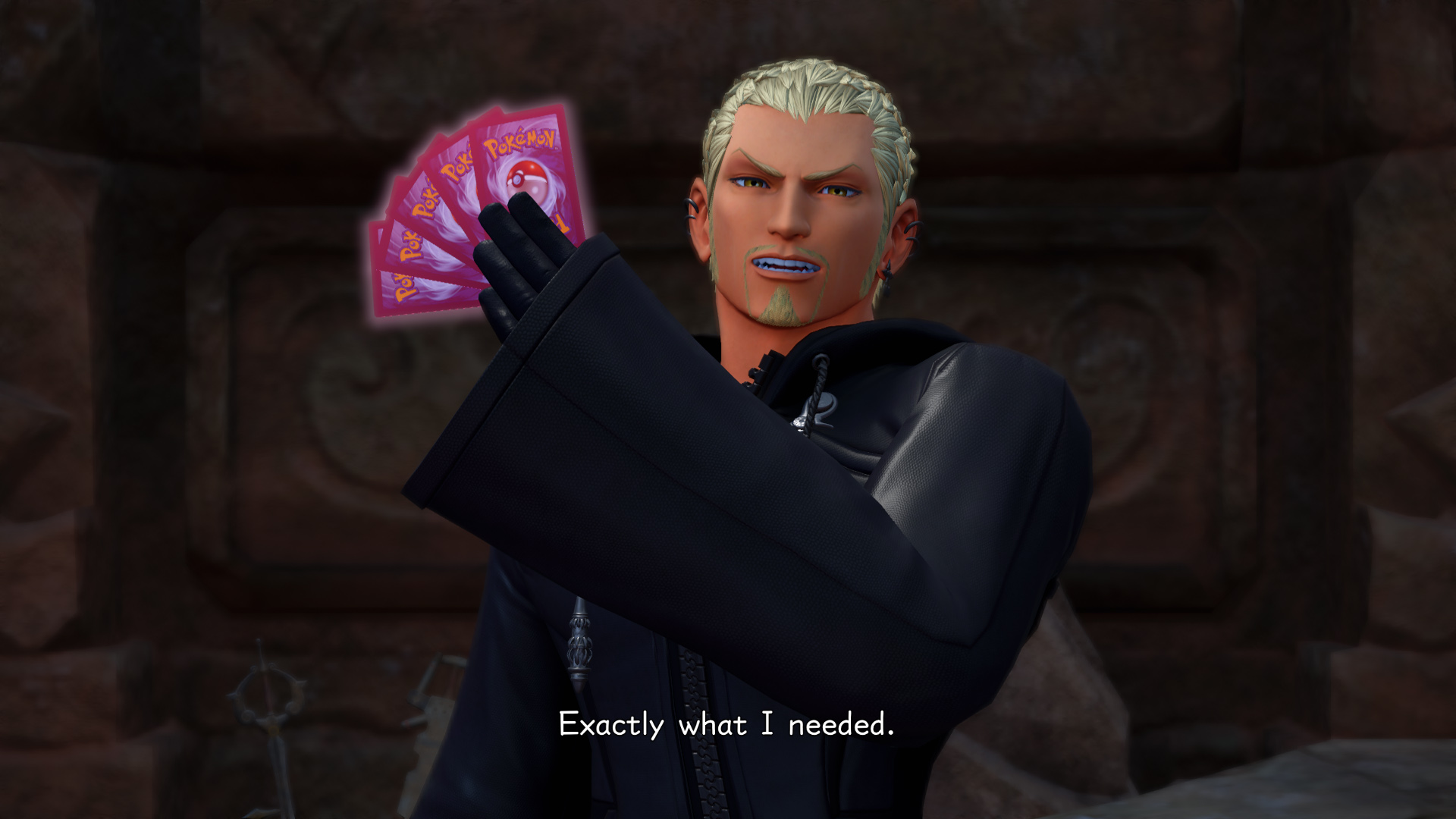 The attention to detail is pretty thorough too, with the Elemental energy cards being tied to their respective attacks and there are even custom designs for when characters are trapped within. 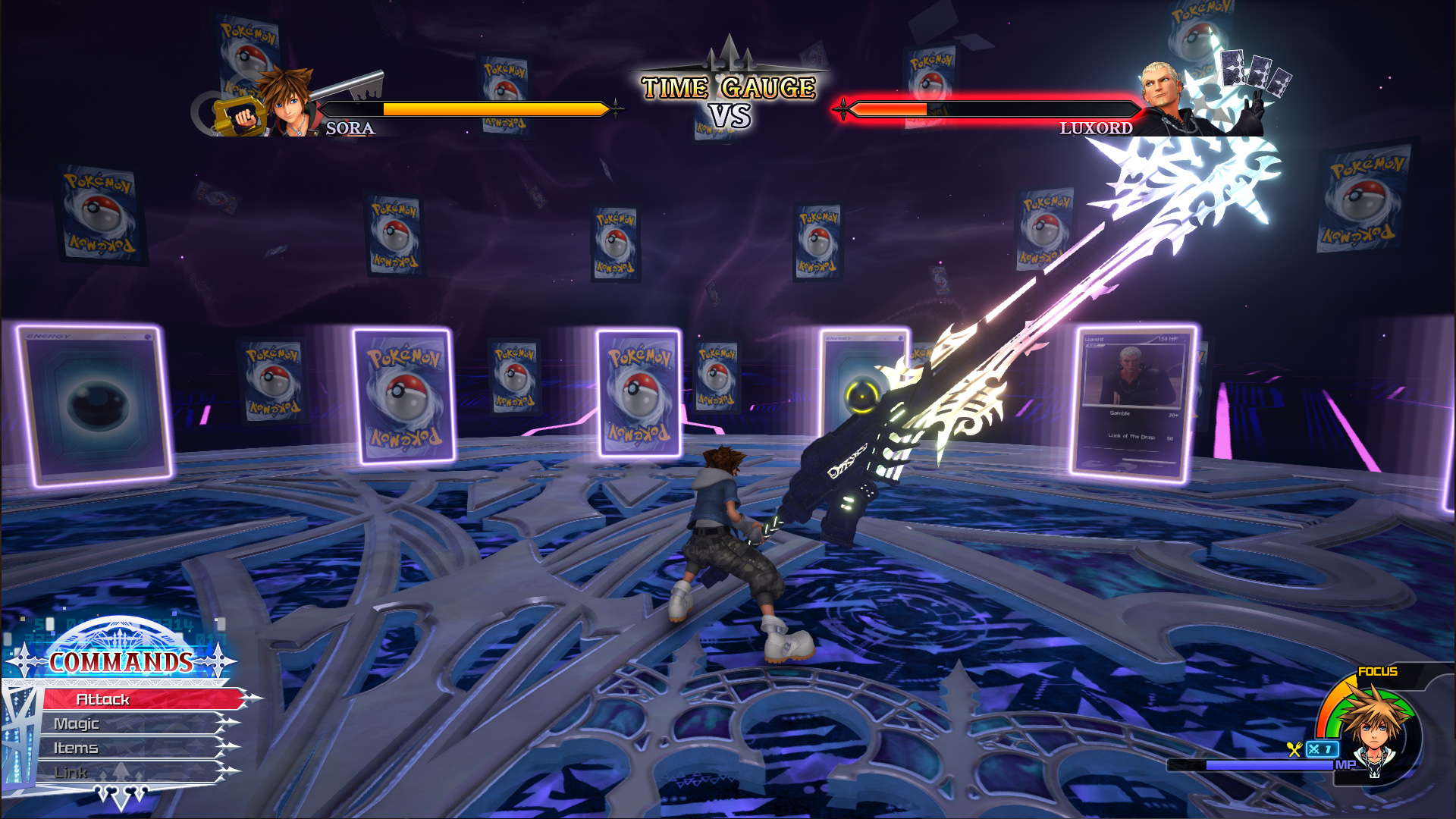 You’ll just have to come up with your own headcanon as to whether or not Luxord has contributed to the Pokémon TCG shortages of the past few months.