Fresh off the heels of this past weekend’s Post Malone Pokémon concert, The Pokémon Company has announced that a full anniversary album is in the works featuring a number of artists collaborating to create one gigantic musical Pokémon celebration. The project, titled Pokémon 25: The Album, will feature the musical talents of Katy Perry, J Balvin, Post Malone, and more.

This collaboration is part of the Pokémon Company’s yearlong P25 Music program, in which the company will be partnering with Universal Music Group to release new songs and events inspired by the pocket monsters throughout 2021. The musical festivities will culminate in the release of the full album, with the individual tracks to be released in “very Pokémon ways” as the year progresses.

“Just like Pokémon video game adventures, new surprises and discoveries happen along the journey. In addition to these musicians, Pokémon will enlist the help of some of the buzziest new artists from around the world for additional song collaborations. Music fans can stay tuned for more details, including very “Pokémon” ways in which these songs will be released.

These collaborations will culminate in a celebratory year-end digital album “Pokémon 25: The Album” to be released by Universal Music Group’s Capitol Records. The album will feature 14 songs by 11 different Universal Music Group artists including Katy Perry and J Balvin, and Post Malone’s “Only Wanna Be with You – Pokémon 25 Version” surprise original cover of the Hootie and the Blowfish smash ’90s hit ‘performed’ during Pokémon’s P25 Music virtual concert…”

The album can already be pre-saved on Spotify starting today, and Post Malone’s “Only Wanna Be with You – Pokémon 25 Version” is already available to enjoy on the service. 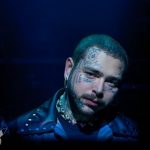 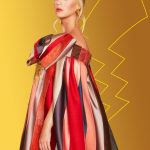 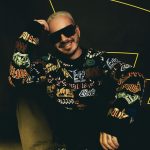