It looks like Arby’s will soon have kids meals toys featuring Shovel Knight, according to the official menu on Arby’s website. 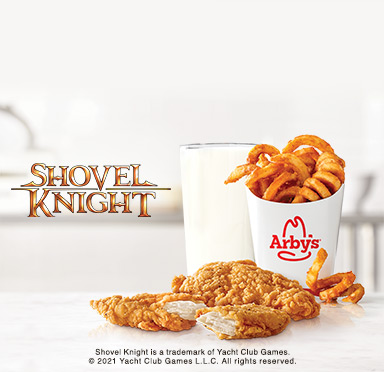 The only info on the site is a picture of a chicken tenders meal with the Shovel Knight logo, but we will most likely have more info soon.

It’s pretty incredible to see an indie project get so much love that it ends up as a toy in a national fast food chain, and if anyone deserves it, it’s Shovel Knight!

Strike the Earth, and get those meats!