Just as the Cursed Connections raid event ends, Dragalia Lost has one last New Year’s present for players. As part of the new Fortune’s Fray coliseum event, a Gala Dragalia Remix has been announced that puts two of the mobile game’s main characters in their celebratory best.

Kimono Elisanne and Kimono Luca are here to kick off the year in a traditional style. Their illustrations also feature other characters ready for the first shrine visit of…whatever year it is in the Halidom. They’re joined by Gala Mym, though it’s worth noting that the Kimono variants won’t be limited to Galas and will show up (at a lower appearance rate) in the next showcase. 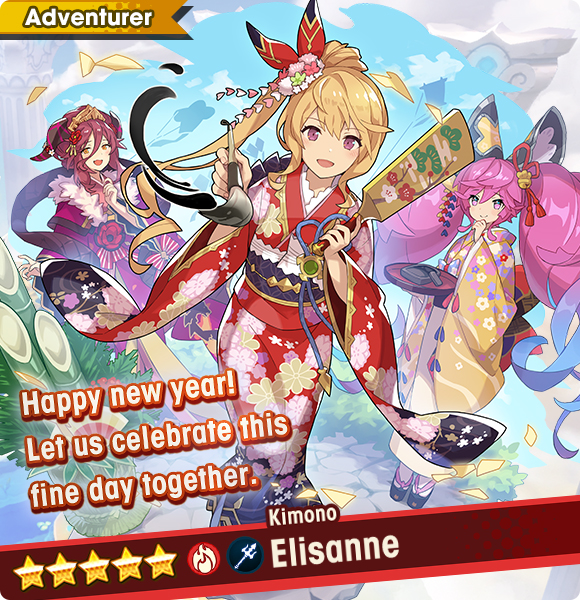 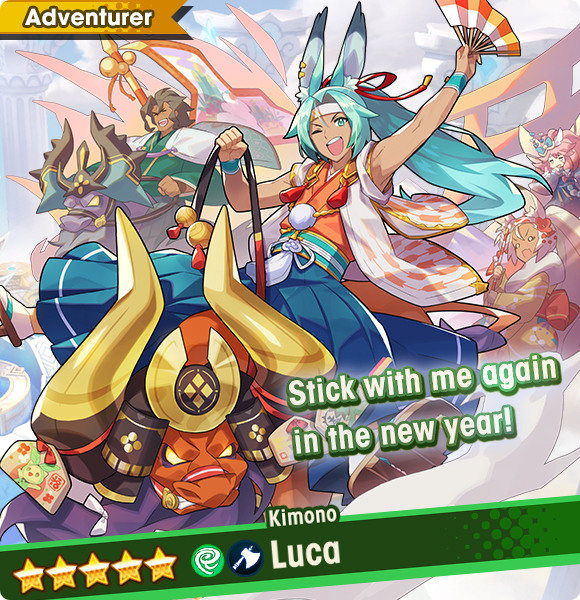 Tempting as they may be, we do have a Persona 5 Strikers event on the way as well as the annual Valentine’s Day offerings. Use your summons wisely once this Gala Remix begins tonight, January 13th, at 10 p.m. PT.