Across the internet, Nintendo fans desperate for the official opening of Super Nintendo World (and even more desperate to visit) are gobbling up every last detail and new photo we can find. As both an obvious Nintendo fanboy and theme park enthusiast, I’ve been closely following the development of this theme park since its conception was nothing more than a little rumor — and as such, I can tell you that I’m feverishly consuming every piece of media I can about it until the fated day I actually get to visit.

So, you can imagine my delight when even more new photos of Osaka’s Super Nintendo World started dropping on theme park construction forum ThemeparX.

There are a TON of photos here, and even the new photos of things we’ve already seen are a delight. My eye is immediately drawn to anything characters based: I absolutely love the statue of Bowser Jr. and the Mario graffiti posted right below it — a clear reference to Super Mario Sunshine. The photos of Bowser’s Castle are also impressive; it looks especially ominous and enticing once the sun has started to go down, and even almost serves as a hilariously aggressive foil to the beautiful and elegant princess castles our brains are so accustomed to seeing at theme parks… even if this park features one of those, too! 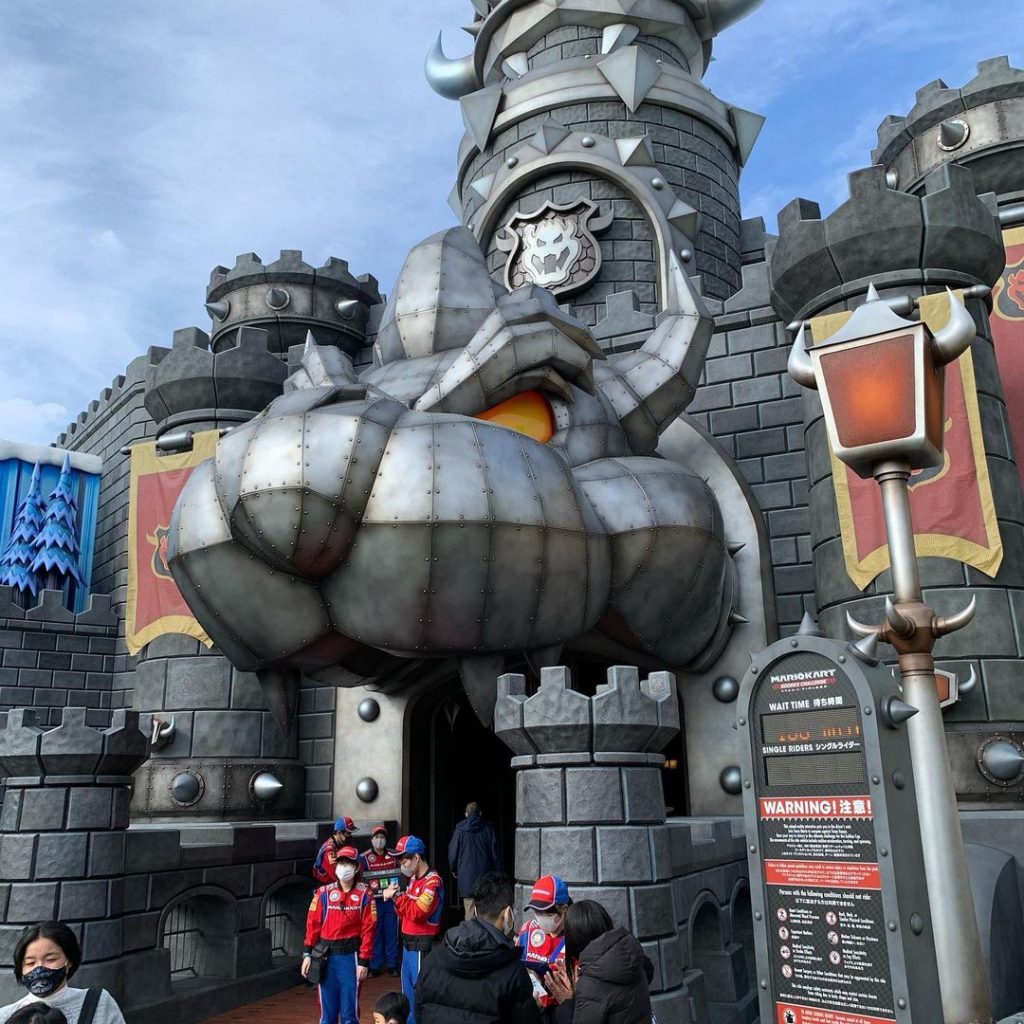 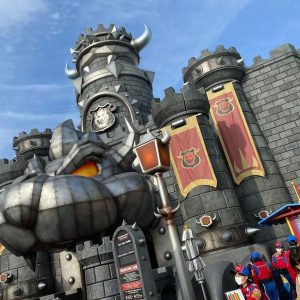 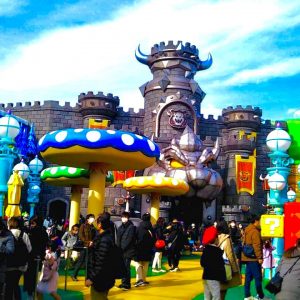 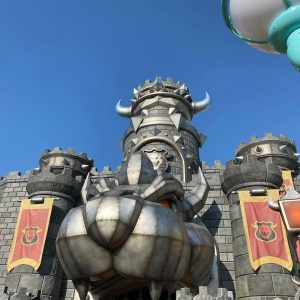 I also quickly want to draw attention to the character costumes we’re seeing on display here. Everyone knows that half the reason to go to a theme park is the photo ops, and there aren’t very many things in a theme park that make for better photo ops than photos with the character from that theme. As we’re all well aware at this point, Nintendo holds their IPs very close to their heart, which means an attention to detail was a given. But even with that in mind, I still find myself stunned by the accuracy of some of these costumes. The Toad costume looks similar to the inflatable Pikachu costumes we’ve seen over the past few years, helping to give him that signature round, soft, squishy shape; while Peach — who’s a human — still appears exactly as Peach should. I’m particularly impressed with the pinpoint accuracy that her hair is molded, and it just makes me even more excited to eventually have my picture taken with the royal highness of the Mushroom Kingdom. 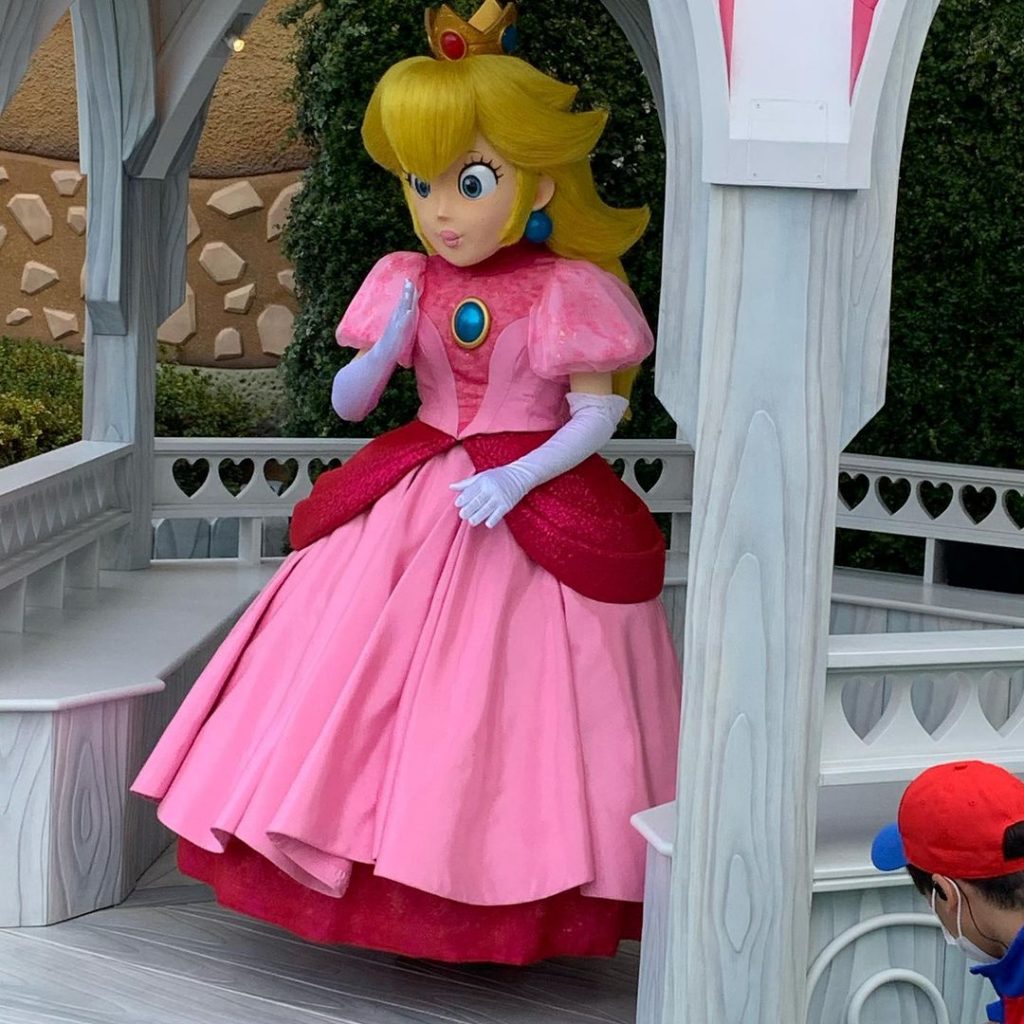 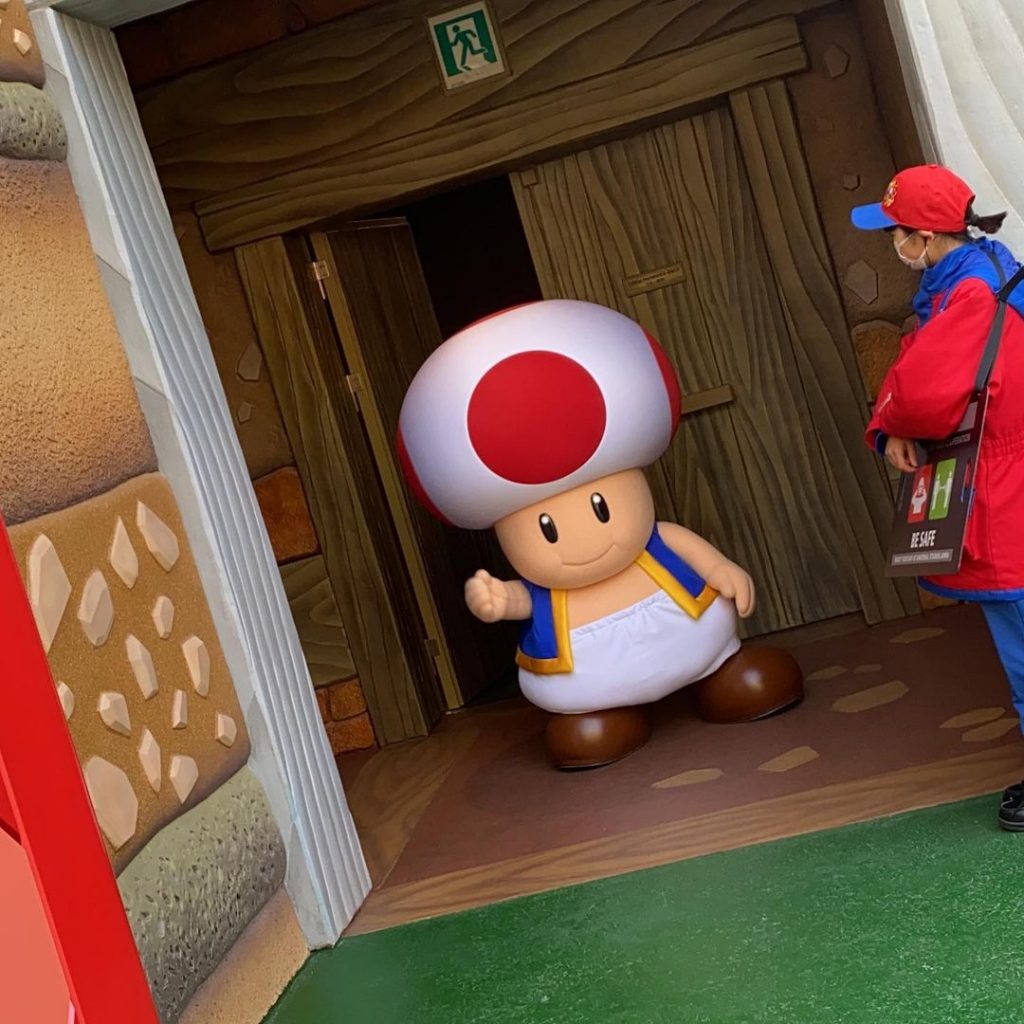 Tons of photographs from the park have been uploaded over the past few days, and while they’re too numerous to go through one by one, I highly encourage you to take a scroll through the website and see them all for yourself. Not only is it a treat in and of itself to see Nintendo IPs coming to life in the real world in this way, but if you’re even remotely excited for the opening of Super Nintendo World, seeing even more photos of what the end result will look like is bound to get you to want to visit.