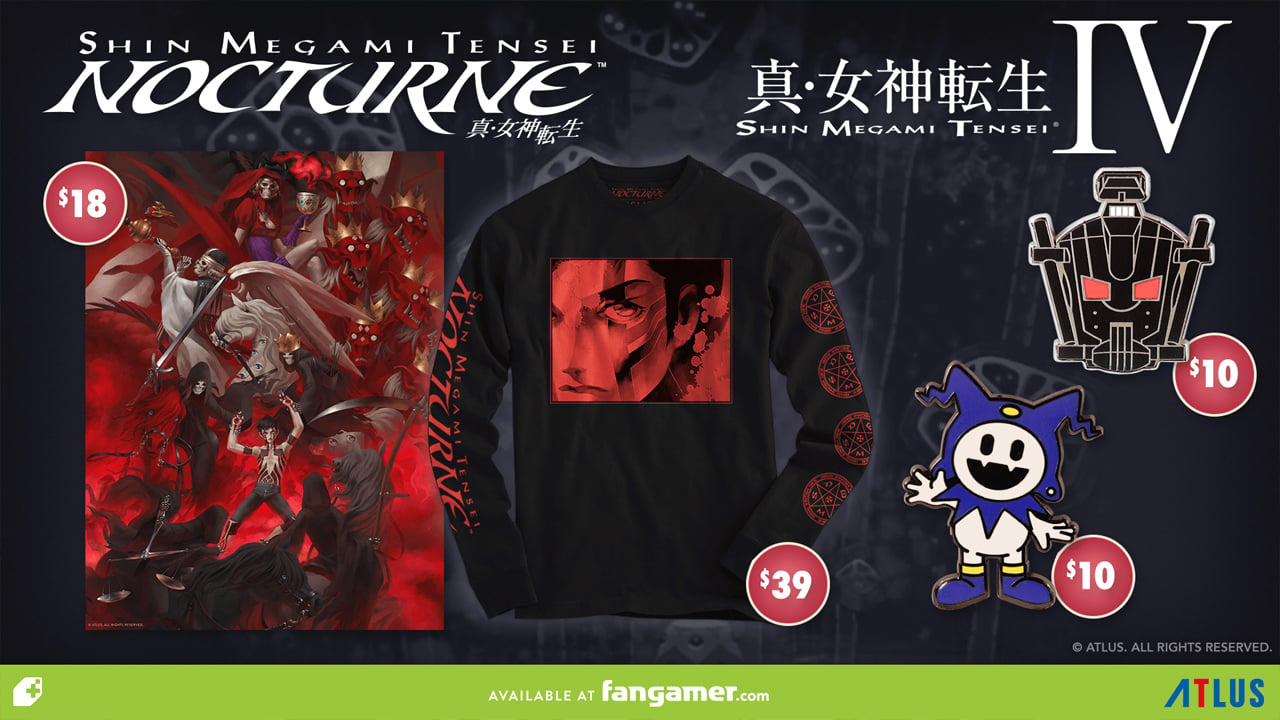 This includes a long sleeve shirt featuring the Demi-fiend, a poster featuring official art from the game, and (best of all in my opinion) a Jack Frost pin. If you’re more familiar with Mega Ten IV (or perhaps Strange Journey), you can also grab a Black Samurai pin if you’re willing to pay up enough Macca.

You can order all of these now, and look forward to heaven and hell encroaching on our mortal trifles to point of existential cessation sometime in the future.