Sonic the Hedgehog twitter teasing something with the number “3”

There are plenty of third games fans are hoping get announced some day – Half-Life 3, a localization of Mother 3, Osu! Tatakae! Ouendan 3 (just me?) but Sonic fans in particular have been pulling for a certain game for decades – Sonic Adventure 3.

While no such game has been announced, the official Sonic Twitter account has been throwing fuel onto the fire with a very sneaky reference to the number in a recent meme-tastic tweet.

Ignoring the fibbonaci lines, you can see a number three on Sonic’s cheek. 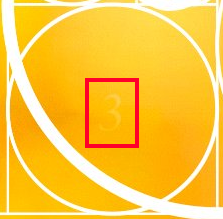 Not only that but current Eggman voice actor Mike Pollock even posted a reply drawing attention to the number.

Of course, this could mean anything. It could be teasing an announcement on November 3rd, or counting down 3 days till an announcement is made. It could even be another third game entirely – perhaps a third Sonic & All Stars Racing game, or an overdue modern port of Sonic the Hedgehog 3.

But Sonic Adventure 3 remains the dream of fans so here’s hoping it’s that one, complete with all the Chao Garden management anyone could ask for.