Five details you might not have noticed in the Pokémon Gotcha! music video

While today’s Pokémon broadcast was framed as being about the upcoming Crown Tundra expansion for Pokémon Sword and Shield, the biggest treat for me personally was the special music video premiered at the end. Bump of Chicken’s Gotcha! and the animation that accompanied it went all out on looking back at every generation of Pokémon’s main titles.

Many of these were clear and easy to spot but some of our favorite details were a little more subtle than the rest. Read on for five that we spotted:

Blue went Venusaur for once

Blue (aka Green, aka the original rival, aka Gary, aka an incredible genius) rightfully gets an eye catching moment amongst the rest of the Champions, but did you spot his team? Beside him is Venusaur, the final evolution of Bulbasaur. 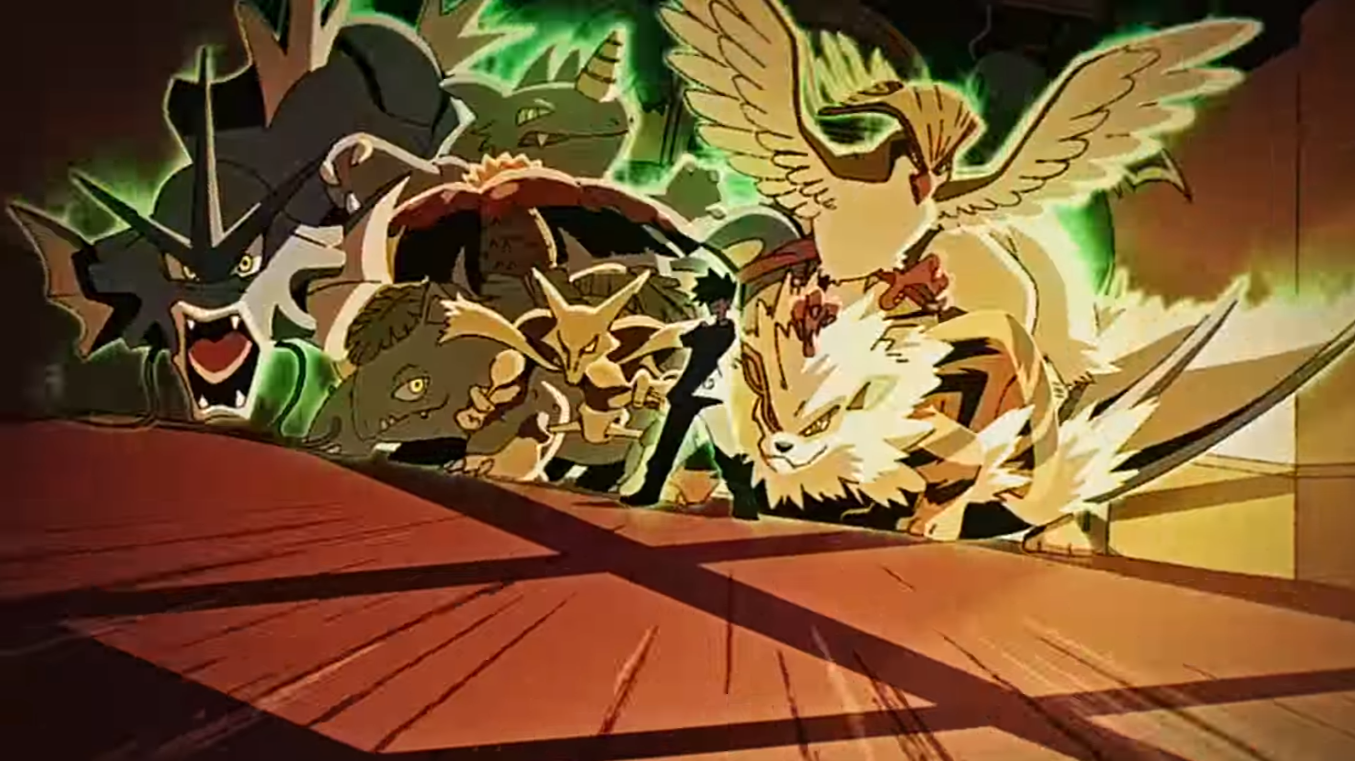 This is notable because in many adaptations Blue seems to lean towards the Squirtle line. The Pokémon Adventures manga is an exception as well, though there he goes with Charmander. Because of this detail, we can also surmise that Red (who shows up later in the video with both Blastoise and Charizard) picked Squirtle as his starter.

One of the most fun sections of Gotcha! is devoted to the Gym Leaders and Elite Four members grouped by type. It took a few watches for me to spot one of the least utilized though. Take a look carefully at the edges of the screen during Ghost’s spotlight. 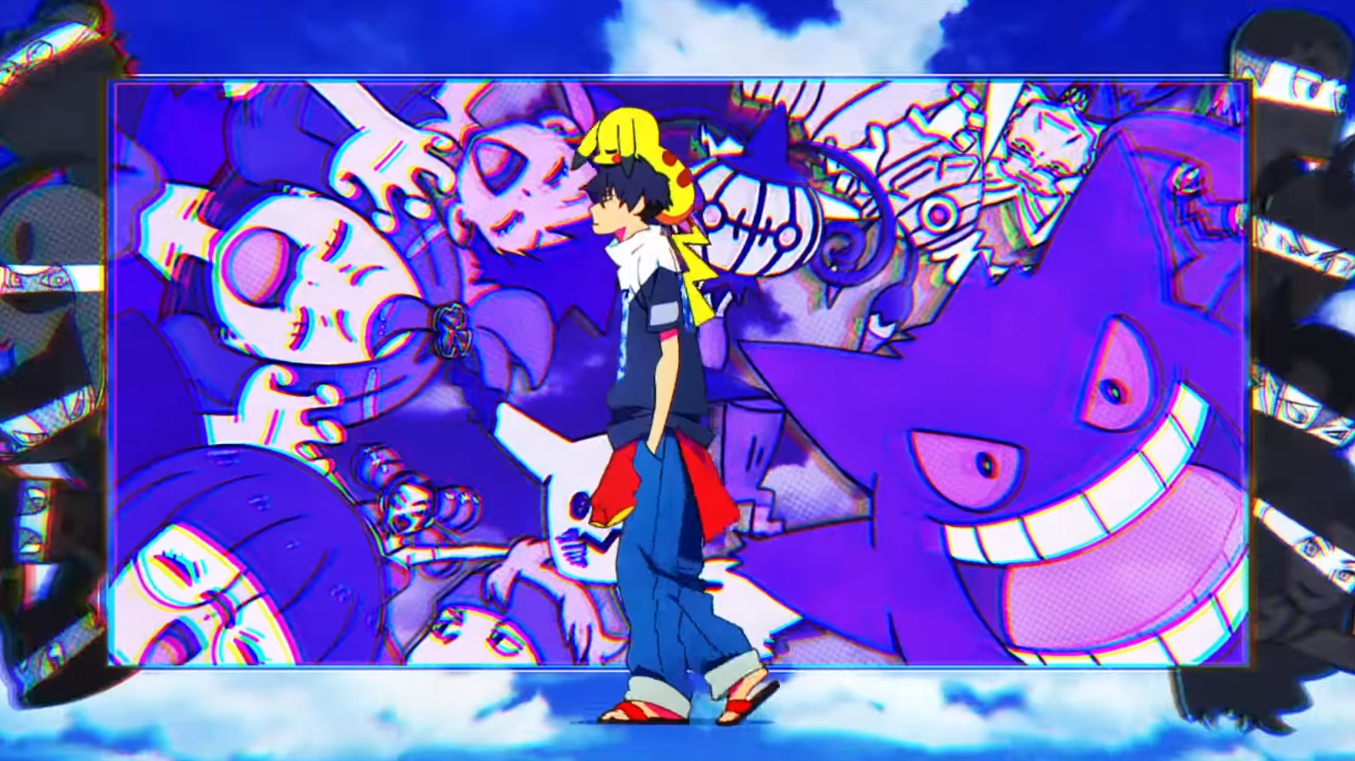 Yep, there’re the Dark type specialists! Being sneaky as can be, we spot Karen, Grimsley, Nanu, and Sidney on the right along with some of their Pokémon on the left. Framed in shadow, it’s a fitting appearance for the four Elite Four members.

Going out on a limb

While many of the trainers get some solid screen time, others are a lot more minimal in their appearances. Great moments like the earlier Blue shot or Steven’s Metagross Mega Evolving lead into more somber characters like Silver and N. As a fan of Gen V though, I love the high five between the mostly unseen Alder and Iris – a callback to him passing the torch to her as Champion by the time of Black 2 and White 2. 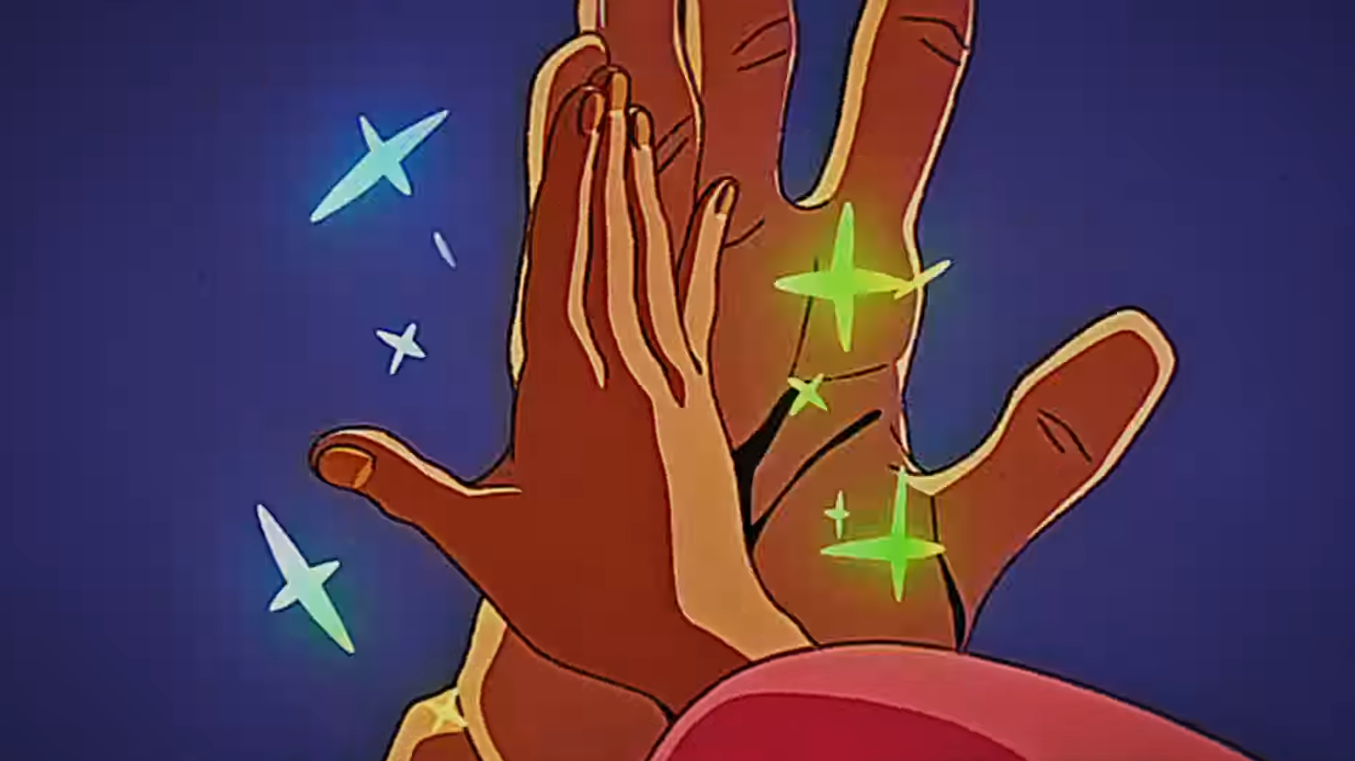 Another blink and you’ll miss it comes when Brandon and May of Gen III briefly show up. The framing of the shot is particularly interesting as it’s viewed from behind and below a different character altogether – the hard working and self improving Wally! All we see are his legs (and telltale bag) but the presence of Victory Road’s cave walls make for a nice callback to his big moment. 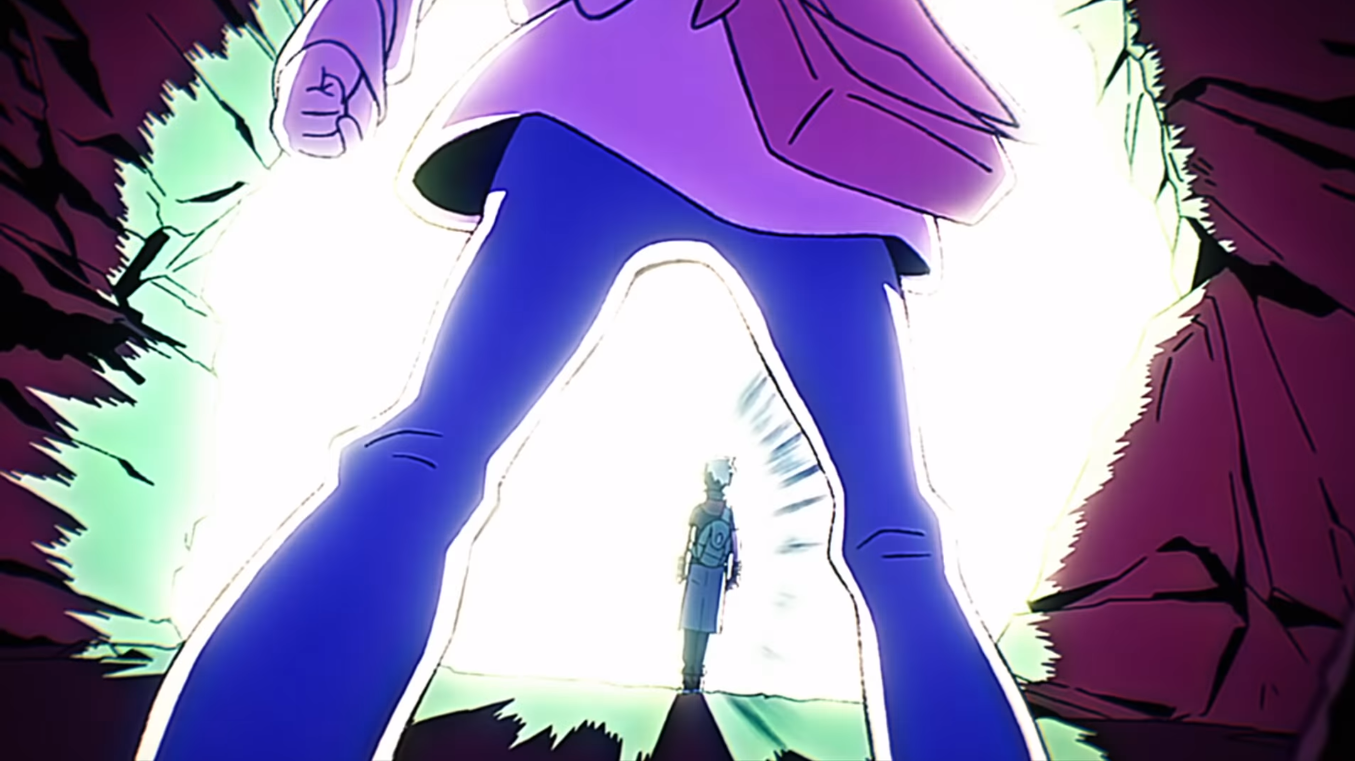 Not Everyone is Here

With how many characters do show up, either in person or in silhouette, it makes some of the omissions even more curious. One of the last shots makes a point of featuring the Subway Bosses and Battle Chatelaines, yet on multiple viewings we haven’t been able to spot the Frontier Brains of Hoenn and Sinnoh anywhere. They’re hardly the only omissions, but with their equivalents from later generations getting to show it’s an interesting one. 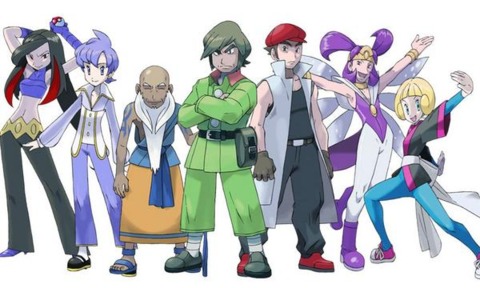 Similarly, as far as playable characters go two notable leading ladies once again seem to have missed their invitations. Leaf (the female playable character of FireRed and LeafGreen) and Kris (of Crystal, and the first playable girl) don’t appear to show up at any point. HeartGold and SoulSilver’s Lyra does show, but with Leaf and Kris both available in Pokémon Masters it’s a shame they couldn’t make it to this. 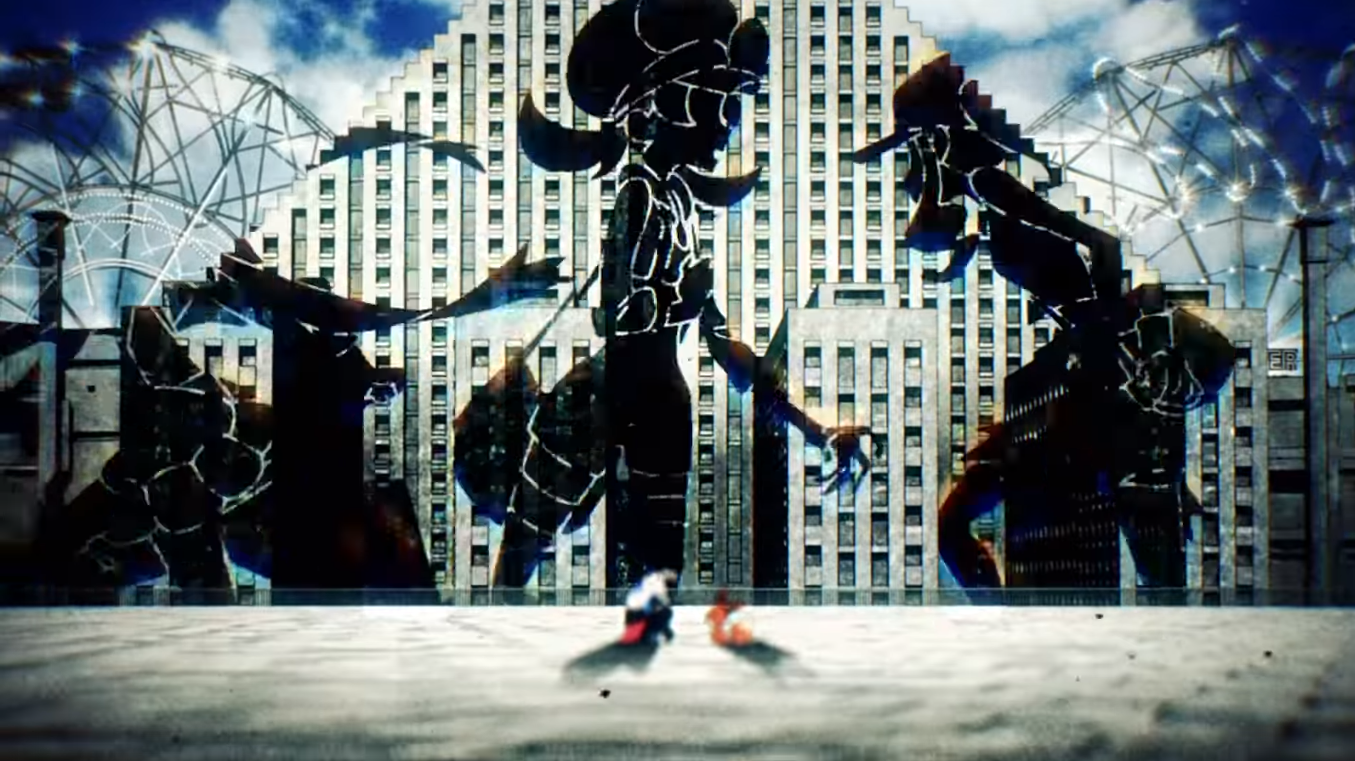 “There’s a movie on TV. Four boys are walking on railroad tracks. …I’d better go, too.”

These words show up on your house’s TV in the original Pokémon games, referencing the movie Stand by Me. It’s a call to get out and start your journey, and sure enough it’s exactly how this celebration of the Pokémon games begins (and ends). 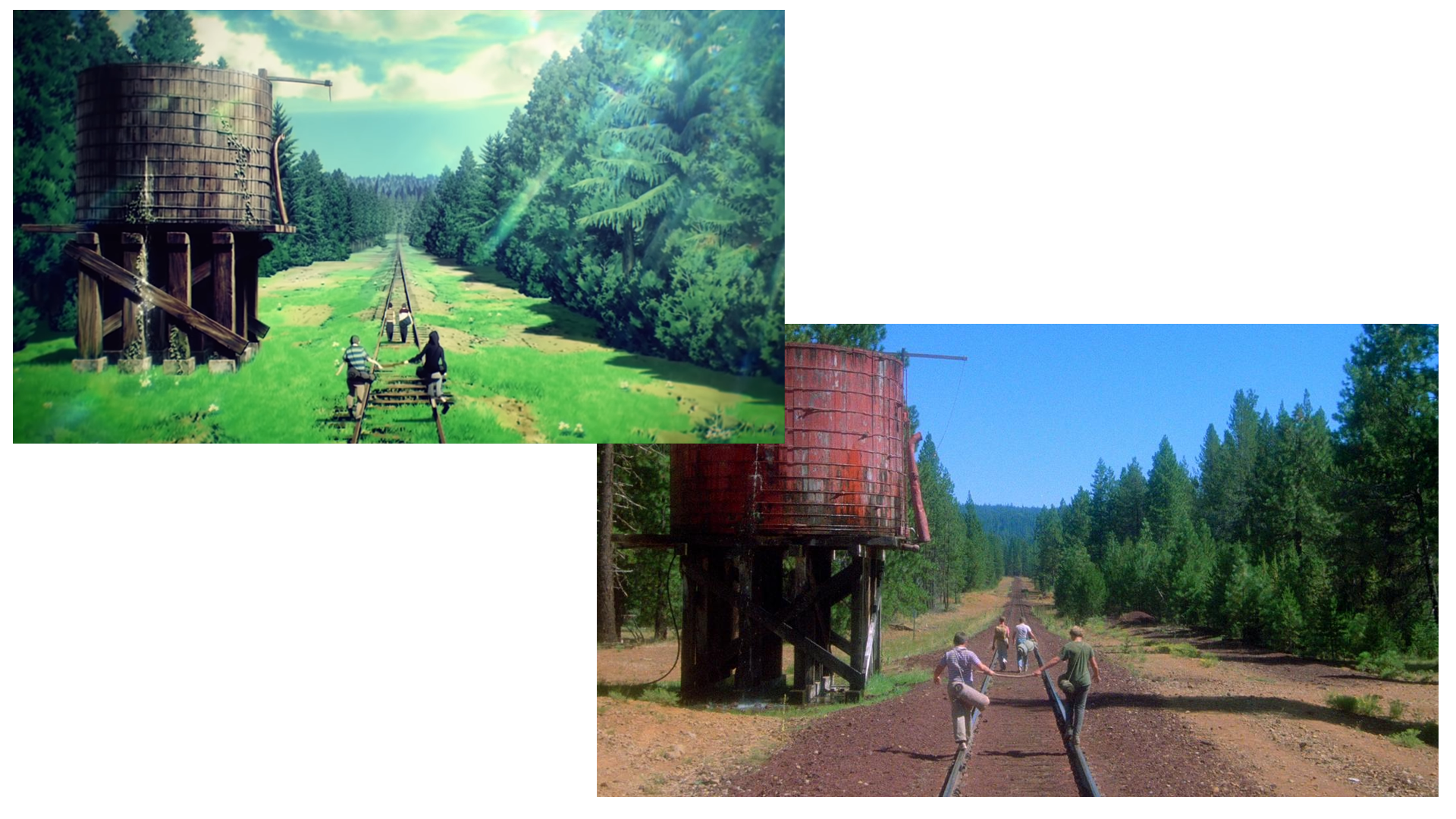 Now that we’re all drowning in nostalgia, let us know what your favorite moment in Gotcha! was below. Look forward to more Pokémon coverage as we head towards The Crown Tundra’s release on October 22nd.