Thanks to various theme park fansites and YouTube channels, we have a recent update concerning Universal Studios Hollywood’s version of Super Nintendo World. As we previously reported last month, pieces of the green hill facade (and other locations) were being assembled. Now, it looks like the construction crew is slowly positioning them in place as the metal structure appears to be finished.

Reported by Inside Universal, the park is viewable from various parking garages. They were able to post the following images, including the section of the installed green hills facade. 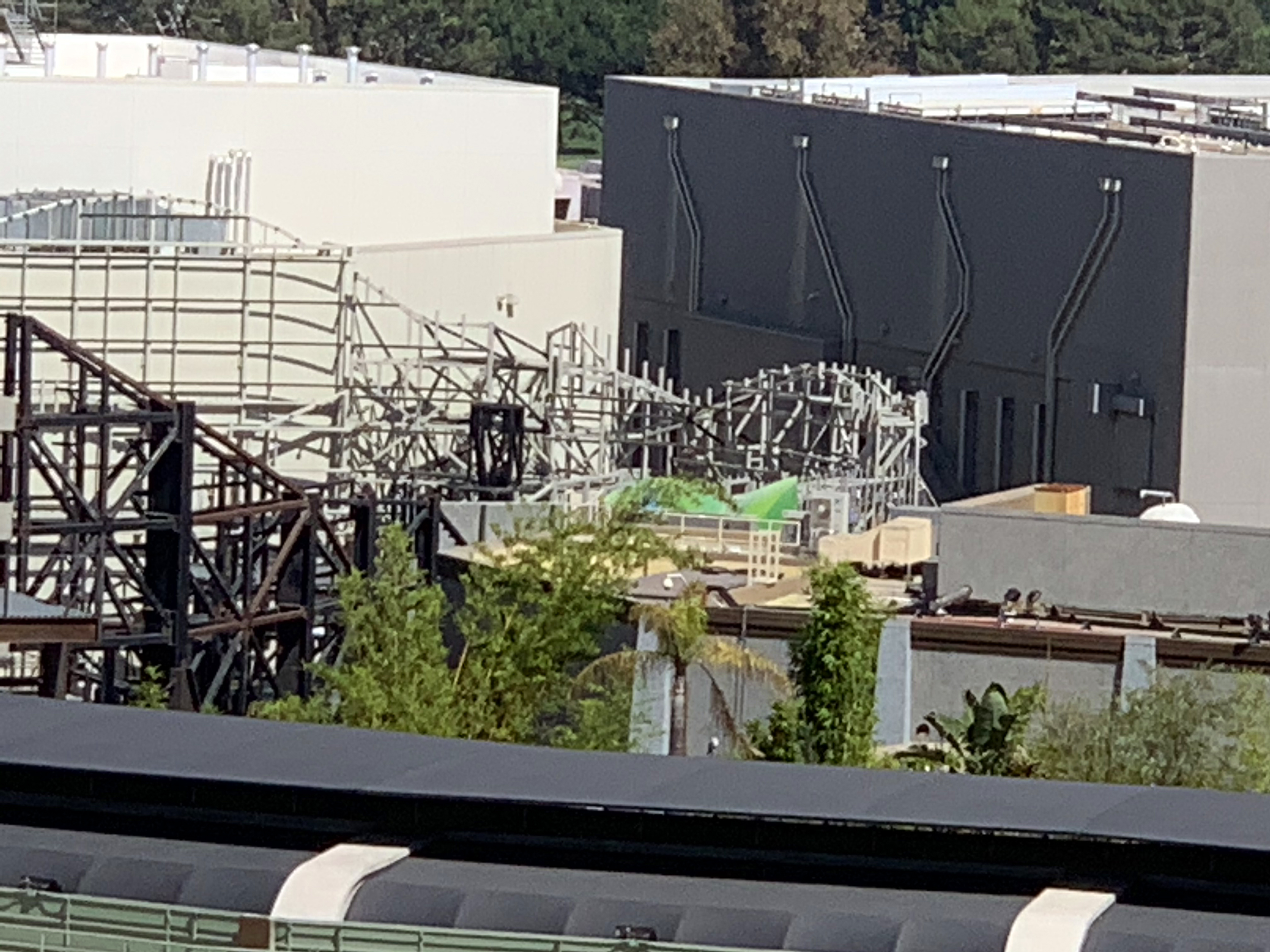 Other fans, though, have access to other equipment. Santa Clarita Drone has been making visits to the new land via their handy-dandy drone (still images from the video shared below). 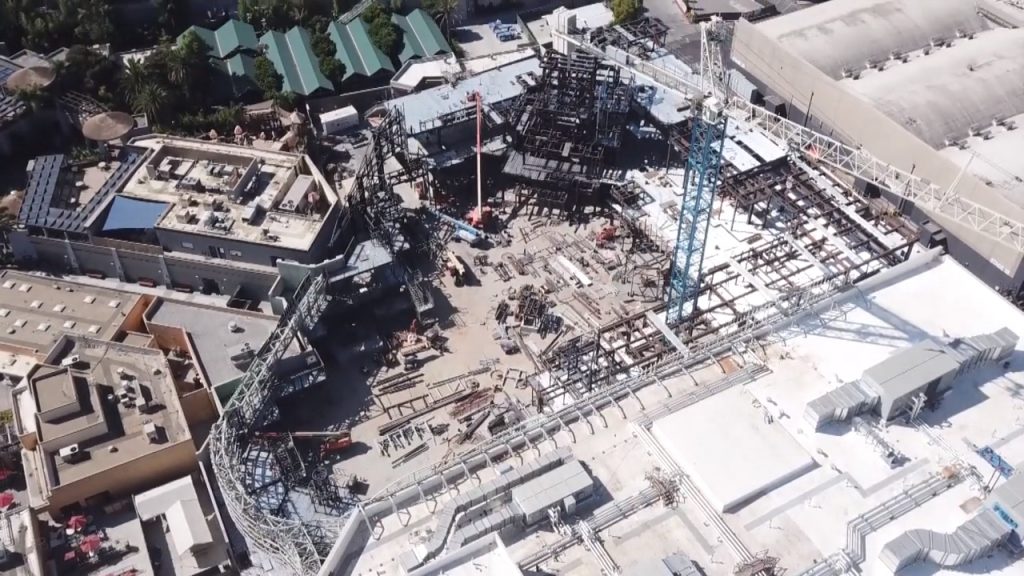 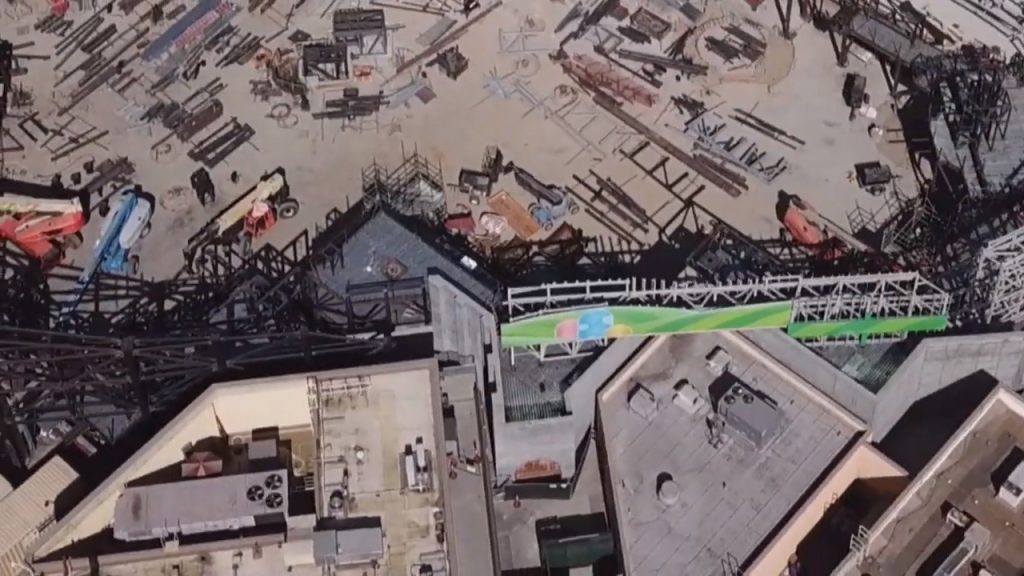 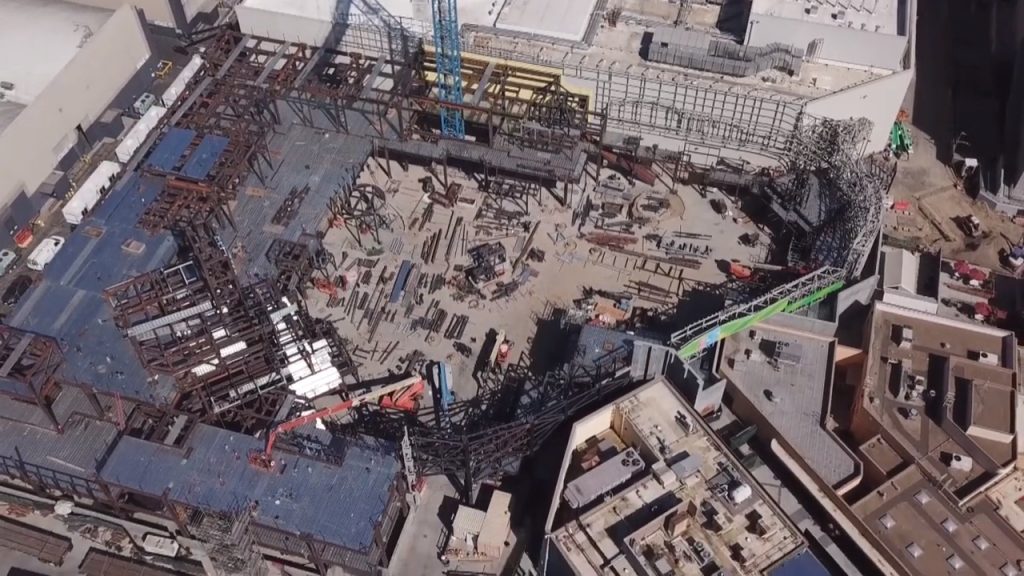 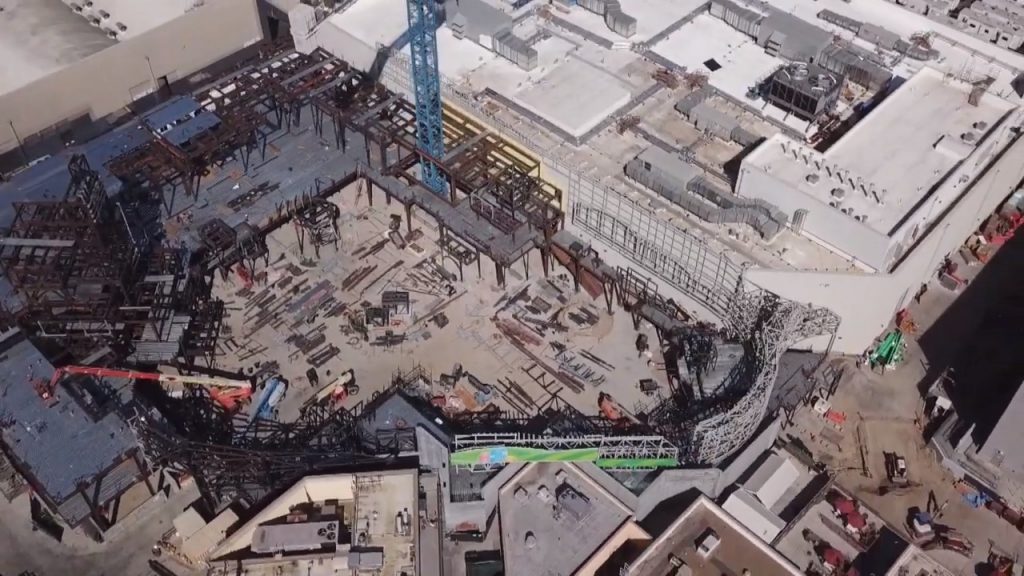 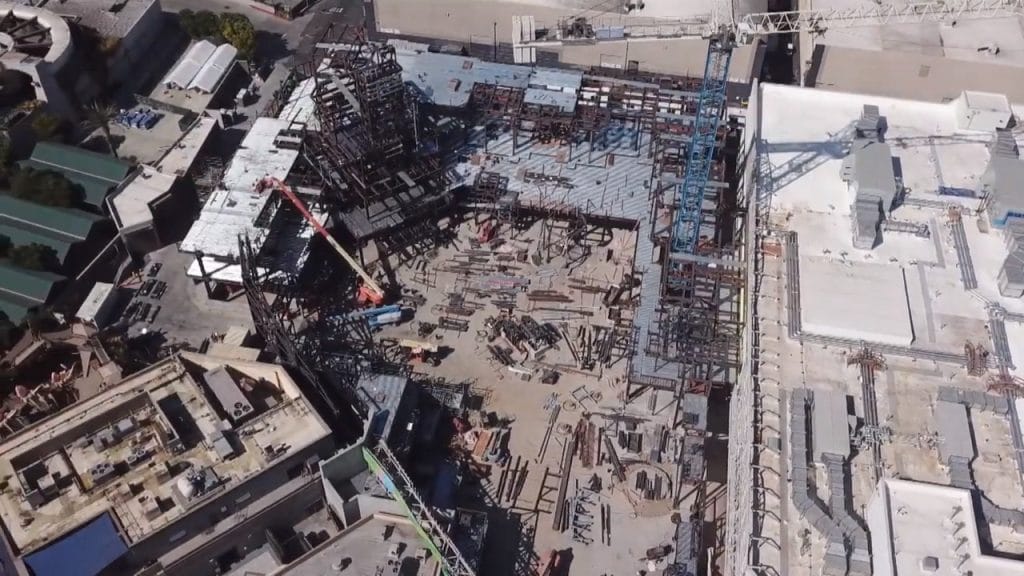 With this high flying view, we can also see that Bowser’s Castle is shaping up nicely and how much smaller this version of Super Nintendo World will be compared to its Universal Studios Japan original (this is due to USH’s location and lack of available land to expand).

Currently, USH will be the home to the only United States version of Super Nintendo World, as its Florida counterpart has been put on indefinite hold due to financial losses caused by COVID-19.