Initially planned for Saturday, May 2nd, Free Comic Book Day transformed into Free Comic Book Summer this year. Due to the COVID-19 pandemic, the one-day event became a once-a-week, summer-long event. Now, as we approach fall, we’re down to its final week. Thankfully, FCBD saved the best for last.

From Viz Media, previews of The Legend of Zelda: Twilight Princess and Splatoon: Squid Kids Comedy Show manga have been combined into a free comic book. 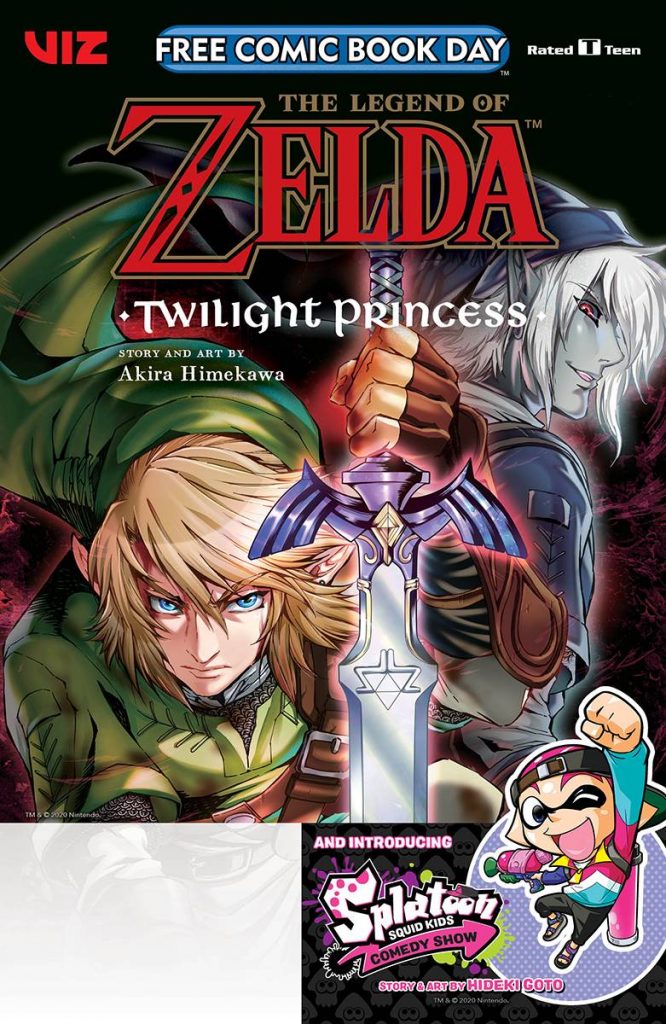 PLUS: Splatoon: Squid Kids Comedy Show, a new series based on the world of Splatoon, the hit video game series from Nintendo!”

The Legend of Zelda: Twilight Princess manga is currently at Volume 7 in the US at the time of this article being published. Judging by the artwork used, the FCBD 2020 version appears to show a portion of what happens in Volume 6. As for Splatoon: Squid Kids Comedy Show, only one volume has been localized and was released this summer.

To pick up your own free copy, head on over to your local participating comic shop. Feel free to use FCBD’s Shop Finder to see which Mom & Pop shop is closest to you!