An Afternoon With Eevee & Friends: Leafeon Figure by Funko revealed

Ready to catch the next Eevee in the set, Trainers? Over the last few months, The Pokémon Company and Funko have released a different Eeveelution part of a connecting set called “An Afternoon With Eevee & Friends” on a monthly basis. Together these figures create a large diorama containing every form in the fan-favorite evolution pocket monster’s lineup. Have a look at the latest addition to the set, the verdant Grass-type Pokémon Leafeon, below! 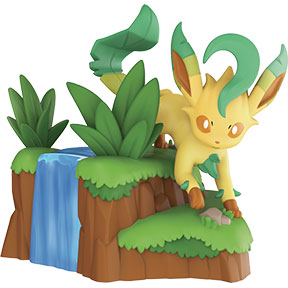 Leafeon will release at the Pokémon Center on September 16th at 9 a.m. PT. The Eeveelution figures are in limited quantities. Previous products in the series have yet to ever receive a restock. While the last member of the set, Umbreon, is yet to be shown off, previously we reported that official images of the final figure had been leaked by accident. When details are released next month for Umbreon we’ll be sure to share them with you all!