Netflix’s High Score took on a monumental questline – to chronicle and present moments in video game history. The six-episode docu-series was able to highlight stories untold and at least a handful of video game trivia you didn’t know. Yet, if the series left you wanting more or hoping to pick the brains of those involved, then you’ll want to take advantage of the following today. 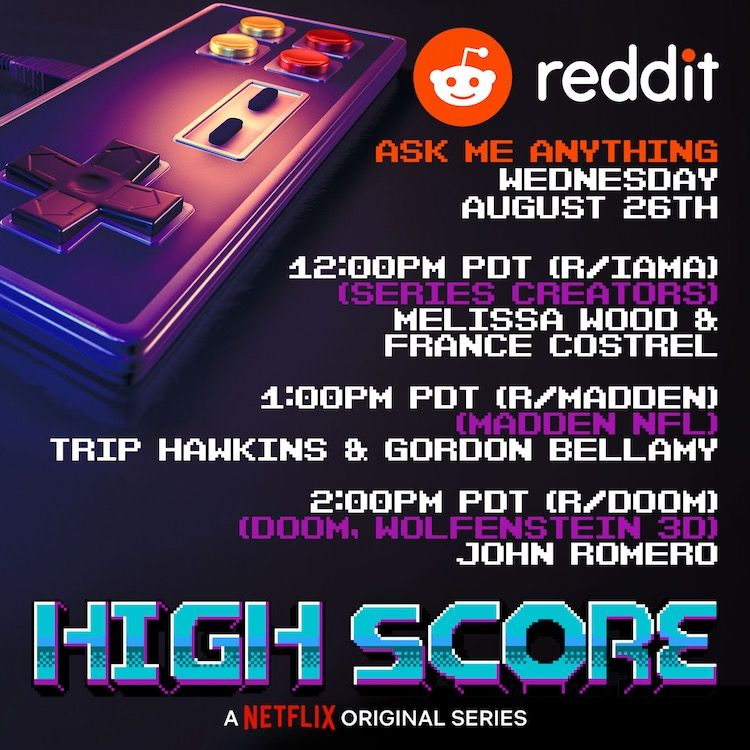 Three different AMA (Ask Me Anything) threads will be held today on Reddit! Announced via a press release from Netflix, here’s who will be answering questions left and right:

All links to these AMAs aren’t public yet, but you can check out r/IAmA, r/DOOM, and r/Madden. We’ll add the direct links as they appear below:

Head on over and ask away, or read through the day’s Q&A!