We’ve seen many different Geralt of Rivia figures over the years, so it’s no surprise to see another Witcher figure coming out. This time it’s from McFarlane Toys. The toy company and CD Projekt Red have announced a new partnership, and with it a new Geralt action figure. 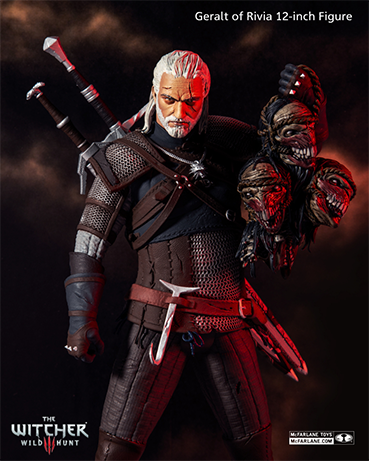 Coming this fall, this rendition of Geralt is based-on the uber-popular The Witcher 3: Wild Hunt entry. Standing 12-inches tall, this Geralt action figure also features Kaer Morhen armor and his patented silver and steel swords. To top if off, you’ll also receive a three-headed monster trophy.

Pre-orders for the figure will start in mid-October on Amazon, and he’ll cost $39.99.

Overall, with McFarlane Toys’ and CD Projekt Red’s partnership, this will be the first of many new Witcher action figures to come starting next year.