Thanks to IGN, a sneak preview bonus level has been unlocked for Netflix’s upcoming documentary series, High Score. Previously, all we had was the series’ title image and some press kit shots, but now we can watch the opening credits!

Filled with nods to games like Pong, Donkey Kong, Super Mario World, Earthbound, F-Zero, and more, we also know who is narrating the series. Who better to guide us through six episodes of video game history than Charles “It’s-a Me, Mario!” Martinet. 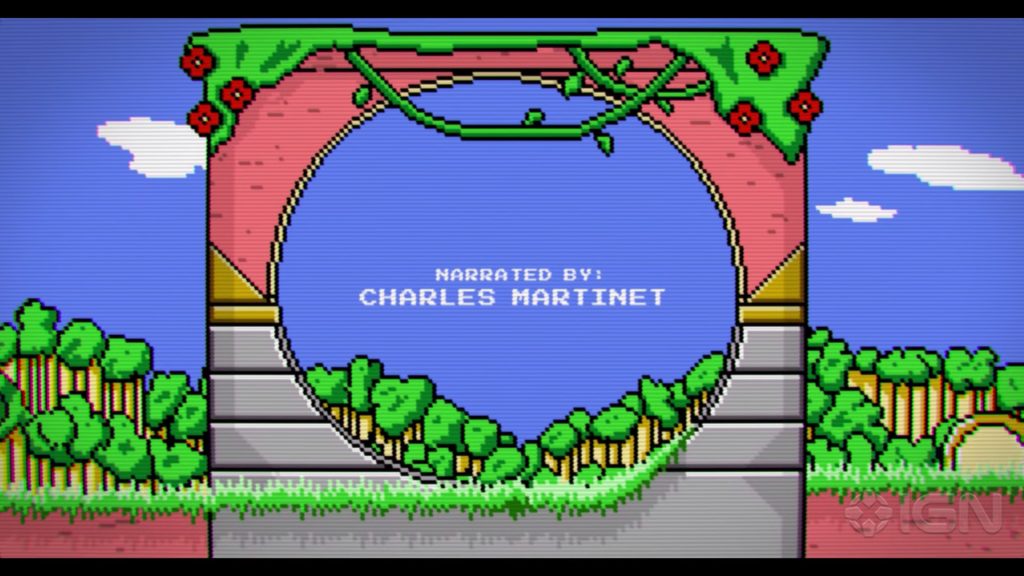 Of course, his particular credit screen is in reference to Sonic, the blue-hedgehog and former rival to Mario. Sure, some vocal fans online have noted this as a particular “goof”, but I’d argue it’s weirdly fitting when you look at Mario and Sonic today. The rivalry is still there, but more friendly, and usually brought out during the winter and summer Olympics or in Super Smash Bros. Ultimate matches. And if you still want to say that Martinet hasn’t done any voice work for Sonic the Hedgehog, then you should watch this commercial he narrated over 25 years ago.

Ha! A commercial I did over 25 years ago. They wanted somebody low-key so of course… https://t.co/aZupxCRtbe

Regardless, soon you’ll be able to watch High Score on Netflix and enjoy Martinet’s narration. All six episodes will be available to stream only on Netflix starting on Wednesday, August 19th.