Mankind has always dreamed of flight — of being able to veer off into wild blue yonder with nothing but the wind at your back and the sky at your heels. Presumably somebody at some point also dreamed of being able to drive a go-kart off a cliff before sprouting wings and gliding gently to the ground below. And from there they dreamed of spending fictional currency (bought with real currency) to be able to do the same in a video game for mobile devices. Perhaps these dreams are less ambitious, but they’re at least realiziable for individuals in our currently quarantined society. Wait, what was I talking about?

Oh right, the Wing Glider Gacha — er, “Pipe” in Mario Kart Tour, which exclusively features… well, wing gliders for you to roll in, including the new Butterfly Wings that will turn your Mario character of choice into a beautiful fairy princess fluttering through the sky (and who doesn’t want that?). The gacha is live until August 6th at 10:59 PST, so if you want to realize your (un)ambitious dreams of flight, then’s the time to do it by. 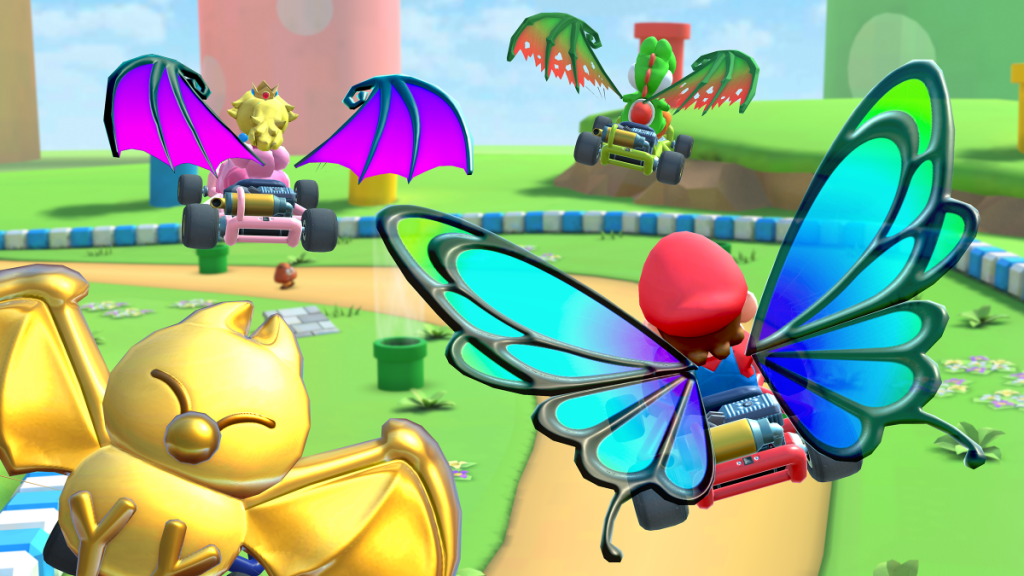