Magikarp, the koi king Pokémon that has had a bad rap over the years. Sure, the Water-type’s moveset is limited at first, but with enough training, you’ll get a powerful Gyarados that is ready to decimate almost any match it’s thrown into. With such determination, it’s no wonder that Niantic is picking Magikarp as the star of August 2020’s Community Day! 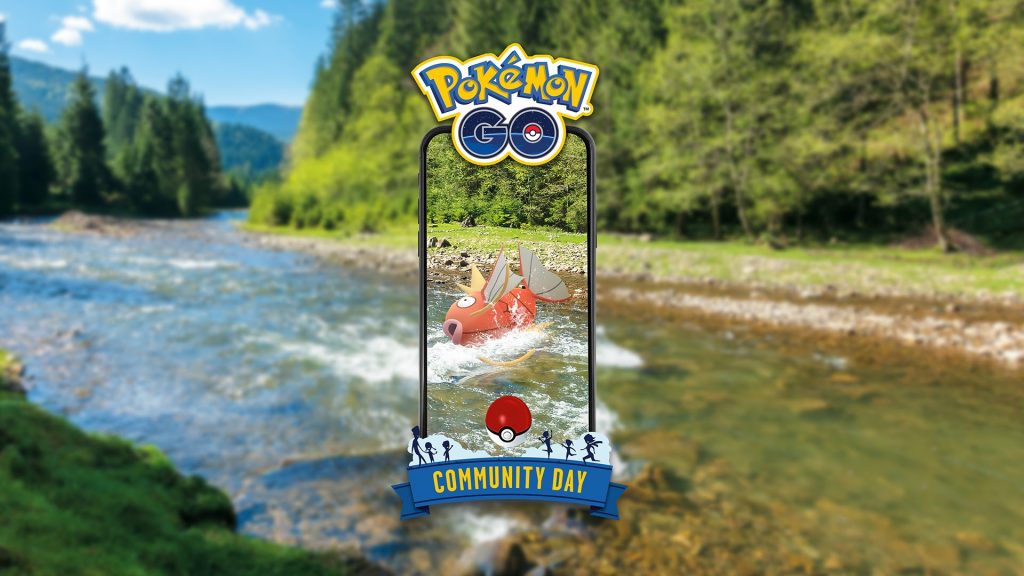 After we recover from the two-day celebration that was Pokémon GO Fest, we’ll have another catching marathon to participate in! On Saturday, August 8th, from 11 a.m. to 5 p.m. your local time, Magikarp will be spawning all over the world! Here’s what Niantic has revealed so far about this upcoming Community Day on the official Pokémon GO blog:

Stay tuned for when tickets for the Making a Splash Special Research story go live! Tickets are nonrefundable (subject to applicable law and the exceptions set forth in the Terms of Service). Please note that this Special Research will not include an in-game medal.

Rest up, Trainers, and prep your Pokémon storage in time for the Magikarp catching-frenzies! This will be the perfect opportunity to finally catch a Shiny Magikarp and also evolve one into a Shiny Gyarados. Gotta relive those playthroughs of Pokémon Gold, Silver, and/or Crystal, after all!