Written and reported by Takashi Mochizuki for news outlet Bloomberg, Nintendo’s gung-ho attitude towards mobile gaming and market is shifting. Mochizuki isn’t the only industry analyst pointing out this change, but he recently presented a breakdown of how Nintendo has reached this decision while also looking at the bigger picture of the entire mobile gaming market.

Starting in May of this year, Mochizuki notes that Nintendo President Shuntaro Furukawa stated the following to investors, “We are not necessarily looking to continue releasing many new applications for the mobile market.” Spooking investors and Nintendo’s stocks the next day, that statement should have not come as a huge surprise base on Nintendo’s release schedule of mobile titles. Promising to release two to three titles each fiscal year, those plans were halted due to various delays (notably Animal Crossing: Pocket Camp). In addition to that, we saw Nintendo shut down its first mobile “game” (social app) Miitomo two years after its debut.

Yet, what about this fiscal year? Granted, we’re only a few months into it, but there haven’t been any new mobile title announcements from Nintendo. Perhaps it’s too early to announce their next project, but Mochizuki’s article points out the following:

But “since the release of Mario Kart Tour in fall 2019, Nintendo’s mobile pipeline is empty,” said Serkan Toto, a mobile games consultant in Tokyo. “In a sense, Nintendo’s enormous success on console reduced the need and the pressure to put resources into mobile.”

Speaking of last year’s releases, Dr. Mario World and Mario Kart Tour brought the return of a fun puzzle series and the mobile version of Mario Kart to more players. Unfortunately, both became afflicted with pay-to-play bundles and/or a subscription pass. Instead of unlocking new characters and items as you progressed in the game, the gacha mechanic was thrown in instead. It’s a “lazy-but-it-works” standard in the mobile market, but this time we saw higher-priced packs ($69.99 in Dr. Mario World and $39.99 in Mario Kart Tour). I understand that mobile titles need to generate revenue for server maintenance and continued support for the game, but seeing how microtransactions were being implemented in these new games, it didn’t show Nintendo bringing a new, innovative pay-to-play model to its iconic Mario IP. All it did was ask fans whether they’d rather plunk down X-amount of money for some gacha pulls, or grind their way through for free. 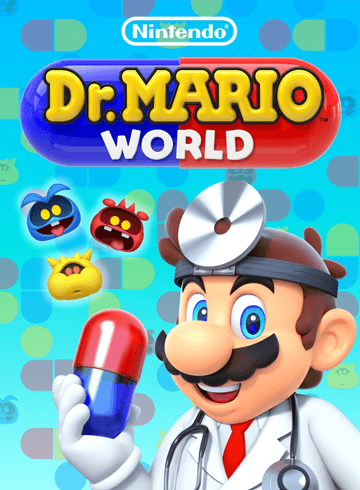 The mobile gaming scene isn’t a complete wash for Nintendo. Animal Crossing: Pocket Camp saw a resurgence this year due to COVID-19 and the release of Animal Crossing: New Horizons, so a perfect storm of chaos produced this result. The entire mobile gaming industry saw a spike in profits due to COVID-19’s fallout, but what happens when the virus is finally combatted with a vaccine? Players will leave and revenue will drop — maybe to the extent of the lucrative market’s bubble bursting. It’s speculation, but why should Nintendo dump money into this sector of the industry when the Nintendo Switch is selling phenomenally well? The console’s library of titles is ever growing too, with various Nintendo titles receiving free updates or one-time-only-fee DLC expansions.

Nintendo’s presence in the mobile gaming market isn’t dead; it’s just in a weird limbo. Until Nintendo can find a way to eliminate the “need” for gacha mechanics or have the ability to tie in multiple games into their Super Nintendo World lands at Universal Studios, they’ll release a game here or there until the mobile gaming development arm is quietly cancelled altogether.