While Community Days have been a staple of Pokémon GO, more recently Niantic tried something new by giving players the chance to vote for the featured Pokémon. Rhyhorn won out, but now it looks like another round of voting will give not one, but two potential Pokémon some added attention, move options, and Shiny rate boosts. 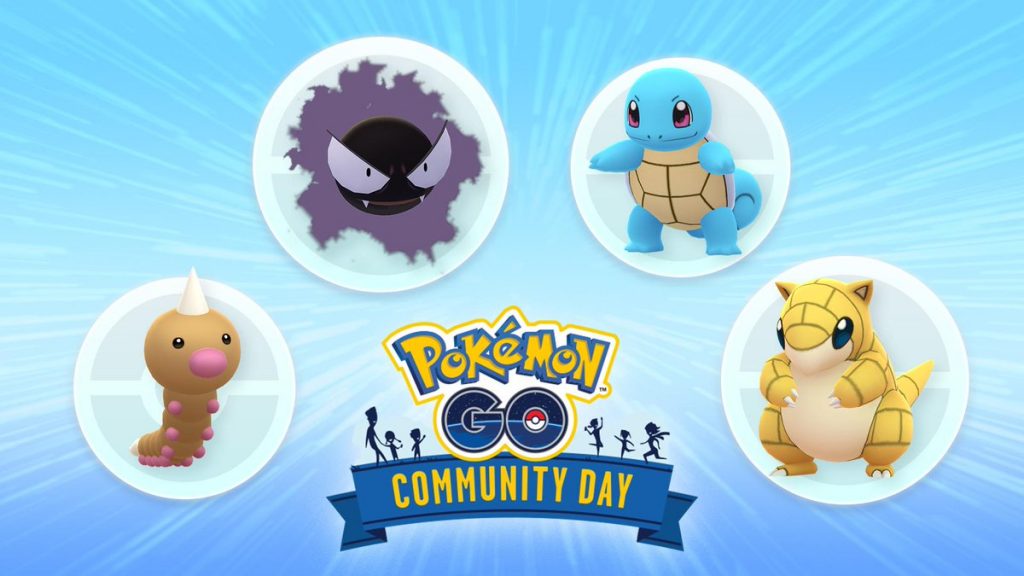 Your Community Day candidates will be Squirtle, Weedle, Sandshrew, and Gastly. Here are the exclusive attacks that would be featured for each Pokémon’s Community Day.

Featured bonuses and more Community Day details will be announced at a later date.

Voting will be held via Twitter, running from 6:00 p.m. PT on May 23rd to the same time on May 24th. That’s 24 hours to try and get Squirtle, Weedle, Sandshrew, or Gastly in the spotlight. Results will arrive “shortly after,” with the Community Days happening in June and July.