Whether we want to admit it or not, we all enjoy seeing people, or creatures, transformed into Funko versions of themselves, and today the company has revealed the latest franchise coming to the Pop! Animation line: Monster Hunter Stories. 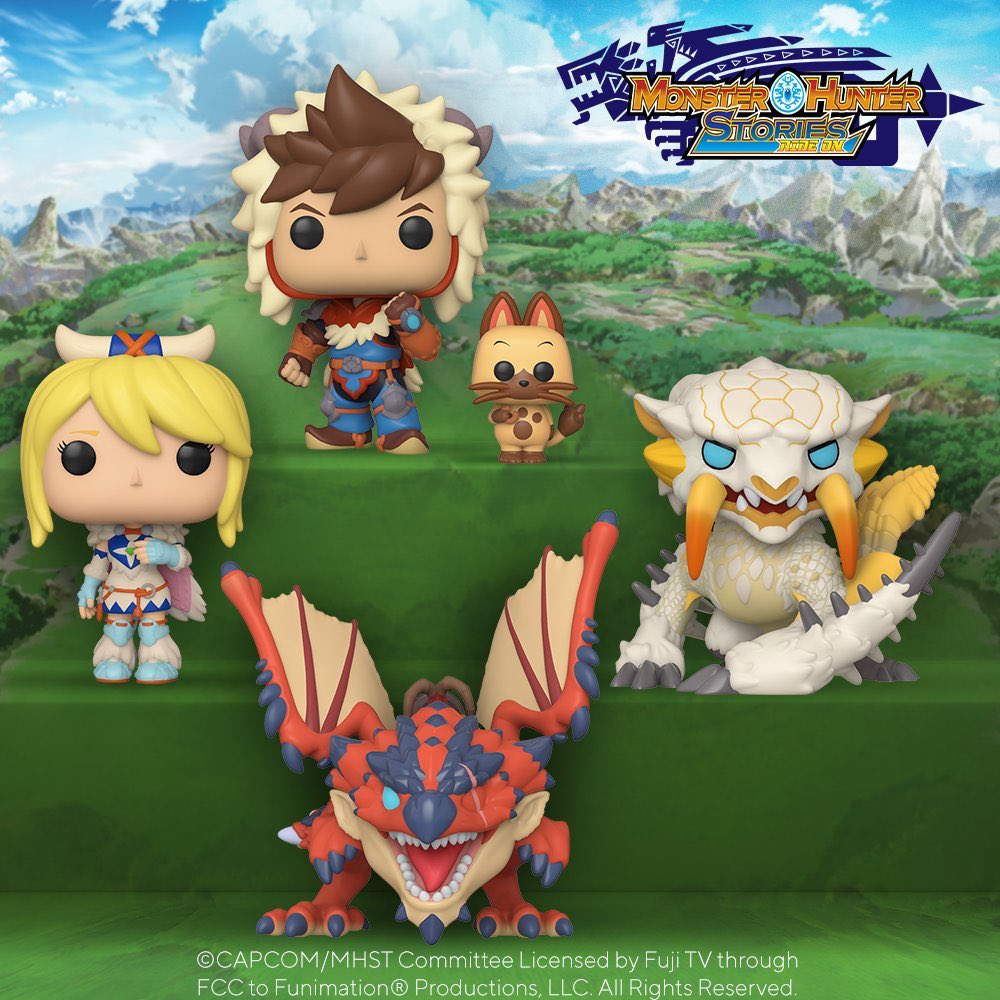 That’s right, the Nintendo 3DS game is getting some love from the folks over at Funko. There will be four characters to choose from: Lute & Navirou, Ratha, Avinia, and Frostfang. This comes three years after the previous Monster Hunters Pop! Games figures were released.

Unfortunately, we don’t have a confirmed release date just yet, but when they go on sale or pre-order we’ll be sure to let you know!