Summer Game Fest, a new “all-digital celebration” coming from the people behind The Game Awards

Though E3 and other events are not being held this year due to the continued presence and precautions of COVID-19, Geoff Keighley and the team behind The Game Awards are coming together with publishers and partners for a new kind of all-digital celebration and season-long showcase called Summer Game Fest.

Running from May to August, the current list of participants for what’s being called ‘Phase 1’ includes the following:

Nintendo may not be listed at present, an even more significant observation due to the rumors of no Nintendo Direct this June, though it’s also stated “…additional publishers [are] set to be announced in the coming weeks.” 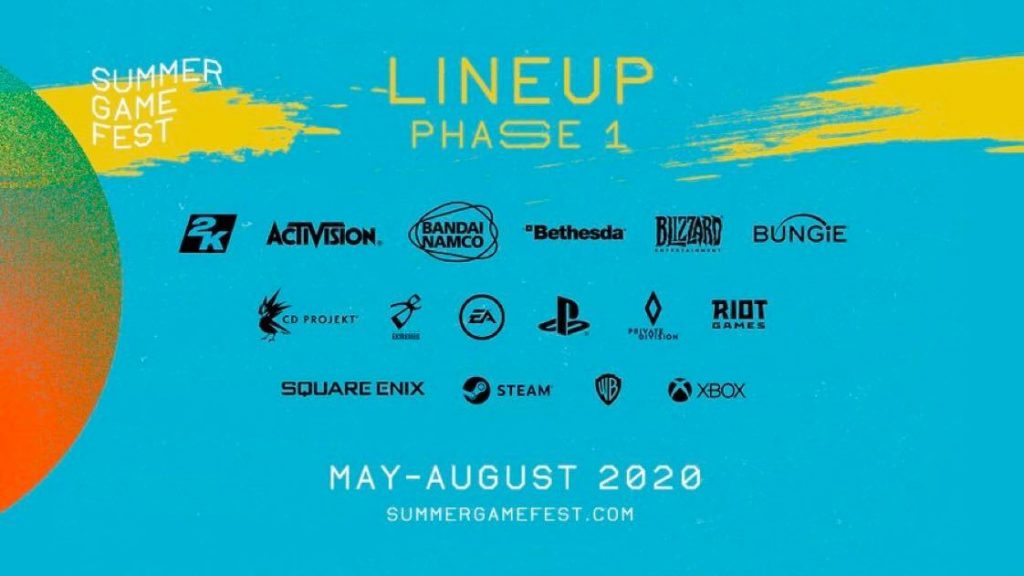 You’ll be able to see Summer Game Fest events on all major platforms, including Twitch, Twitter, YouTube, and more. The full press release, including a statement from Keighley and fuller details on how you can keep up with and take part in Summer Game Fest, follows below.

May 1, 2020 – This Summer, get ready to see the future of video games when Summer Game Fest brings fans a season of breaking news, in-game events, and free playable content. Designed from the ground-up as a first-of-its-kind, all-digital consumer celebration, Summer Game Fest is a multi-month global festival that highlights video games, the world’s leading form of entertainment.

Specific event details will be shared by each game publisher, with additional publishers set to be announced in the coming weeks.

“In these uncertain and challenging times, it’s more important than ever that video games serve as a common and virtual connection point between us all,” said Geoff Keighley, curator, Summer Game Fest. “SGF is an organizing principle that promises fans a whole season of video game news and other surprises from the comfort of home.”

As part of Summer Game Fest season, Steam, Xbox and other platforms will offer fans access to playable, limited time demonstrations and trials of select game content. Specific game content and timing will vary by platform. Steam Game Festival: Summer Edition will run June 9 – 14, with other platform dates to be announced.

Programming that is a part of Summer Game Fest will be distributed across all major streaming platforms, including publisher owned and operated channels on Facebook, Mixer, Twitch, Twitter, YouTube and more global outlets and media partners.