With Tokyo Olympics 2020 delayed to 2021, as well as other measures in place due to containing the COVID-19 pandemic, it was safe to assume that Universal Studios Japan’s grand opening of Super Nintendo World would be postponed too. True, we never did get a clear “launch” date outside of the broad 2020 estimate, so it can still technically open later this year.

Despite all this and the uncertainty of what the world will look like later this year, a lottery campaign hosted by Lawson’s that’s filled with Universal Studios Japan-themed prizes is still going on. From April 15th to May 2nd, Lawson’s customers who make qualifying purchases have the chance to win a private night at Universal Studio Japan on November 20th. Of course, “[p]remium contents are subject to change.” Regardless if you live in Japan or not, that this whole contest brought us a new promo image of Super Nintendo World and an official glimpse at the Mario Kart attraction. 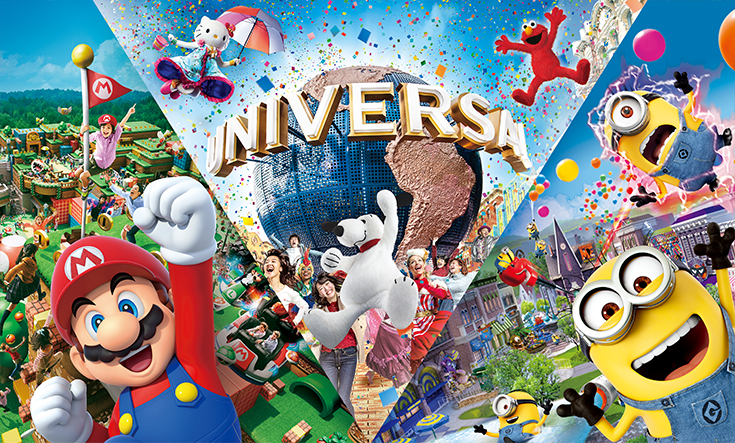 It’s small, but we can see that these karts will seat at least four people, with two people to a row.

Chances are that this promotion was planned last year, and has gone ahead without major changes. Given that the grand prize is slated for November, Universal and Nintendo will wait and make any necessary changes based on the status of closure orders concerning theme parks.