We all know Satoru Iwata played a pivotal roll in curating Nintendo to the juggernaut it is today, and while his unfortunate and sudden death shook the world four years ago, his legend continues to live on. One such story has emerged, recounting the reason why the then-Nintendo president Iwata was barred from giving any keynote speeches at the Tokyo Game Show.

Overall, Satoru Iwata was seemingly banned from speeches at TGS due to his willingness to surprise people with announcements, as he did with the Nintendo Wii. This information comes via an interview conducted by Hobbonichi with Junpei Furihata, the Nikkei Cross Trend Deputy Editor-in-Chief, who was responsible for promoting the Iwata-san book.

Back in 2005, Furihata was an organizing member of the Tokyo Game Show and had invited Iwata to deliver a keynote speech. During this speech, and unknowing to Furihata, the late Iwata revealed the Nintendo Wii to the world, stealing other speakers’ thunder in the process. Thus, Iwata wasn’t allowed to speak again, providing a fair playing field to all invitees. 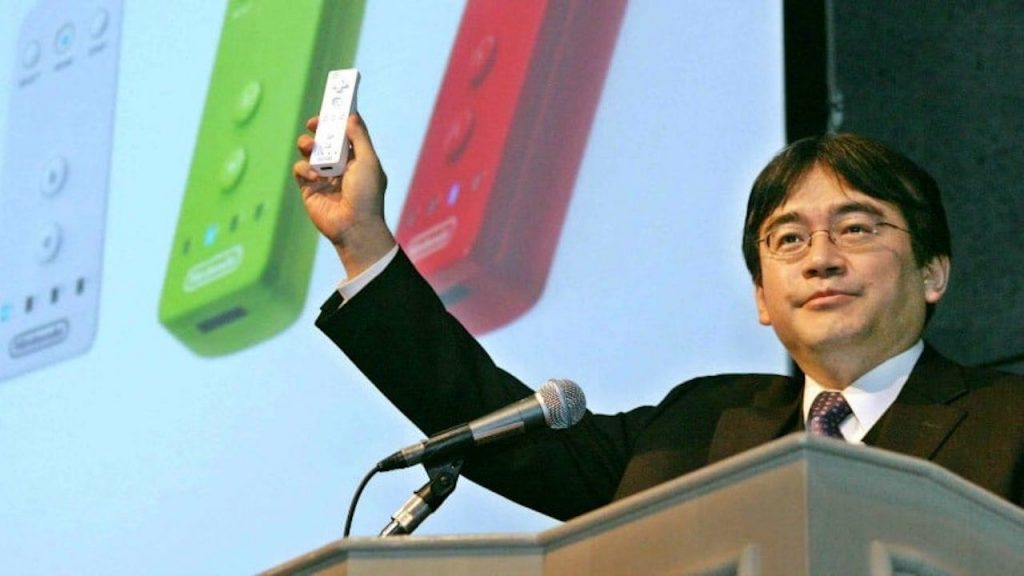 All in all, Iwata was a public-forward person, so it’s no surprise to see his enthusiasm and excitement for new Nintendo products have some repercussions along the way.

For those interested, you can read the full transcript of Habbonichi’s interview with Junpei Furihata below, which has been translated via NintendoSoup.

Back in the day, Nikkei BP was a joint sponsor of (Tokyo Game Show), so I was involved in the management of the Tokyo Game Show at that time. It was 2005, and the Nintendo DS was selling well, so we decided to ask late Nintendo President Satoru Iwata to deliver a keynote speech. We wanted Nintendo to talk about the future of video games.

Of course, the first to deliver the keynote speech would be Nintendo, followed by Microsoft. I had to beg both companies to get on board.

As I was the presenter I received the presentation slides before the speech. But during that time, the speakers never rehearsed before the actual speech, as everyone knew the rough state of the video game industry.

And so the keynote speech began. Iwata-san abruptly announced the Wii (codenamed Revolution at that time). The audience gave a round of thunderous applause, and the foreigners whistled in excitement. On the other hand, the Japanese game media journalists literally froze, hahaha.

Although the game industry was aware that Nintendo would release a new game console, nobody expected it to be announced at Tokyo Game Show. But it was him, Iwata-san, that explained the Wii Remote all by himself while swinging it in the air. It was so impressive that it became a popular topic on the street.

Anyway, he perfectly fooled (hid it away from) all of us all the way till the day of Tokyo Game Show. So when it was Microsoft’s representative’s turn to speak, he told me, “Iwata-san is cunning”. I said, “Nope, I didn’t know at all. Sorry about that.” Hahaha.

A few moments later, Iwata-san said on the NicoNico broadcast, “Sorry about that, I felt it was the perfect timing”.

From then on, we never asked Iwata-san to deliver a keynote speech again. Actually, we would love to have him speak, but there are people who will cause trouble. Hahaha.

I think Iwata-san was a brave person who could do things without batting an eyelid. He decided everything, he went ahead with his decision and announced it. It was a huge impact. The late Nintendo President Iwata-san simply explained it on stage, all by himself.