While the true cultural blitzkrieg of Pokémon GO came and went in 2016, the game has shown a surprising amount of staying power, thanks to regular updates and community events. Because of the dedicated audience the game draws in, it reaches number eight on the list of the top ten highest-grossing mobile games of the entire decade. 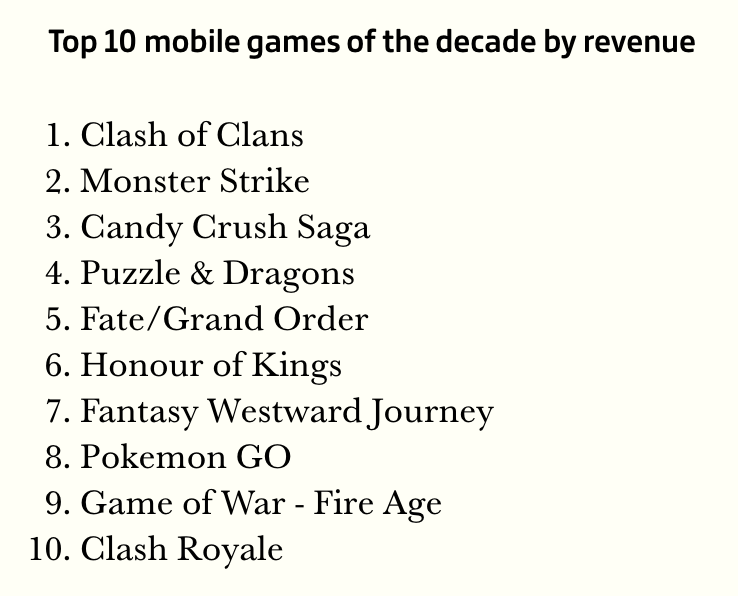 The highest-grossing game of the decade goes to Clash of Clans, which has pulled in a remarkable $6.4 billion worldwide as of this past spring. Pokémon GO, meanwhile, reaches the number eight slot with an impressive $3 billion lifetime total as of this past October.