I spy with my eagle eye… a Super Nintendo World themed bus parked in front of Universal Studios Japan! How cool is this?

Courtesy of @LCASTUDIOS_USJ on Twitter and YouTube, we have a pretty solid look at the “crew exclusive” bus featuring our favorite Mario characters. Princess Peach, Toad, Yoshi, Bowser, Luigi, and Lakitu can be seen in vibrant, bright imagery all over the bus alongside Mario and the theme park’s logo.

You can check out the bus in motion here: 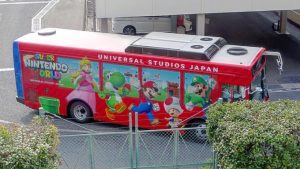 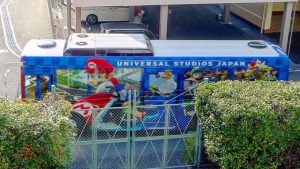 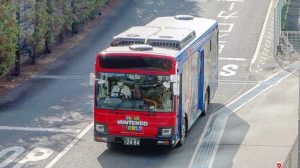 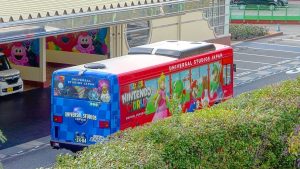 No surprise here — we’re envious of those who are working on the Universal Studios project! Not only do they get to watch the development of the park up close, but the employees also get to use the bus to move around the park. Hopefully the decorative vehicle will stick around for the park’s grand opening so fans can also marvel at its amazingness. And who knows, maybe the bus will be used to help out fans get around, too!