Jeopardy! is a classic of American television, and it’s always tickling to see them focus on something Nintendo-related to some degree. So when they featured an entire category for Pokémon, well, it seemed like a charming move. After all, who wouldn’t love seeing a bunch of clueless Boomers and Gen Xers struggle to figure out what a Bulbasaur is? Which is why it was a bit of a disappointment to see the board feature answers that… don’t really require much Pokémon knowledge to solve at all.

Yes, Jeopardy!, long-willing to dare its contestants to remember the minutiae of what lakes are in South America, threw some softballs when it came to the most profitable media franchise in the world, offering such stumpers as “Pikachu, the most iconic Pokémon character, has shown up as a ‘50 balloon in this annual U.S. parade” or “the process of a Pokémon turning into another is known as this, like plants & animals adapting & changing over long periods” — both of which, you may notice, don’t actually require knowledge of Pokémon to answer. Only the final (unchosen) $1,000 question about Ash Ketchum seemed to require more than an iota of awareness about the franchise. Let us see three middle-aged suburbanites struggle to identify a Meowth, darn it! 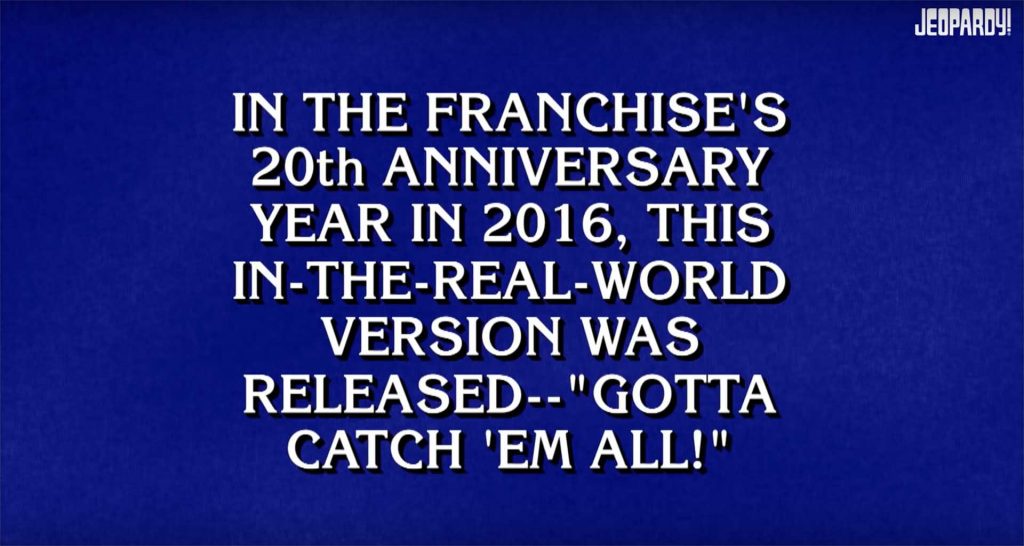 Oh well. It’s easy for millennials who have a region of the brain dedicated to Pokémon to scoff at such easy lobs, but I’m sure Alex Trebek — magnanimous as he is — just didn’t want anyone to feel out of the cultural know. Good on you, Alex. You’re a better man than I.