Mobile game Pokémon Masters will be adding some popular characters to its playable line-up, including Giovanni & Mewtwo, Cynthia & Garchomp, and Lance & Dragonite, plus festive, holiday versions of existing ones and brand-new game modes.

The news was revealed in a YouTube video title “A Message from the Pokémon Masters Team (Vol. 4)” released last night.

Giovanni & Mewtwo will be introduced to Pokémon Masters during the game’s first “Legendary Event,” “Lurking Shadow.”

During the in-game event, players will need to complete event areas to collect “Custom Vouchers”; by collecting 800 of these items players can unlock special area info to add Giovanni & Mewtwo to their teams. 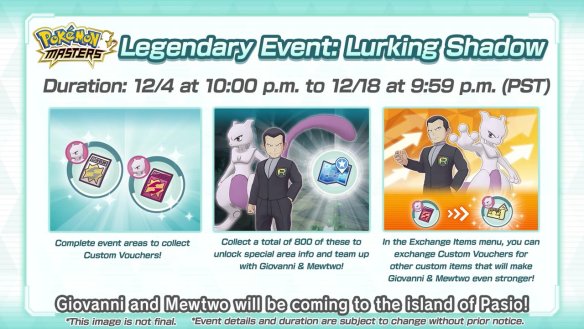 Additionally, the Grimsley & Liepard sync pair will be added to the game as part of the “Grimsley Spotlight Scout,” taking place November 27th at 10 p.m. PST to December 18th at 9:59 p.m. PST.

Players who log into the game every day during this period will also receive up 4,200 gems as part of the “Legendary Event Support Rally.” 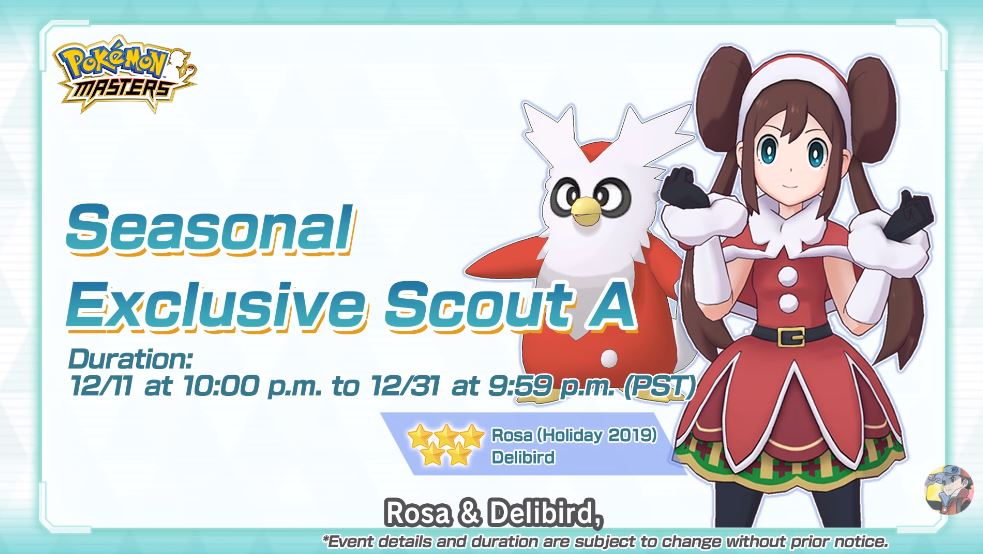 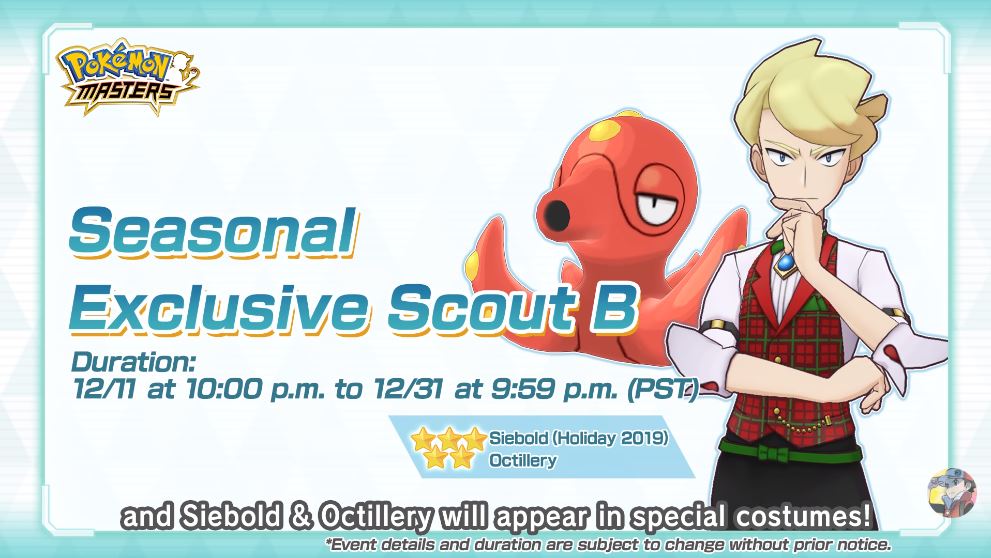 Lance & Dragonite and Cynthia & Garchomp will also debut “as [the game heads] into the new year.”

In early 2020, several new features will be added to the game: In January, the “Sync Grid” will debut, allowing players to “train sync pairs in [their] own personal way.”

In February, the single-player “Battle Villa” mode will launch, which focuses on “different types and roles of sync pairs.”