Nintendo has revealed that a pastry chef-themed Shy Guy and a Toad in a pit crew outfit are the next playable characters headed to mobile game Mario Kart Tour. 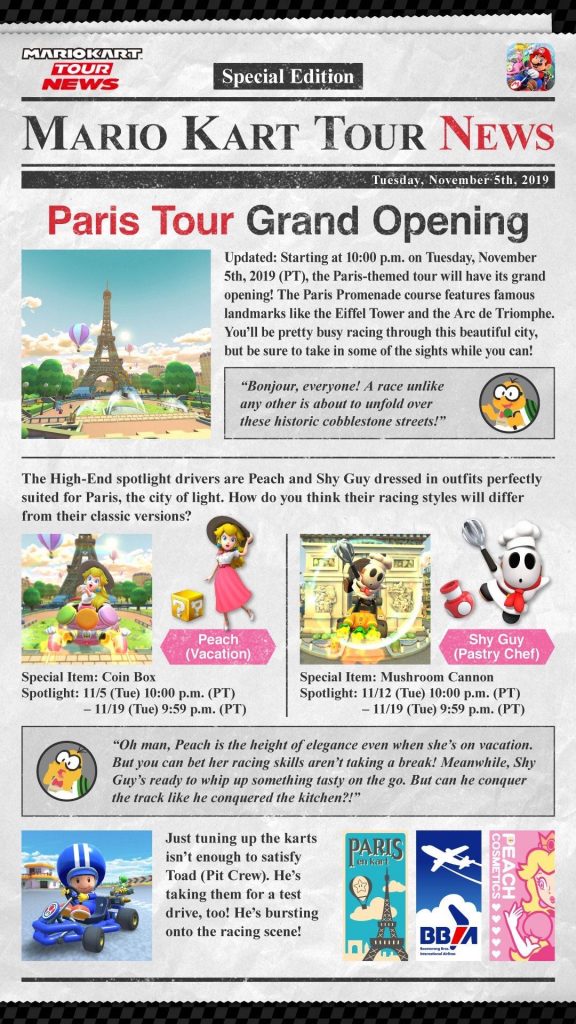 Peach (Vacation) will have the Coin box as her special item and will be the Paris Tour’s Spotlight driver from November 5th at 10 p.m. PST to November 19th at 9:59 p.m. PST.

Meanwhile, Shy Guy (Pastry Chef) will come equipped with a Mushroom Cannon special item and be the Paris Tour’s Spotlight driver from November 12th at 10 p.m. PST to November 19th at 9:59 p.m. PST.

No more information was provided regarding Toad (Pit Crew).

Nintendo also released a new trailer for the Paris Tour, which shows off the three new drivers in action along with footage of the Paris Tour’s new course and some new karts, as well.

What’re your thoughts on the new drivers? Sound off in the comments and stay plugged in to Nintendo Wire for more Mario Kart Tour news as it drops!