You can now pre-order the First 4 Figures Luigi’s Mansion 3 Statue at Play-Asia. Both the standard and Collector’s Edition (with Polterpup) are available. Save 5% when using the code NINWIRE at checkout!

Luigi’s Mansion 3 is only a few weeks away from release, and the opportunity is ripe for merch of everybody’s favorite lean, green, ghost-busting machine. Fortunately, First 4 Figures has us covered, as it’s revealed a brand new PVC statue based on the superior Mario brother, Luigi, clad in LM3 gear.

The statue comes in three variants: a standard edition that includes just Luigi, a collector’s edition that includes Polterpup and a number of LED light-up features, and an exclusive edition on F4F’s website that comes with an authentication card and a special premium box. The fanciest edition only runs for $115, which is honestly a pretty great price for a figure this nice. 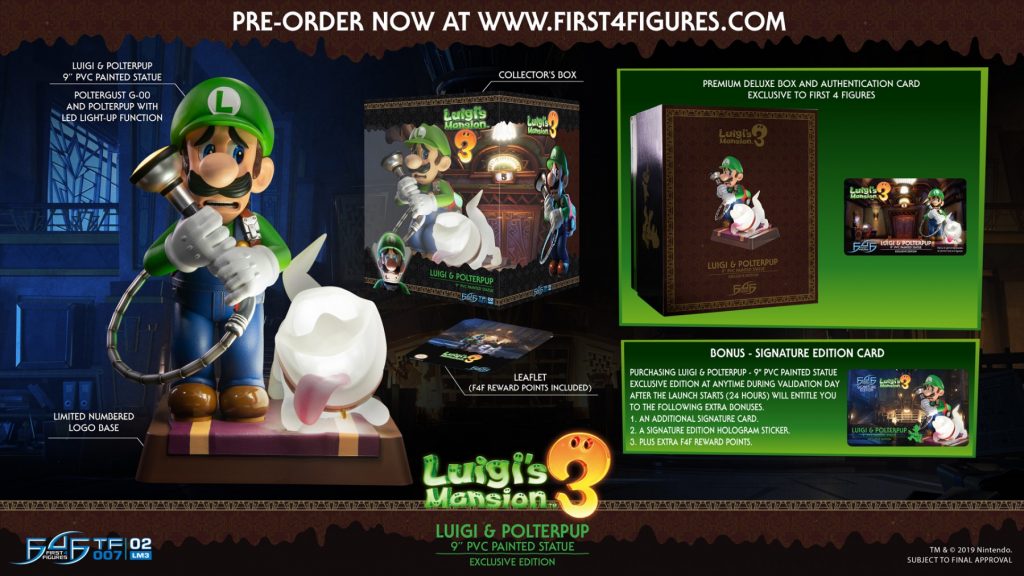