Pokémon GO is fast-approaching its 3rd anniversary and Niantic is ready to celebrate! Trainers from around the globe will be busy this summer, as Niantic starts the party early on Friday, June 28th. Along with new features getting added to the game, limited-time appearances of Party Hat Pikachu (and Pichu too), new research, and friends bonuses when raiding and trading, we have a cool new piece of art work to check out. 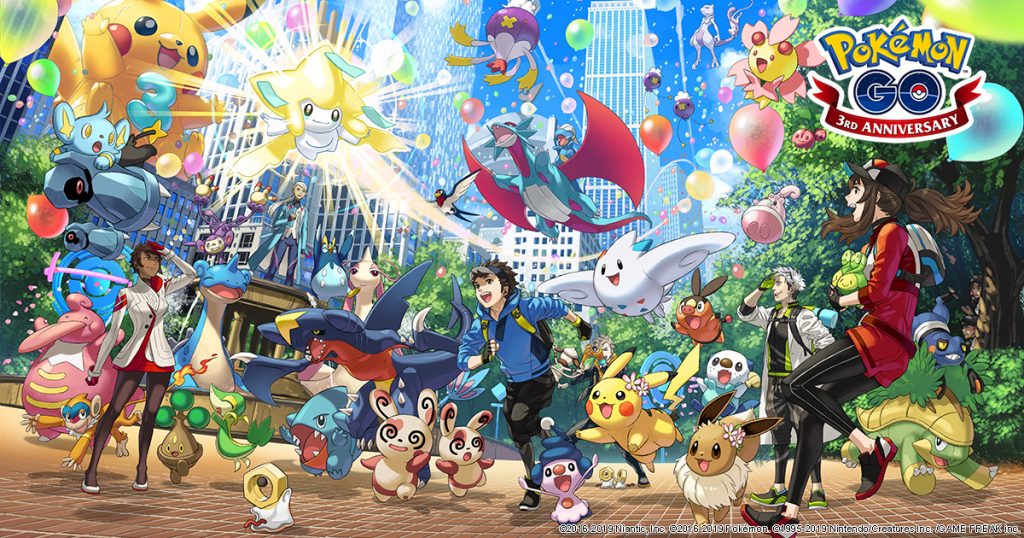 Playing on the idea of “everything comes in threes,” there are also some “hints” as to the updates that Pokémon GO will be undergoing. Notably, the starter trio from the Unova region (Snivy, Tepig, and Oshawott) are joining in on this Pokémon parade. Jirachi is making a grand appearance here, after making an exclusive Pokémon GO Fest Chicago debut, hinting at its global reveal. Lastly, if you can zoom in to the right, its looks like Team Rocket has sent out a couple of grunts to crash this anniversary… Time to prepare for trouble!

While we wait for Team Rocket’s grand reveal and their infiltration in Pokémon GO, you can start celebrating the game’s 3rd anniversary with the following new features: