Final Fantasy music has been summoned on Spotify and Apple Music

Whether or not you’ve been enthralled by any of the Final Fantasy games, chances are you’ve heard music from the series. Iconic, haunting, joyful — the franchise has an extensive music catalog that complements the ups and downs of each title’s story. Starting now, you can listen to a large portion of that music through popular media services. 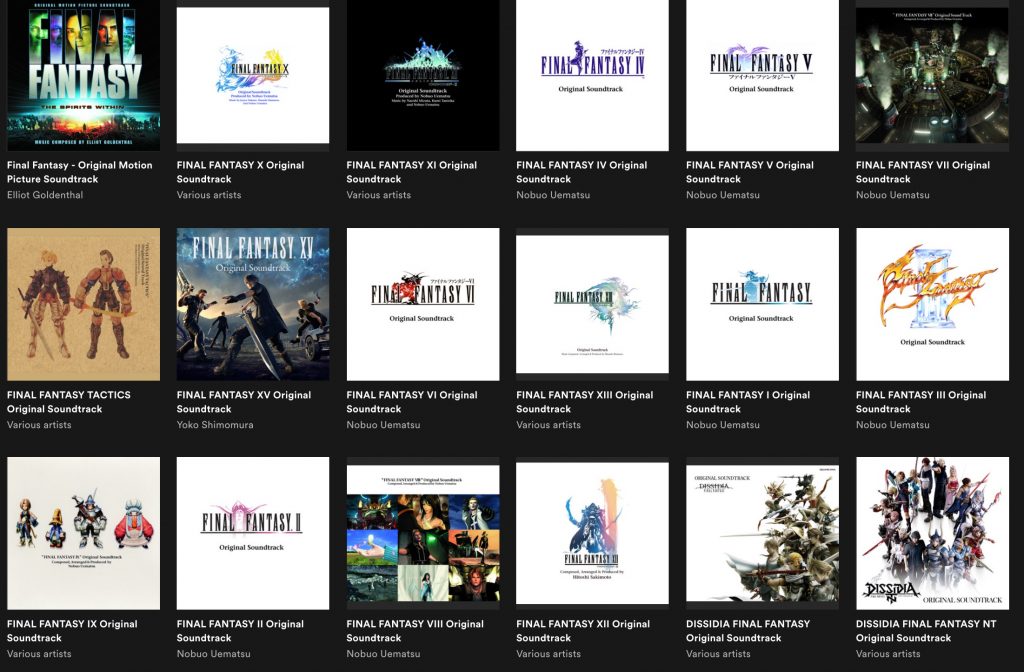 To check out what’s available you’ll have to word your search inquiries very carefully. The best string of terms I’ve found to work is “final fantasy original soundtrack.” Why this method? Most of the the song titles are labeled with their Japanese names. Regardless of that small hurdle, it’s worth it to lay back, relax, and listen to some of the best video game music ever made with ease.