This year’s E3 is looking a bit different, at least from the perspective of floor plans. Sony announced that they will not be attending this year, which means their booth space was up for grabs. Everyone’s been wondering whether another company would be taking over Sony’s space, or if Nintendo would expand their own booth onto that area of the floor.

Sadly, the latter of those two scenarios is not the case. The interactive map for E3 2019 is available now, and it looks like Nintendo is in their usual spots, Booths 4822 and 5244. Across from them is an assortment of companies, a networking lounge, and booth spaces that have yet to be claimed. 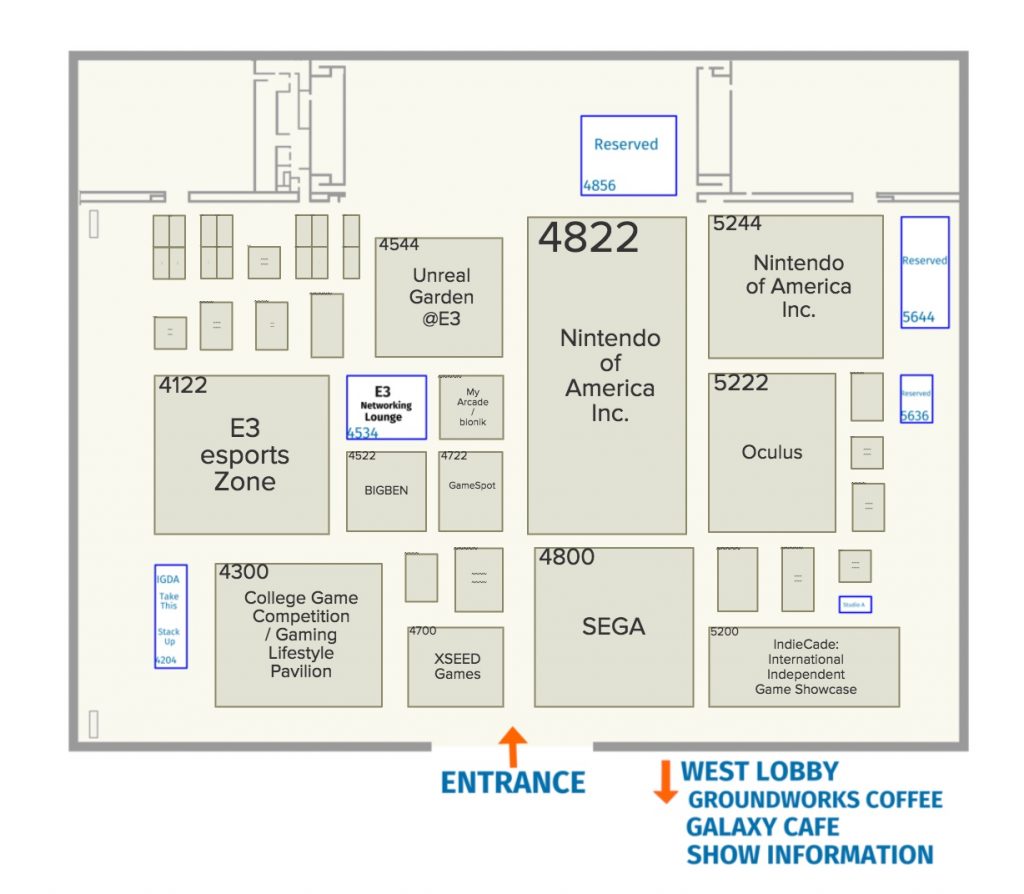 With less than a month to go, who else will be a hop, skip, and a jump away from Nintendo? Thankfully, we won’t have to wait too long, and we might even luck out with the map receiving an update over the next few weeks.