Pokémon: Detective Pikachu – The decisions that led to a critical hit instead of a KO

The “magic” behind making a movie exists in ways you may or may not suspect. The whole production process comes in waves and phases — and it’s ultimately realized on the big screen (at home or in theaters).

Of course, we as humans have a stellar track record for not only succeeding in these endeavors, but also failing miserably. Personalities and egos clash, the idea to “re-invent the wheel” is agonizingly proposed, scripts are rewritten after contracts are signed, a producer is blindsided by what they want, someone’s artistic direction suffocates a story, the interpretation of an established property is so off-based that it doesn’t live up to its high legacy, and so much more. Easily, every single movie project out there can live and die in “production hell” — never to see the screen.

From what was shown on Day 1 to the public, Ryme City felt real. A world where Pokémon and humans lived together in the hustle-bustle of a neon metropolis. With each and every trailer showing a new scene, a new location, everything was clicking beautifully. A location out in the wilderness — what Pokémon would be there? (Grass-type for sure, and perhaps some Fairy-types, too.) A thriving city where life is always on the go — how would Pokémon live there? What creatures couldn’t call this place home? What environment would they need to thrive? 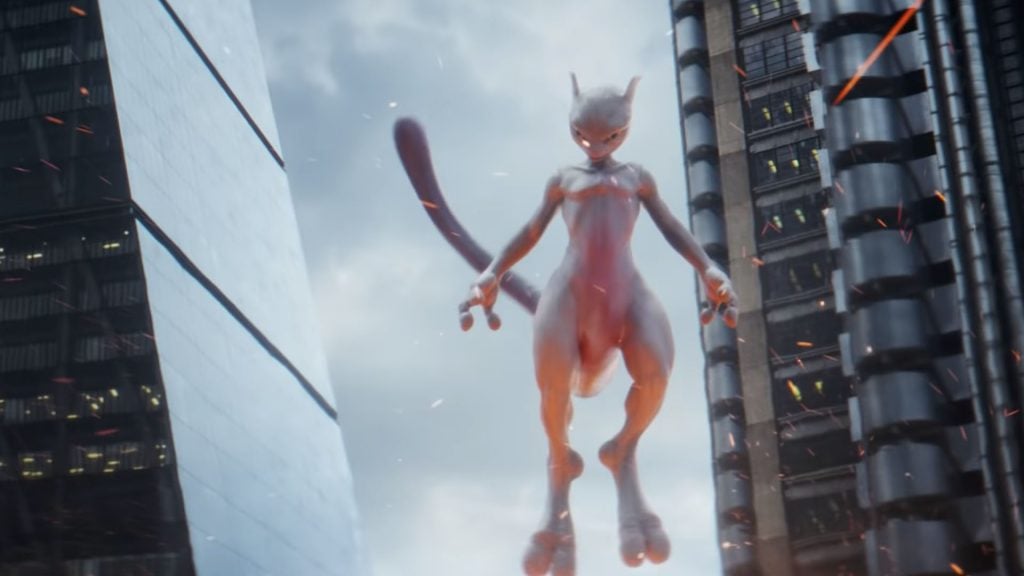 Pokémon fans have been imagining mashing up our world with the adventures that the Pokémon franchise has presented for years. No matter what game and graphical limitations, we’ve been able to construct our own fantasy from pixels, polygons, and beyond. Trying to bottle this collective ideal is near impossible, as we all have inserted ourselves into the desired role, a thriving life joined by at least one particular Pokémon.

To “be the best that ever was” the Pokémon Company and Legendary Pictures were smart in approaching this issue while dealing with a potential audience that didn’t dip their toes into Pokémon. Brian Ashcraft from Kotaku was able to interview the cast and director Rob Letterman during their Tokyo press tour — this is where some of the production decisions and methods came to light.

First, the setting. There are dozens of Pokémon games and a number of regions that come with them. Messing up Pallet Town would alienate the fanbase and would leave general audiences having to carry the monetary support. Thus, “[t]he decision not to make a cinematic version of an iconic game like Red & Blue or adapt the anime was made by Legendary Pictures and The Pokémon Company before Letterman was hired to direct.” Setting those limitations in place, a new adventure could be crafted, one where battling eight gyms and the Elite 4 didn’t have to be the center of attention. 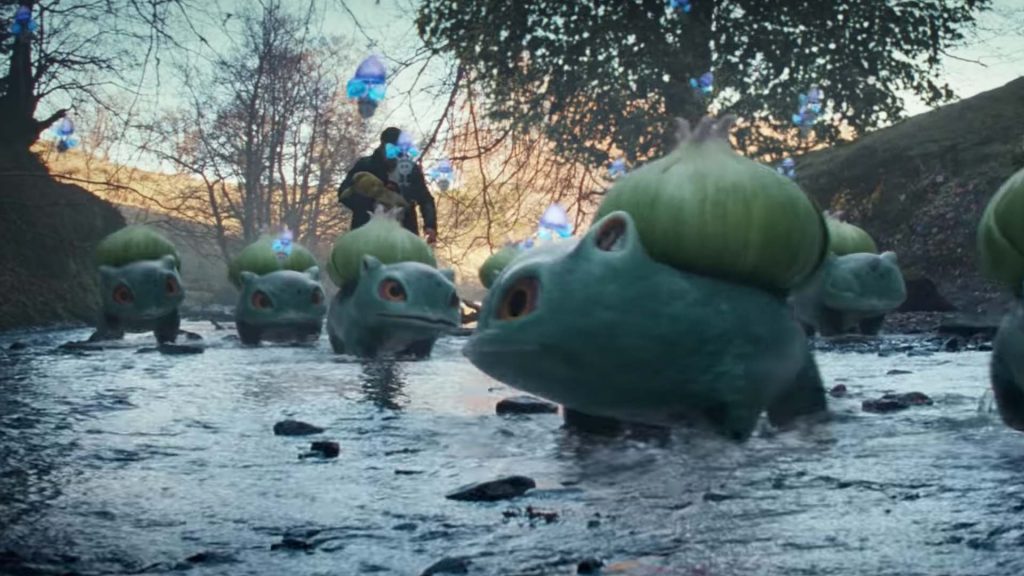 Ryme City is a fairly new location in the world of Pokémon, yet not solely new to the Pokémon brand, as it debuted in the spinoff game Detective Pikachu. A game that not every Pokémon fan has played, this world and adventure could be used as a blueprint. Further expanding upon the confines of a 3DS, Ryme became a city that could resemble something found in our world while meshing smoothly the Pokémon aesthetic. Swap out the idea of people walking their dogs and/or cats, birds pecking for food scraps, rats scurrying throughout alleyways, and insects buzzing about — with Pokémon instead. Ryme City becomes a mashup of famous cities of today through these changes.

The Pokémon Company’s direct involvement didn’t end during the pre-production phase. They were a constant presence every step of production in order to keep everything in line with the concept of a Pokémon world.

“We worked closely with The Pokémon Company, and the original creators and original designers,” Letterman said. All concept art was sent to Ken Sugimori, who drew the original Pokémon and still oversees the art director. “We got notes, feedback—I mean, very detailed notes [from Sugimori]. We collaborated with them directly on this movie,” said Letterman, “because we want to get it right.” Then when filming began, “[e]very day on set, there was a Pokemon expert[.]” Quality control was always in place and checked, not leaving it to be locked away in only editing (needing re-shoots and a miracle to save it at that endstage.)

Thanks to The Pokémon Company being very particular about how Pokémon is presented and the fanbase it has garnered, the quality was also kept in check thanks to the countless number of fans who now work in the industry. From animation, lighting, voice acting, and marketing, whatever the end product would be, it was going to be vetted and loved by fans, for fans. 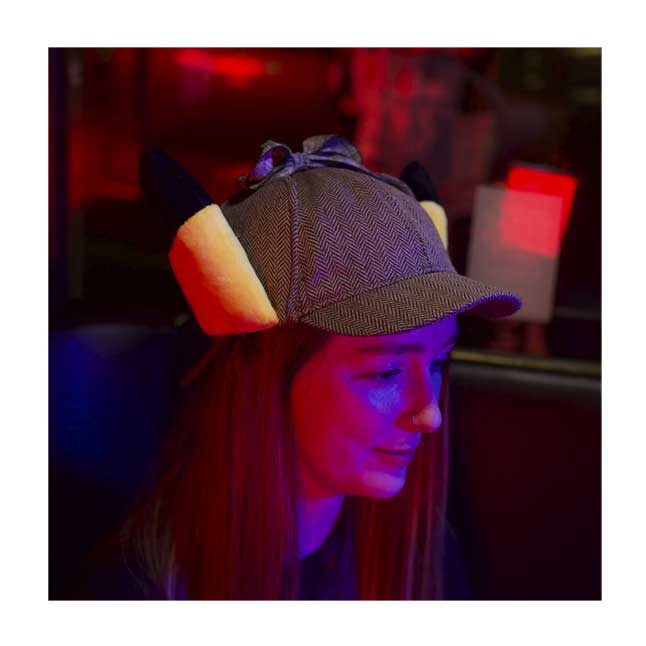 Moving from the visuals to the scripts, Pokémon’s main storylines (outside of the games) are expressed in a long run anime and an endless manga series. Both of those stories differ, and in addition to that, Ash Ketchum has had over 20 years of exploring the world of Pokémon — and perpetually being ten years old. Trying to take even a page from Ash’s journey and cram it into the movie would have been an issue for fans. Comparisons of what was omitted or how characters were presented would instantly come up in discussions among those who have followed Ash’s journey. Even Justice Smith touched on this with Kotaku:

“There’s pressure, but I felt like that because we were playing characters who weren’t like pre-established. I know that Tim Goodman is a part of the Detective Pikachu game, but he’s not like Ash Ketchum. So, you kind of feel some liberty to create your own person inside of this universe. So, I felt I had more freedom than I would if I was playing someone everyone knew.”

Kathryn Newton’s character, Lucy, luckily gets the advantage of being a brand new character and having endless amounts of freedom to fit into the film’s story and world. Sure, you can argue that she’s a combination of Emilia Christie (reporter in Detective Pikachu) and Misty (Pokémon Trainer turned Gym Leader in the anime series), but those traits are more references that fans will pick up than anything else. 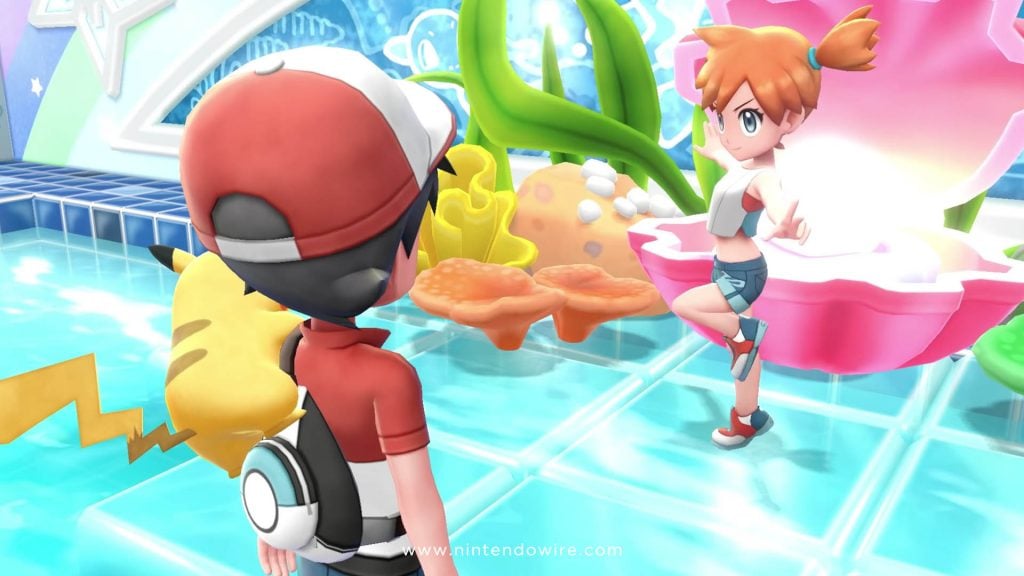 Being able to take the essence of Detective Pikachu and play up the detective and film noir genres (and all the conventions and tropes they bring) gave the team behind the film enough “room” to experiment with. They had restrictions in place in other aspects, but they were still able to play off of the rules that were established. This limits the notion of trying to jam a square peg into a circle, and if something isn’t working, there’s at least one nerd nearby to go “Well, actually…”

I could go on and on about every right decision, each nerdy detail that made it into the final cut of Pokémon: Detective Pikachu. Ultimately though, every piece in the film supports the world established on screen as well as paying tribute and celebrating the 23 year legacy of Pokémon.