We’ve been eagerly awaiting the release of Pokémon: Detective Pikachu, and now, thanks to advance screenings, we have reactions to help the hype build even more. The film’s press tour started over the weekend with the cast in Beijing. From there, they were off to Japan to begin the next leg of the press junket. (The film debuts a week early for Japan.)

If you’ve been following @detectivepikachumovie on Instagram lately, you may have noticed that not only were press outlets invited, but also various social media influencers. From swag boxes that will have you yelling “Pika Pika!” in jealousy, to adventures throughout Japan and various Pokémon Centers, it can’t just be all play and no work. 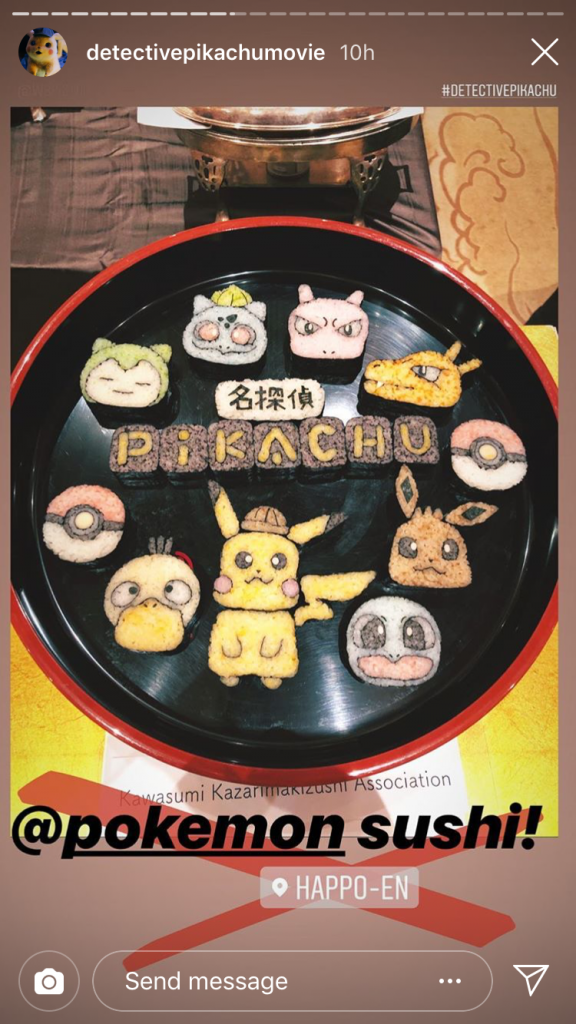 We’ve started to see some press interviews make their way online. Good Morning America (GMA) had a jet-lagged and snarky Ryan Reynolds and Justice Smith on for a segment. Thankfully, the humorous exchange has been uploaded to YouTube so we can all enjoy the moment:

Justice talked a bit about his relationship with the franchise, which he has mentioned in written interviews previously. Here, we can see him gush a bit about Pokémon Gold, watching the anime, and collecting the trading cards. While he didn’t get to mention his love for Totodile on camera (that’s his favorite Pokémon, and no doubt he’ll fan spazz if the Water-type starter makes it into the film’s sequel), you can definitely tell that the role of Tim Goodman is in good hands.

Ryan was able to comment on the film’s process. We’ve already seen clips of him on set, but now we know that, ultimately, he recorded Detective Pikachu’s lines elsewhere, alone. He was also ribbed about this being a film that his daughters can actually see.

Good Morning America will have the cast back next week when the North American press junket starts. In fact, we might even see something special when everyone makes the trip to Los Angeles.

The whole event isn’t exactly set in stone yet. Colton Haynes (who plays Roy Harper on The CW’s Arrow) first pitched the idea on Twitter and soon the the following thread was created:

Benji and I are kind of a team, so…

Dan is in too.

Ok…Benj, you get to work on the script & Ryan, you find someone to film…and I will sort out our outfits…this is very serious work we are doing 🤗 I’m too excited RT @VancityReynolds: @BenjiSamit @ColtonLHaynes @PokemonGoApp Benji is in.

Ok and Dan…you can sort out jokes & plan the route RT @CubanMissileDH: @VancityReynolds @BenjiSamit @ColtonLHaynes @PokemonGoApp Benji and I are kind of a team, so…

Well, there’s a little out-of-the-way place I like to go, maybe you’ve heard of it, the Third Street Promenade.

The best place for community day. I have an extra shiny lapras to trade you so get your million stardust ready haha

From there, the tweets poured in. MYSTIC7 and Nick from Trainer Tips volunteered to take part, as well as a plethora of fans. I even jumped in asking if this Trainer squad could take Pikachu and Eevee with them too, as they were able to get their own Poké Stop established for the day when promoting Pokémon: Let’s Go! last September.

If this happens, it’s highly possible that Niantic will use this opportunity to drop a Detective Pikachu themed Pokémon GO event. Will Ryan Reynold’s voice be used though? That would be a nice surprise!

Needless to say, the people behind Detective Pikachu’s press and social media will be driving the hype train at full speed as we get closer to the film’s worldwide release on May 10th.