Every year, the Reputation Institute conducts RepTrak, a survey of which corporations and brands across the world are “most reputable.” This includes surveys limited to particular regions as well — and in the US this year, one particular Japanese video game manufacturer cracked the top ten.

Yep, Nintendo is (purportedly) the 9th most reputable brand in the country, more respected than Lego and less so than Costco. While this info is more along the data analyst end of things than any sort of popularity contest (I would wager the average citizen probably likes Nintendo more than #4 ranked Rolex, for example), it’s an interesting indicator of the Big N’s current goodwill in the US, outranking both Microsoft (#31) and Sony (unranked) — though both of those are in the Top 10 worldwide, with Nintendo not in the picture there. 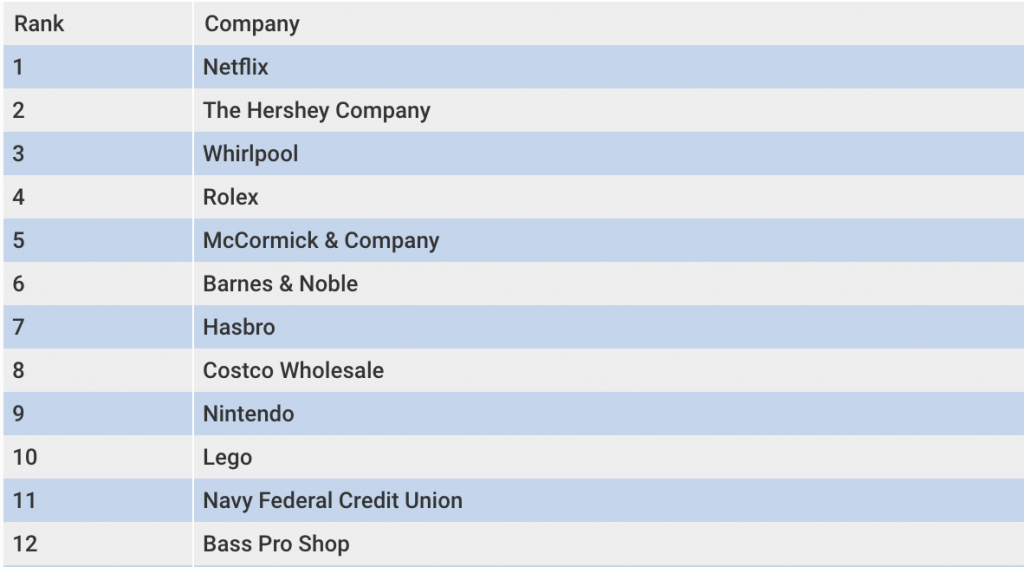 You can check out the full RepTrak list on Forbes.