For fun: Pokémon or prescription medications?

Have you ever taken a look at the label of an antibiotic bottle, or seen a commercial for prescription medication and thought to yourself “that could probably be the name of a Pokémon”? If you have, I wouldn’t blame you… and apparently, neither would the people over at Game Informer.

In the latest issue of the gaming magazine, the writers have included a small game for readers to play that encourages you to differentiate between the names of actual Pokémon, and the names of prescription medications. For hardcore Pokémon fans, this might be a piece of cake, but even big fans of just the older generations might have a hard time with a few of these potential answers.

I won’t mention what Pokémon are included in the puzzle, because it’d just ruin the entire game. Instead, try to figure it out for yourself… without looking at the answer key at the bottom. 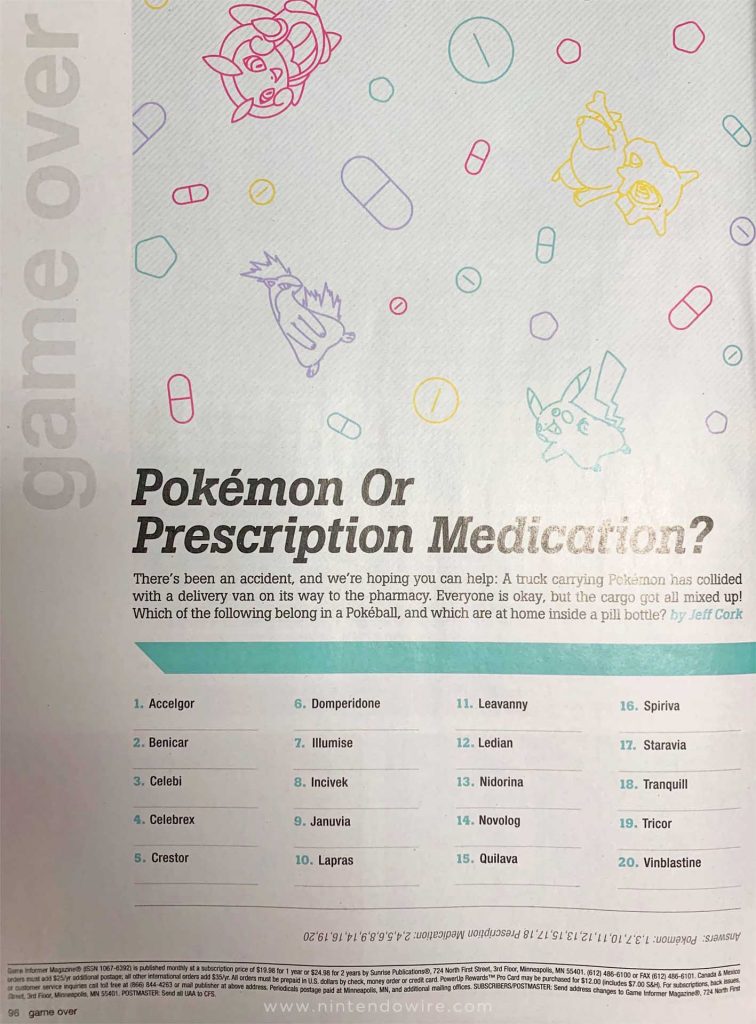